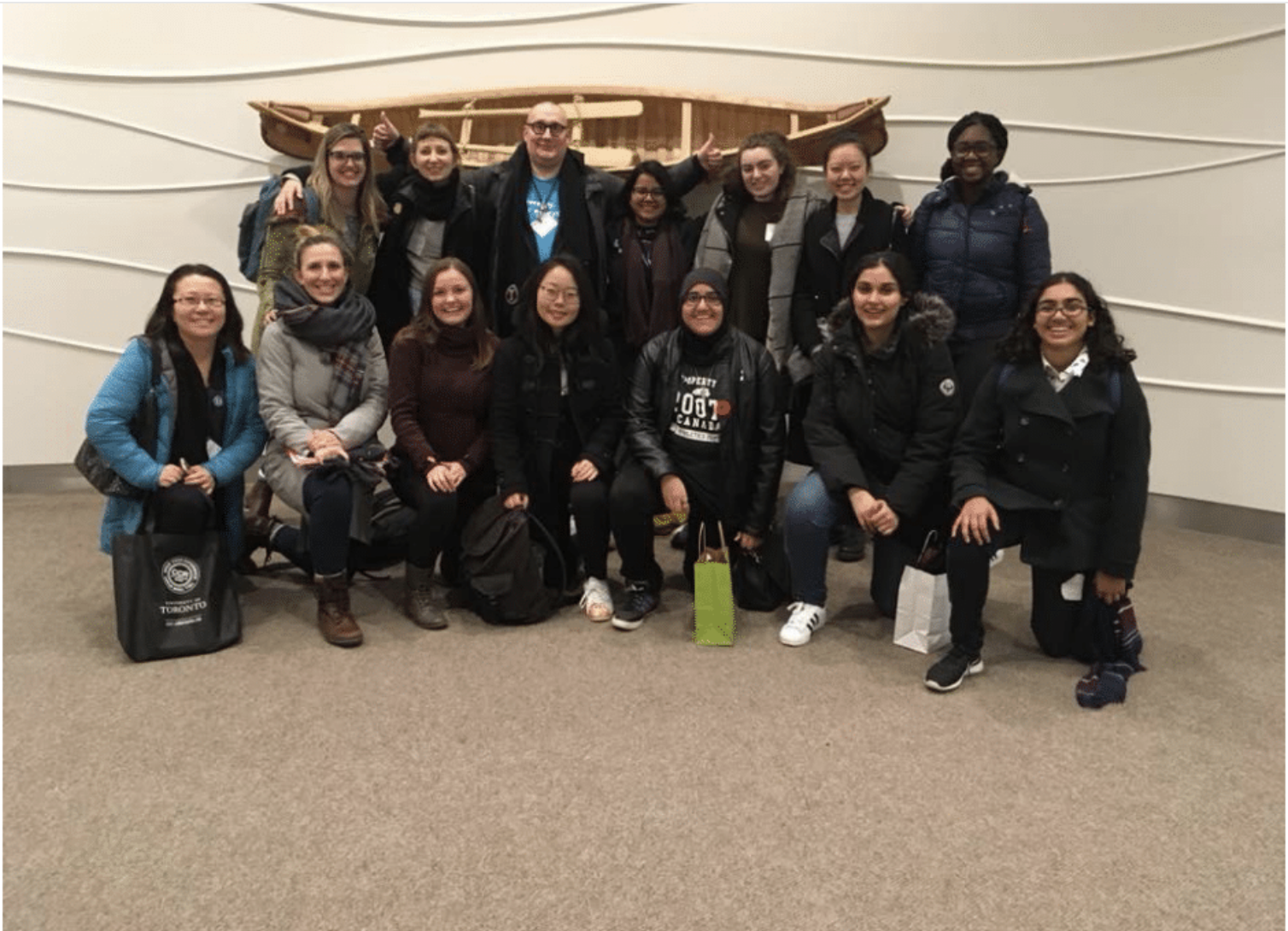 Discovering leadership in the heart of Canada

When we sat through the 150th anniversary of the House of Commons session, surrounded by 338 leaders of the nation, five ex prime ministers and one Justin Trudeau passionately commemorating his promises regarding tax evasion, I knew we were part of history.  The history of everyone gathering for the common cause of leading the nation to a brighter future. For the 14 of the University of Toronto students who were present, it was to see historic leadership in action.

The leadership exchange program, a three-year brain child of Sarah Memme and Samantha Hartlen of the University of Toronto Leadership Programs, spanned three days during Fall Reading Week. We were housed in the historic Ottawa Jail Hostel. Our trip started with a visit to Rideau Hall, the Governor General’s residence. On the way we casually parked in front of 24 Sussex Drive until getting called out by the PM’s security. Highlights of Rideau Hall included indigenous appreciation, representation of female leaders and expression of the Governor Generals’ morals and leadership style through their crest designs. After a quick lunch, we walked up to the Parliament to attend the question period of the House of Commons Session. We sat through the 2-hour questioning period, watching the Conservative Party grill Mr. Trudeau over Paradise Papers. The members’ passion for their community was noted. We were honoured to have Sason Ross, one of Foreign Affairs Minister’s officials, give us a private tour of the Parliament afterwards. We explored the Indigenous Room and the Senate meeting rooms and learned about how historically changing policies have been passed in said places. It was refreshing to see Sason’s approachability as a young leader and his willingness to help others, after the gruelling questioning period.

The next day we headed to the Glebe Neighborhood. We started our day with a scavenger hunt, which was an interactive beginning to know the neighbourhood. Afterwards we headed to the Glebe Neighborhood Activity Group (GNAG), to talk with the directors Tim and Ally. They provided us with an amazing home cooked lunch while enlightening us about how GNAG worked. Every staff member of the GNAG had their positions designed specifically for themselves. It was a highly collaborative environment and Tim and Ally emphasized much on working directly with the community and never losing sight of GNAG’s goals. Their statements provided an alternate perspective from the Parliament’s authoritative and bureaucratic take on leadership. It was a delight to see the community’s strength and commitment being passed through multiple generations.

We headed to University of Ottawa in the afternoon and were warmly welcomed by the students and staff. We sat down and chatted about our thoughts on leadership, built houses with M&M s and toured their beautiful campus. UOttawa students were surprised by our diverse leadership styles and experiences, and we were grateful to have had a stimulating conversation with them about community leadership.

On our final day we went to Carleton University and the Shopify Headquarters. In Carlton we sat down with staff members to talk about leadership in their roles. Interestingly leadership had evolved and molded into a unique form to accommodate for their roles. One remark, “Look at leadership roles beyond titles” made me realize that we do not need a designated title to be a leader in our community, rather it is through applying our skills and strategizing our experiences for making an impact.

At Shopify, our last stop, we were privileged to ask questions to a panel of team directors who accommodated us in every issue, from sustainability to business models to wage equality in the company. Shopify was one of the coolest workspaces to have existed. From themed floors to free food and giant slides throughout the entire office, it was amazing to see how the company had accommodated their employees to ensure maximum potential. The panel had strongly encouraged that we focus on self awareness and honesty to be great leaders, and that the willingness to adapt and open dialogue for the betterment of the organization was important. It was an eye-opening experience to see the ever-changing professional environment that ensures a collaborative and safe environment for its employees to thrive in. It brings in the revenue, boosts the company’s morale and everyone goes home happy.

As we spent our very last night in the Clocktower Pub chatting about our experiences and reflecting, we realized how much we’ve learned not only from the sites visited but also from our team members. We learned to work together as a team and have become close like family only over the span of a week. We all had a common purpose, and that was to be better leaders of the community.

Bushra Ahmed is a third-year New College student. She studies Neuroscience, and works to bring awareness to mental health and peer-to-peer support on campus. She enjoys reading books, obsessing about cats, and crying over deadlines.