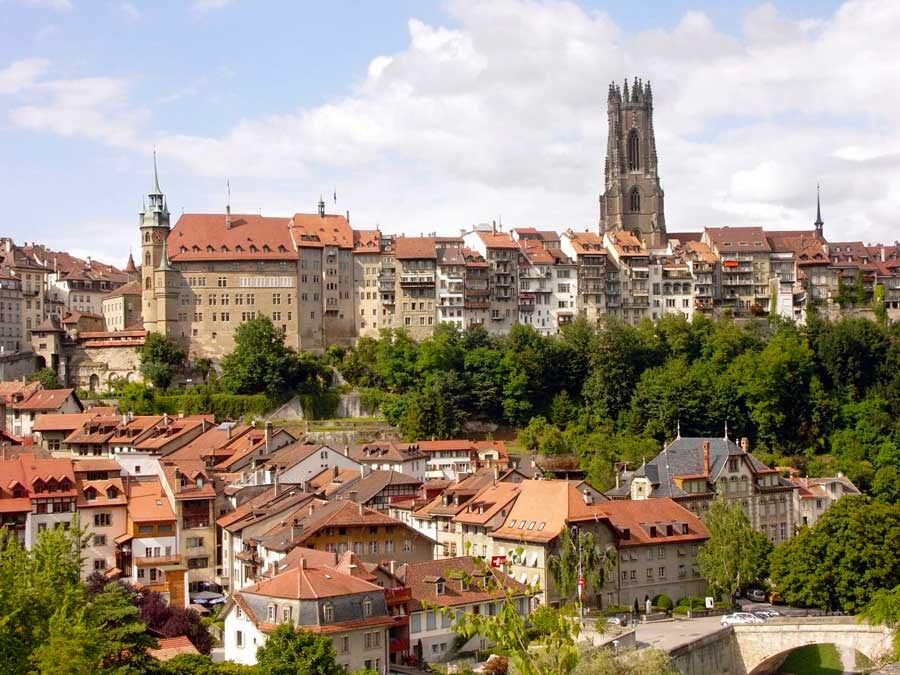 “Je vais retourner pour sept heure!” I yelled back at Gigi as I was exiting the little white house on Chemin the Pepinniere in Fribourg. Hopefully, I had told her that I would be back by seven in my amateur French. Nevertheless, instead of worrying about my translation while walking to the bus station, I was thinking about what I was going to do that day. I had already been in Switzerland for three weeks and had about two to go. My schedule was perfectly made: French classes in the morning at the Swiss-French School in Fribourg; a baguette for lunch at the Fribourg Centre, the mall crossing the street; a tour of the mall to remind myself that I had a limited amount of money; and finally, returning to Marc and Gigi’s place to have some tea, go for a walk, and watch some TV before going to sleep. It was the most comfortable schedule in the world.

Nevertheless, that day I decided to switch things up a bit. I would go to school in the morning and grab a baguette for lunch, but then, I would walk and walk down the long Rue Saint-Pierre until I arrived at a little street with ancient, orangey bricks that screamed old. Ironically, I had arrived at the Vielle Ville, which means “old town” in French. However, as I walked down the brick road, staring at the beautiful little town surrounding me, I couldn’t help but realize something: for the first time in my life, I was all by myself in a foreign country with no idea of where to go or what to do. Reality hit me hard. I was transforming from a young girl to an independent, mature young lady who was now making her own decisions.

My parents had let me go on this trip to Switzerland alone because they trusted that I would stay in the custody of two childhood friends who lived in Fribourg. The couple they left me with — Marc and Gigi Roder — had two girls who happened to be my babysitters when I was three: Jessica and Virginie. Therefore, during the week, I was in the hands of very caring people. But the only one who was really strict about what I did was Jessica and she worked in Basel, a city an hour away. I spent weekends with her, while on weekdays I stayed with Marc and Gigi, who were the coolest substitute parents ever.

Thus, I was technically free of any responsible adult telling me what to do or where to go. It was just me, my backpack, and the breathtaking Swiss landscape at my feet. On this day, with a decisive mind, I exited the Roder household and took a bus like I did every day to school, but afterward, I went on an adventure. At first, I had an issue because I wasn’t sure what I would do if I got lost. However, I solved it by noticing that I could get on any bus near the region I was at and just get off at the school’s nearby stop. It was nothing my young self wasn’t capable of.

As I came into my newly independent self, I was sitting on the Pont de Saint-Jean, eating my regular baguette and watching over the Sarine River, comparing my growth with the flow of the water. As the water flowed from southwest to northeast, I could see how patches of rocks surged from the water, and found it analogous to my life: even though there will be rough patches, I will constantly be moving on and growing as a person.

This is where the scope of the story generalizes to include you, the reader. Life is all about taking chances and leaps even if you don’t know where you’re going to end up. If I had gone back to the Roder household that afternoon, keeping to my routine, and denying myself the rare opportunity, I never would’ve explored a corner of the world not many people know of. Perhaps this is a metaphorical example of what you can do with your own life. Being a university student gives you a type of self-governance that not many people have. You have the ability to make your own choices and really exercise your independence. If you’re reading this, I’m assuming you’re around the age where you can start making, or have been making, your own decisions. Take advantage of that liberty to do whatever is at your disposal. Don’t doubt yourself when you’re deciding whether to take a chance or not. If you end up regretting it after, chances are it will be a good story to tell your kids.

So, if you’re going to take something from this story, I want you to consider two things. First, life is about taking risks and going on adventures that lead you to discover things you never knew existed before. They can even lead you to something that could change your life. Second, don’t ever let yourself be guided by another person. Make your own decisions and learn to live with them; these decisions are what are going to shape who you are and what your purpose in life is. Deviate from your routine, make mistakes, and get lost! If you do, you can always find the nearest bus to take you home again.