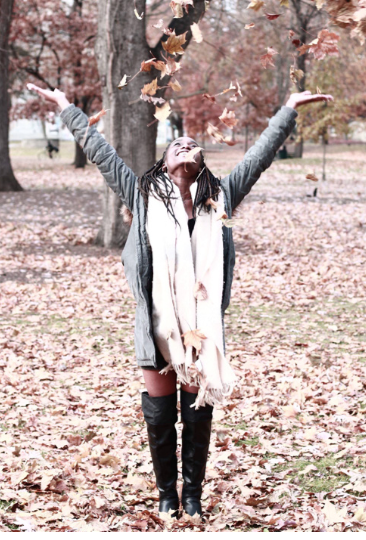 Support and opportunities for University of St. Michael’s College (USMC) students interested in the literary arts are scarce. In light of this, and as The Mike looks to provide a platform for the recognition of exceptional USMC students, this issue’s Student of St. Mike’s will focus on at a current student who is writing to an audience beyond profs, TAs, and pads of paper in her room.

Chanell Adams is a third-year USMC student with a passion for writing. Her specific aim is toward empowering women and promoting equity between genders: connected notions that have gained a lot of traction and circulation through positive awareness campaigns and social movements. However, they are also both part of a larger conversation that does not occur nearly enough, even within the student community.

Chanell attempts to connect with her readers — no matter their gender —through her written works, which draw upon her personal experiences. Her readers find it easy to empathize and put themselves inside Chanell’s own narratives. In the process, they naturally become part of a two-pronged initiative geared toward the continued empowerment of women, one that ultimately allows Chanell to promote and facilitate discussion in new and effective ways.

What year are you in and what are you studying?

I’m a third-year USMC student doing a major in Equity Studies and a double-minor in French and Women and Gender Studies.

How did you get into writing?

In elementary school, I used to write mini-novels for fun about my friends, family, and all the big deal issues I could endure at 12 years old (haha). As I got older and began receiving more exposure to the real world and real world issues, writing became less about entertaining people and more about creating relatable pieces about what I was going through and how I would get through it.

What inspired you to write articles about empowering women?

Again, after going through certain things in my own personal life as a young woman, I found that writing them out actually helped me sort my own ideas and create direction for my life. I came to realize that things that I had experienced could well have been experienced by other women. Sometimes you just need to hear that everything is going to be okay or that it’s okay to be upset and to cry, and I figured that by writing about it, I would possibly be that voice to another young woman who may need to hear it. Thought Catalog being a blogging site and Mogul, the same, both geared toward empowering women, I decided to try to reach out to women and even other individuals that way.

Moving forward with your passion for writing, how has the university environment (specifically the parts outside of academics) helped to foster that passion?

University is a place where you meet all diferent types of people coming from diferent walks of life. While the majority of my writing is based on my experiences, I also find inspiration in the experiences of other women and the solutions they came up with. Intersectionality is also something that influences my writing, such as how aspects like race, religion, and culture can afect the outcome of situations. That being said, the coolest thing I have learned from university is that although there are many walks of life and many different stories, there are so many commonalities that, if the time is taken, could surprise you!

You can find Chanell Adams’ work on Thought Catalog and Mogul.