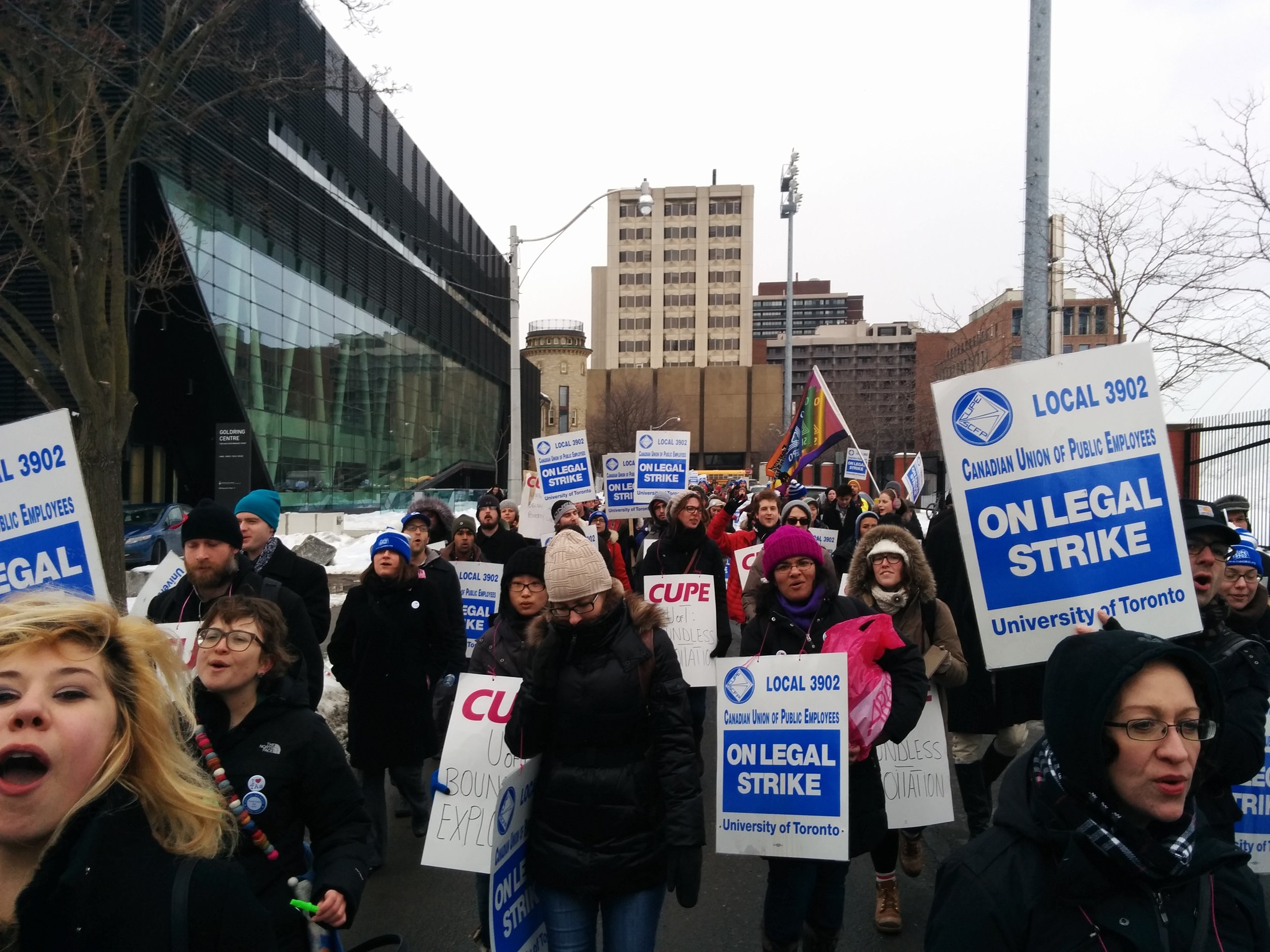 December 13, it was announced that members of the Canadian Union of Public Employees Local 3902 (CUPE 3902), Unit 1 voted 89.4% in favour of a strike mandate. Over 1,500 of the union members turned out to vote at one of the polling stations located on all three University of Toronto (U of T) campuses. Voting took place December 6–8 and December 11 and 12.

Unit 1 of CUPE 3902 is known primarily for representing teaching assistants (TAs) at U of T, although its members also include course instructors, chief presiding officers, and invigilators. The local’s membership is made up of around 9,500 workers, 7,000 of which work in Unit 1.

Negotiations between CUPE 3902 and U of T have stalled as members of Unit 1 are demanding higher compensation, better health care benefits, improved working conditions, and more equitable work environments.

Their specific demands are highlighted by an increase in minimum funding to $20,000, improved mental health coverage, better paid and more accessible pregnancy and parental leaves, the removal of student evaluations from hiring decisions, and better access to near zero tuition for members who are beyond the funded years of their program.

This strike mandate, however, does not necessarily mean a strike is imminent. Instead, it is a sign that the members of CUPE 3902, Unit 1 have given their bargaining team the legal right to take job action, up to and including a unit-wide strike. The strike mandate vote therefore gives the union more leverage when bargaining with the university.

“The University runs on precarious labour. It’s a cost-cutting tool, and it’s rampant at post-secondary institutions in Ontario,” Pamela Arancibia, Chair of Local 3902 and member of the Unit 1 bargaining team, said in a press release following the vote. “The U of T is the most prestigious post-secondary institution in the country. We’re good enough to educate future leaders, but not good enough to earn living wages.”

The current collective agreement between Unit 1 and U of T was enacted on May 1, 2014, and is set to expire December 31, 2017. Negotiations began in September, and have continued since. The union and the university have three scheduled negotiation dates this month before the current agreement ends.

The strike mandate vote comes less than a month after CUPE 3902, Unit 3 and the U of T reached a tentative collective agreement. Unit 3, similar to Unit 1, voted overwhelmingly in favour of the same action before reaching an agreement with the university.

“CUPE 3902 is proud of our members and the decisiveness of this strike mandate. We are willing to fight hard for our collective needs,” Megan Harris, Vice-Chair of Unit 1, said following the results of the vote. “With this vote, the Unit 1 membership has demonstrated our resolve, and we hope the University administration hears clearly this collective message from its workers.”

The Mike has reached out to CUPE 3902 and U of T for comment.