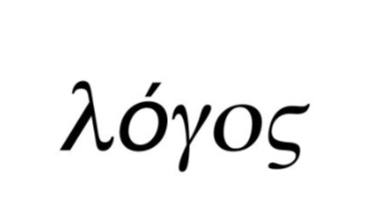 As a member of the University of St. Michael’s College’s (USMC) Gilson Seminar in Faith and Ideas, I was given the privilege of reading a classical text, St. Augustine’s Confessions. Over the years, this piece of work has withstood the test of time and has continued to enter discussions over various academic disciplines.

Augustine is looked at as a master of rhetoric, philosophy, and theology. The work Confessions gives the reader a front row seat to its author’s style of writing and thought. Part of our assignment for this text was to imitate Augustine’s style. In my paper, I chose to adopt Augustine’s desire to understand the puzzling questions of humanity — specifically, our desire to under- stand God and His encounters. I am aware that many first-year students are not given the opportunity to read such a famous piece of work, which is why I have chosen to share my imitation to give you the opportunity to encounter the style of Confessions in the context of the university experience. Also, being aware of this section’s name change, I decided to focus my imitation on God’s encounter with us through logos:

“O Lord, Bearer of Truth and Wisdom, during my youthful years as a student of logic at the University of Toronto, I failed to grasp the essence of logos in You. You make Yourself known to us by appealing to our emotions, and Your Will is justified through its ethical foundation, yet where do You exist in reason? Can You, Lord, Who Are Omnipotent, not appeal to the mind of logic?

At that time, I was well practiced in my faith and my studies of logic, yet the two seemed distinct in their persuasion to me. You, Lord, gave me all through my faith and in turn I praised You and served with piety and humility. You led me to the pastures of Your Grace (Ps 23:2), and allowed me to prance among them in joy. Through prayer, You moved my soul (2 Chr 7:14) and comforted it in its grief. Through Your Holy Will, You set a foundation of morality which appealed to me. But, in my work as a student, I failed to find You in the persuasion of logic. In analytical philosophy, I was in pursuit of the practice of logical persuasion and justification. In mathematics, I would derive formulas which would explain the logical connections between patterns. In science, I would apply these formulas to various phenomena in our universe. Yet, in this pursuit of logical understanding, I failed to find You in my work.

Do You, Lord, exist only in miracles? Are those miracles only of a metaphysical state? Why Lord, Creator of all things, have You gifted me with logic, if You fail to appeal to it? For You must appeal to logic, Lord, since You Are Logic itself. For “in the beginning was the Word, and the Word was with God, and the Word was God” (Jn 1:1): this Word is Your Holy Scripture, Which is the basis of our rational formulation of faith. You, O Lord, divinely appeal to Your children through Your Word. Humanity quenches their thirst for truth through meditation upon Your Word. In following Your Word, Your children stand in adoration of Your creation. Further- more, Lord, is this not what I have been practicing as a student of logic? Are my logical persuasions through analytical philosophy not akin to Your divine persuasion through Scripture? Is my derivation of formula through mathematics not grounded on humanity’s pursuit of eternal truth, which is You? Are my explanations of various phenomena in science not the adoration of Your creation?

O Lord, Who Are Perfect, I thank You for my gift of logic, for through its usage I glorify a faculty of Your Being, ultimately preparing myself for Eternal Life with You.”