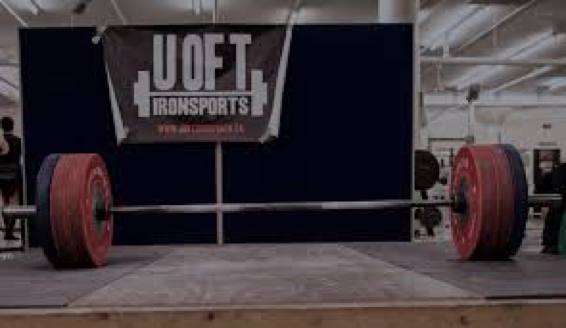 A beginner’s guide to the sport of powerlifting

Powerlifting is a sport known for its simplicity of concept, and for the intense dedication and strength its athletes show. When in competition, athletes will perform three lifts to test both their physical and mental endurance. These three lifts consist of the bench press, the squat, and the deadlift.

While the lifts are indeed simple in concept, performing them is a much different story. Firstly, there is the added difficulty of the competitor being judged on the quality of their lift. There are three appointed judges, all of which sit on a different side of the competitor. The head judge gives commands to the lifter, telling them when to begin lifting the bar and when to rack the weight. The other two judges, along with the head judge, assess the overall quality of the lift by looking at different aspects of the competitor when they are lifting. For example, during the squat, the competitor cannot move their feet after they have begun the lift, and they must hit the proper depth on the descent. Hitting depth simply means that the lifter has squatted far enough so that the hip joint is below the top of the knee.

If a competitor breaks any of the rules of lift they are performing, or does not follow the head judge’s commands, they will receive a no-lift. Of course, aspects of a lift like hitting depth on a squat or touching the chest on a bench press are often difficult for a judge to accurately assess, thus it may become subjective. To combat this subjectivity, each judge can award the lifter a white light (meaning the lift was good), or a red light (meaning the lift was not good). Two or three white lights mean that the lift was completed in a satisfactory manner.

Placing the competitors in a powerlifting competition is done using a mathematical operation called the Wilks score. The Wilks score considers both the mass of the lifter, and the total amount of weight they lifted over the three lifts.

While powerlifting may not draw crowds even close to the size of those for soccer or football, the fans that do show up are treated to an electrifying and intense display of sheer will. When a lifter steps up to a bar loaded with 4x their bodyweight and can pull it off the ground using nothing but pure strength and determination, the feeling is indescribable. It sounds almost like fantasy to say that a person weighing 220lbs was able to deadlift 927lbs during a World Raw Powerlifting Federation (WRPF) meet, but Cailer Woolam achieved this feat this past August.

One of the best parts about going to a large university is that there is almost a guarantee that if more than one person likes something, it exists as a club. Thus, the University of Toronto (U of T) Ironsports club.

The Ironsports club was founded in 2012, on the principle that students should have easier access to strength sports. Both powerlifting and Olympic-style weightlifting are covered in the club’s repertoire, and there are meets, open training days, and seminars that cater to both sports. The training days exist so that the experienced powerlifters and weightlifters have the chance to coach the less-experienced, and the seminars provide all members with helpful tips on all things pertaining to the strength sports.

Perhaps the most exciting part about membership in the Ironsports club, is the ability to compete in the different meets held every year. For powerlifting, there is usually a bench press/push-pull meet in the fall semester, and a full three-lift meet in the winter semester. These meets are a chance to compete with the U of T’s best strength athletes, and all members are welcome to compete regardless of experience.  Even if the thought of competing is frightening at first, just going to cheer on the lifters is a good way of participating.

University can be a daunting phenomenon, but so is a 400lb barbell lying on your shoulders. At first, even standing up with that much weight on your back can seem impossible, but with effort, practice, and dedication, squatting it for reps will be like child’s play. Failure is an inevitability in life, whether it is dropping a deadlift, or failing a test. However, as long as you can look back and understand that your failure is a chance to improve, deadlifting again will not scare you, and neither will that next test.