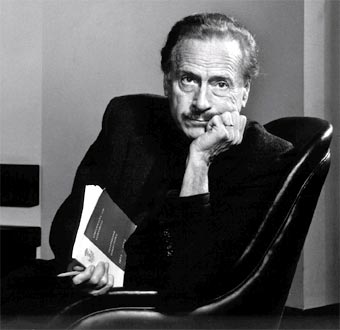 A Review of the McLuhan Exhibit at Kelly Library

Publicly acclaimed professor, philosopher, and public intellectual Marshall McLuhan is credited with being a key player in the rise of the Toronto School of Communication as well as a leader in media theory. Educated at both the University of Manitoba and Cambridge University, McLuhan eventually became an English professor at the University of Toronto. Perhaps most recognizable for his expression “the medium is the message” as well as the idea of the global village, McLuhan envisioned something like the World Wide Web. He began his teaching career at U of T at the University of St. Michael’s College in 1946 where he remained until his death in 1980. During his time at SMC, McLuhan cultivated not only an intellectual home but a spiritual one as well: a fact which is made clear by his devotion to the college in addition to his work.

When you first walk through the doors of the John M. Kelly Library it is difficult to discern where the exhibit begins. Located on the first floor, the McLuhan exhibit is immersive as it is unobtrusive. Students are still welcome to use the library, which contributes to the fluidity between the exhibit and the library itself. This exhibit is self-guided so one can wander from piece to piece depending on what catches the eye. This interactive method is effective because it deeply engages with what one is viewing.

A central element of the exhibit consists of letters to his colleagues, first editions of his books, and newspaper articles and interviews from publications such as the New York Times. All of these together demonstrate McLuhan’s celebrity and influence, as well as show the progression of McLuhan’s work and thought as the media environment changed over time. Along one wall there are old televisions and other early technologies which contrast with the iPad that one uses to access the audio and video clips. McLuhan’s vision of a world connected by technology has clearly come to pass.

Don’t forget to seek out the quotations from associates of the Toronto School of Communications which are scattered throughout all levels of the library. These quotations add to the multimedia format of the exhibit because they showcase the influence McLuhan had on others.

Perhaps the most important element of the exhibit is that it is multimedia – a fitting form considering that McLuhan is known for his insights into the relationship between media and technology. Viewers can read his life story as a timeline, listen to videos clips of his life, watch videos or look at various articles and items drawn from the Special Collections at St. Michael’s College. The McLuhan exhibit is open until Dec. 20, so don’t miss the opportunity to engage with a person who helped put U of T on the map.