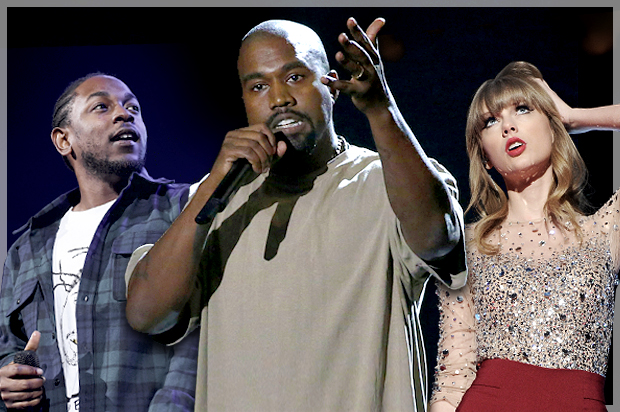 A polemical editorial about the Grammy Awards in which the author inexplicably agrees with Justin Bieber and complains about how much better music used to be before offering an impossible solution to a genuine problem.

Justin Bieber, Drake, and myself have exactly three things in common: we’re male, we’re Canadian, and we think that the Grammy awards are pointless. (I wish I could say I shared more with these multi-platinum selling, award-winning titans of pop culture, but the similarities end there.) Bieber has said that the Grammys are “not representative” of young singers like him and his peers and declined to attend the ceremony, a bold statement for such a drawer of ratings.

Kanye West has understandably echoed the sentiment. Although he has won 21 Grammys in years past, they’re all in Rap or R&B categories. He’s lost every time when against a white artist in categories like Best Album or Best Record. His decision to boycott the Grammys is one motivated by a lack of racial diversity in the winners of these categories.

Drake finds himself similarly pigeon-holed. He actually won two awards at the February 12th ceremony—Best Rap Song and Best Rap Performance—both for the infectious “Hotline Bling.” You may have noticed that “Hotline Bling” is decidedly not a rap song. Therein lay the issue. Drake reportedly feels like the Grammy committee knows not where to place him. He does make rap songs, but his award-winning track is pop through and through.

These artists are following in the footsteps of Frank Ocean, who declined to even submit his magnificent 2016 album Blond for awards consideration. Perhaps, as an artist at the top of his game, he did not feel the need to subject his work to a committee for empty approval, especially one who consistently gets it so wrong. And Ocean has been snubbed by the Grammys before. In 2013, he was favoured to take home Album of the Year for Channel Orange and Record of the Year for “Thinkin’ ‘Bout You,” but lost to Mumford & Sons and Gotye respectively. (Remember Gotye? He was popular for a while, but now he’s just some singer that we used to know.)

Unfair and short-sighted snubbing seems to plague the Grammy Awards, and has throughout their history. In 2001, Eminem’s classic The Marshall Mathers LP and Radiohead’s flawless Kid A were up for Album of the Year, but lost to a forgettable release by Steely Dan, the band you may recognize from the dusty box of old vinyl that your dad got excited about at a garage sale last summer.

The most significant snub in recent memory occurred only last year. Kendrick Lamar’s To Pimp a Butterfly—a landmark of hip-hop’s rebirth, a life raft upon which to float over the mire of the XXL Magazine Freshman awfulness of the likes of Kodak Black and Lil Uzi Vert, and a reminder that original, inventive, different, artistic hip-hop can still exist—lost Album of the Year the to the blindingly vanilla 1989 by Taylor Swift. Don’t get me wrong, Swift’s brand of pop has its merits as fun musical escapism and it has its place in our culture, but is that what the Grammys are really for? Is forgettable bubble gum pop really what they’re meant to award? If so, the Grammys are an irrelevant and pointless popularity contest. If not, an award has never been so misplaced.

The Grammys did slightly—slightly—redeem themselves this year by awarding Best New Artist, Best Rap Performance, and Best Rap Album to Chance the Rapper, another true artist and innovator of the genre. But a cynic like me can’t help but wonder if they’re trying to recover their damaged reputation after the injustice of Lamar’s losses. Let’s not forget Lamar also lost big at the 2014 Grammys. His second album, the utterly perfect Good Kid, M.A.A.D City, has already gone down as one of the all-time classics of hip-hop music. It and he were nominated for seven awards, including Album of the Year, Best New Artist, Best Rap Album, and Best Rap Performance, but they won absolutely nothing. What’s more is Lamar lost most of these to the likes of Macklemore, mostly for the novelty faux-rap song “Thrift Shop.” To reiterate, one of the greatest sophomore releases in rap history, a terrifying and eye-opening portrayal about growing up in Compton and all the peer pressure, familial complications, and violence that can come with it, the verisimilitude of which has not been seen since the glory days of N.W.A., lost to a song about not spending a lot of money of clothes. It’s clear that the Grammys have largely become, with a few token exceptions for plausible deniability, a contest based on record sales and popularity over genuinely exceptional music.

This year’s ceremony kept up the shameful tradition when it lavished award after award on Adele for her song “Hello” and album 25 (’25’ referring to the amount of times you’ll hear “Hello” per day for the next year). Beyoncé’s album Lemonade and the lead single “Formation” were generally considered to be the favourites for most categories, but lost to Adele in all categories in which it was nominated, including three of the most prestigious awards of the ceremony. Adele was the first to speak up about this misplacement, even as she took the stage to accept Album of the Year. “I can’t possibly accept this award,” she said. “The Lemonade album was just so monumental.” In a move of true humility and respect for an artist she reveres, she then snapped the statue in twain and gave one part to Beyoncé.

In today’s volatile political climate, perhaps to award the Grammy to Beyoncé would be to take a side in the ongoing fight for racial equality and shed the mask of objective indifference that the Grammy committee pretends to wear. “Formation,” in its unflinching criticism of police brutality targeted at African-Americans, is an anthem for Black Pride in the face of institutionalized racism. To sign off on such a strong message is perhaps a statement that the Grammy Committee is not quite willing to make.

To be fair, the Grammys have occasionally gotten their picks very right. In 1984, Michael Jackson’s seminal Thriller won eight Grammys, seven of which went to Jackson himself. To this date, no artist has won more Grammy awards in a single night, and scarcely has any artist been so deserving. Thriller is one of the most important albums of music—let alone pop music—history. OutKast’s 2004 Album of the Year victory for Speakerboxxx/The Love Below was a turning point in Grammy history as it was only the second hip-hop album to every receive the award (after The Miseducation of Lauryn Hill), and proof that rap artists were breaking down artistic and financial walls at every turn. But 2004 was 13 years ago, and such rap artists as the aforementioned Drake, Kanye West, Eminem, and Kendrick Lamar have been repeatedly passed over since.

However, its reputation for getting it wrong is not the only problem I have with the Grammys. This argument may sound like what your Steely Dan-listening father might say, but the Grammys aren’t really about music anymore, are they? First, each big name stands in front of a cacophony of screaming paparazzi who will aim their flashing cameras at them like so many lightning strikes. Then the fashion reporters, the vapidity of which cannot be overstated will analyze their clothing with nary a mention of the music that brought them to the red carpet in the first place. Taking it a step further, a few of these celebrities will arrive in get-ups specifically meant to spark conversation about something, anything, besides their art! (“If they’re all staring at me,” said CeeLo Green while dressed as a giant golden robot, “maybe they’ll forget to listen to my bland music!”) Some—such as Joy Villa, who dressed as a walking Trump sign—use the red carpet as a promotional tool, creating controversy through clothing in an effort to sell the music that is apparently not good enough to stand on its own merits. The statement-making fashion is not left at the door, however. Performers who shall not be named dress like, for example, a self-aggrandizing golden goddess who garners all the more worship for herself and her pregnant belly, regardless of the unfaltering devotion already given to her by her rabid fan base. (You deserved the Grammy but, come on, get your ego in check.) The point I’m trying to make is that it’s been long since the Grammys awarded true, lasting musical merit on a consistent basis, preferring to accord the most sensational celebrity making headlines that month. If you still don’t understand, as your Dad. He gets it.

The Grammys are an imperfect system, but they can be fixed. They can be brought back to their roots and supposed intention: to award and recognize the most important, influential, and well-made contemporary music. They can be redeemed. All we have to do is not have them for five years. In 2022, for example, we nominate and award the music that came out in 2017. This five-year gap would be just enough time to let the music gestate, and see how our culture responds to it over time. It allows the music to prove itself, and show whether it has the staying power to still be memorable after time has gone by. Think about Grammy flubs of the past: in 1992, Marc Cohn (who?) won Best New Artist over Boyz II Men, the legendary R&B group. In 1998, Paula Cole (who?) won the same award over P. Diddy, the producer responsible for some of the best rap music of the 1990s and who has retained cultural relevance to this day. The Milli Vanilli debacle could have been avoided; Kendrick Lamar wouldn’t have lost to Macklemore; Kanye’s stunning My Beautiful Dark Twisted Fantasy would have at least earned an Album of the Year nomination.

But, then again, in an era when people would rather look at a giant golden robot that can’t move his face than award genuine achievements in musical artistry, I’m not holding out much hope.