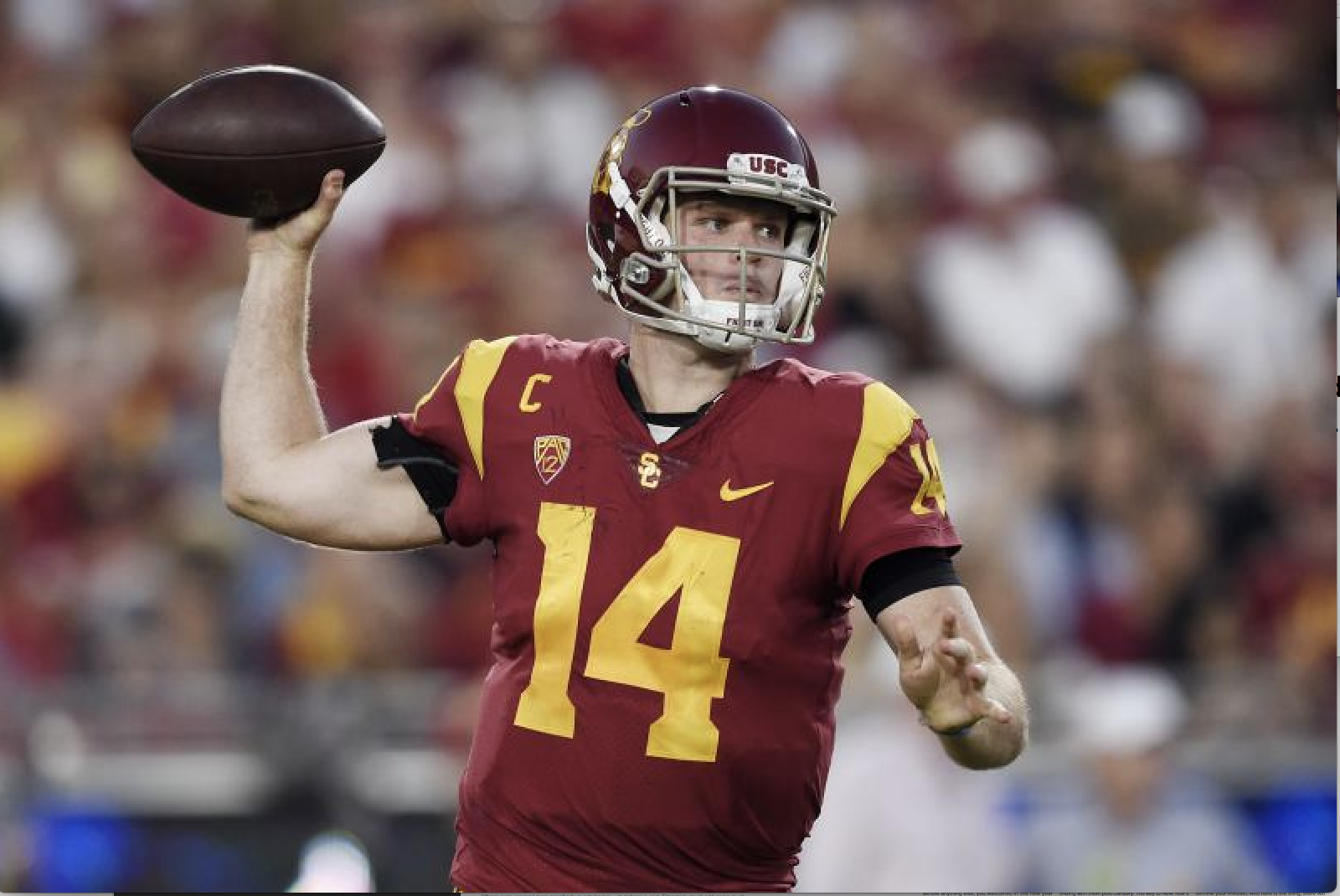 With a strong class, the NFL will be looking for big playmakers in 2018

The 2017 NFL season has been one which exposed problems at every position for several teams. Fortunately, the 2018 draft class is one which should be able to address these problems, given that the right players end up on the right teams.

Offensive players (and more specifically quarterbacks) seem to rule the 2018 class, with big names like Josh Rosen and Baker Mayfield being projected to go very early in the draft. The following draft will by no means be extensive and is just meant as an indication of where the top 10 college players will end up.

He is a tough pick for No. 1, considering his poor performance in the Cotton Bowl. However, he is the obvious choice for the struggling Cleveland Browns. Darnold has ability as a smart quarterback, and with the targets he has in the Browns receiving corps, he poses a real threat to defences across the NFL.

Eli Manning will continue to be QB1 for the Giants for a few years, but the fact remains that the organization is losing faith in him after this season. They will be looking for a new franchise QB, one that is able to make effective use of targets like Odell Beckham Jr. and Brandon Marshall.

Barkley’s 2017 season started with him being projected as the top player, leading Penn State to numerous victories. He highlighted himself as an athletic and strong player, one who could make a difference on several teams. His stock dropped as the season continued, but for the Colts, Barkley could be a star, eventually replacing the aging Frank Gore.

Many would pick Bradley Chubb from NC State for this position, but with Myles Garrett showing promise at defensive end, Fitzpatrick could add some much-needed depth to the defensive backs.

This is a controversial pick as Allen’s 2017 season was not one for the history books. Barely completing half his passes, many project his draft position as out of the top 10. However, with Trevor Siemian not giving the Broncos everything they want in a QB, drafting Allen first may do two things. First, it gives a fresh pair of eyes to the Denver offence. Second, it may make Siemian more competitive for that starting position.

The Heisman winner will be one of the strongest picks in the draft if the Jets can get him.  Mayfield doesn’t have the size that QBs of this era do, but he has the speed, athleticism, and competitiveness that will get him ahead. Josh McCown is also not the player he once was, and so a new franchise QB is in order for the Jets.

The Buccaneers are looking for somewhat more help with their defence, and Chubb is the person to do it. Although Arden Key of LSU may be suited to this position as well, Chubb is projected to go higher in the draft because of his performance in the 2017 season.

Mitchell Trubisky is showing himself to be a great addition to the Bears’ offence, but his lack of big targets is holding him back. By adding Ridley, who played in the National Championship Game, Trubisky will be adding some depth in terms of fast and available receivers.

With Jimmy Garoppolo’s huge start for the 49ers midway through the season, some offensive tools are needed to allow the 49ers offence to continue to thrive. This may come in the way of Quenton Nelson, a strong guard from Notre Dame who can give Garoppolo all the time in the world.

The Raiders will be looking to build on a defence that failed them late in the season. Adding Arden Key to Khalil Mack’s already vicious athleticism will make for a defence that will allow fewer than the 5,601 yards the Raiders allowed in 2017.