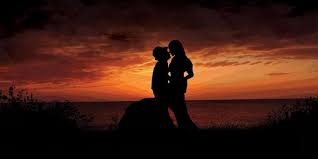 A 21st-century philosophy on romantic relationships

As a former romance writer who once wrote a 58,000-word manuscript that was going to be reviewed by a publishing company, I know romantic relationships and dating are sciences: biology, chemistry, and physics. Biology explains how we can be magnetized by attractive people, chemistry determines if the couple (plus their feelings and interests) are compatible with each other, physics is how couples work to keep their relationships. Amazingly, in the 21st century, the only science that doesn’t seem to matter much in romantic relationships is the latter: physics.

Both Tinder and Instagram are perfect sites to fish for romantic dates. A simple post can be the bait to draw affection toward you. If you toss some swimsuit or ab photos in there, more people will bite your photographic lure. However, if they don’t think they’ll fall for you, they don’t need to say no: either they swipe to the next person in line or just don’t like your photo. Basically, biology determines who turns us on and off.

However, it isn’t the mental image of the partner that keeps us motivated to pursue them. Rather, it’s the recurring fantasies that we have of them should they become our partners. Here’s where the chemistry gets involved. We must approach romantic relationships as if we were in a science lab, mixing chemicals and concoctions. Most of us would unconsciously theorize that the more attractive the partner, the better the chemistry we would have with them. This is but a fantasy people believe in. Therefore, the issue is: people hypothesize first and experiment last. Now, in science this is okay, but not in relationships. People hypothesize that because of their targeted dates’ attractive looks, they’ll be great boyfriends or girlfriends. However, they don’t first experiment in the sense that they first get to know their partners and see if their characters or interests are similar. Both dates may face explosive situations wherein they realize that their personalities and interests clash instead of click. It’s like seeing hydrogen pop after mixing chemicals. Eventually, they disappoint themselves after learning they’ve fallen for their own lie about their crush. To avoid explosive situations in love, do the opposite: experiment first, hypothesize last.

Fascinatingly, despite these personality or interest clashes, some of us still want the dates. Why? Because, in this century, many seem to seek instant gratification rather than relationships with longevity. They look for dates for the purposes of having a “trophy” girlfriend or boyfriend, the sole sight of whose body makes them happy every day. The following is my proverb: A man who loves a soul because of the body that contains it has no soul of his own. This also applies to women and same-sex love-seekers. Many love-seekers also search for attractive dates to advance their social reputation. This isn’t surprising, for our generation is famous for being the most publicized ever.

Now, I admit, I too search for physical beauty in women when looking for love. I’m not among those older people that believe in strictly traditional relationships. However, I still ask myself some simple yet inevitable questions, such as if she’s a threat to my reputation (Will I be so enthralled with her that I neglect my studies? Will she get along with my friends?), if we’re mentally compatible, and if I could love her until the end, whenever that is. Any bachelor or bachelorette on the prowl should ask themselves questions like these before they fall for someone. If they can, they could potentially make promises to one another necessary to keep their relationship alive. The ability to keep such promises is the physics of relationships that I believe doesn’t matter much in this century.

Here’s a promise to my future girlfriend: I promise to make you happy daily. I’ll always defend you, but ensure you’ll have fun. Most importantly, I promise to love you. Some of us lack the willpower to make such promises, for we may not be able to act on them.

Relationships should be a balance of fun and solemnity, so that you can keep your promise and have a smooth-running connection: this is how the physics of love works. Like successful chemistry, the key is in the mixture. And if the biology wasn’t right, you wouldn’t likely be in the relationship in the first place. Bring her to a nightclub, but take the time to talk to her under a tree and learn who she is off the dance floor. Take in an Oscar-winning film with him, but end your week with a kiss goodnight. If you can maintain such a balance, your relationship will grow all the stronger for it.

So, while all three main sciences are important for any romantic relationship, physics is the most important one. Physics teaches us how we should maintain our relationships through promises that keep them, and our love to each other, alive.

Bryan Liceralde is a second-year St. Mike’s student specializing in Political Science (International Relations focused) and double minoring in French and Italian. For the past three years, he’s been a competitor in the Toronto Star Short Story contest writing tragedies and romantic dramas. Although his name is often misspelt, Bryan was once compared to Brian Griffin.