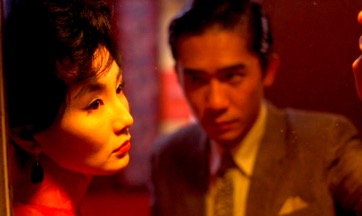 What to watch to cure your midterm blues

Photo: In The Mood for Love. http://www.ghiraa.com

Midterm season is upon us yet again, and even though we’ve all been expecting it, it somehow catches us by surprise every time. So, for those precious hours after endless lectures and cramming at Robarts, here’s a list of movies to watch so you can have some peace in an otherwise busy day.

This is the perfect film for all your European-trip fantasies. An American tourist and a French student meet on a train, and though they are headed in different directions, they spontaneously get off, not wanting to stop their conversation. Set over 24 hours in Vienna, a city that’s a perfect mixture of tradition and modernity, the film features long, philosophical conversations and frames how a close bond can form even between strangers. If you like slow-paced movies with lots of dialogue, this one’s for you!

Call Me by Your Name

A film that is practically the poster child of an endless summer, Call Me By Your Name will transport you to its setting of a small Italian town with bright blue skies and hidden ponds. Romantic and nostalgic, this movie will remind you of a warm summer despite our chilly October weather.

This adaptation of Jane Austen’s novel has been hailed as one of the best yet and led to Keira Knightley’s first Oscar nomination. Follow the Bennet sisters as they navigate society in the Regency era and fall in love along the way. Even if the book wasn’t your thing, why not give the movie a try?

Beat away your college blues by stepping back into the world of the Wildcats! Just don’t forget to invite your dorm mates for a sing along to “We’re All in This Together” (facing midterms, that is).

Aesthetic films calm me, and there isn’t a more aesthetically pleasing film than this Wes Anderson gem. The symmetry, the colour palettes, the music score — the entire movie is a feast for the senses.

In the Mood for Love

Directed by Wong Kar-wai, one of Hong Kong’s leading directors, the film features two neighbours forming a connection after they find out that their spouses are unfaithful. The setting is simple, the sound track is elaborate, and there is depth even in the plainest actions.

Midterms might be a huge mental strain, but at least you’re not Mark Zuckerberg getting sued by his best friend in this Oscar-nominated movie. The Harvard setting is reminiscent of our St. George campus and may just motivate you to study some more!

Probably the most classic teen movie of our time, this comedy is all you need to forget exam woes, even if Gretchen still hasn’t made “fetch” happen. Don’t forget to look out for the St. George campus in a few shots since it was filmed right here at the University of Toronto!

Don’t let the fact that it’s animated stop you from watching this Oscar award-winning film from Studio Ghibli! It features a complex storyline, beautiful scenery, and a score that serves as the ideal background music for studying. With an essence of both realism and magic, give Studio Ghibli’s impressive list of films a try.

The rat is a chef in this one! Tired of eating garbage and living in the sewers, Remy is forced out of his home into the streets of Paris where he befriends a restaurant busboy. My favourite Disney movie out of all of them, this is one of the best feel-good movies for when studying is stressing you out.