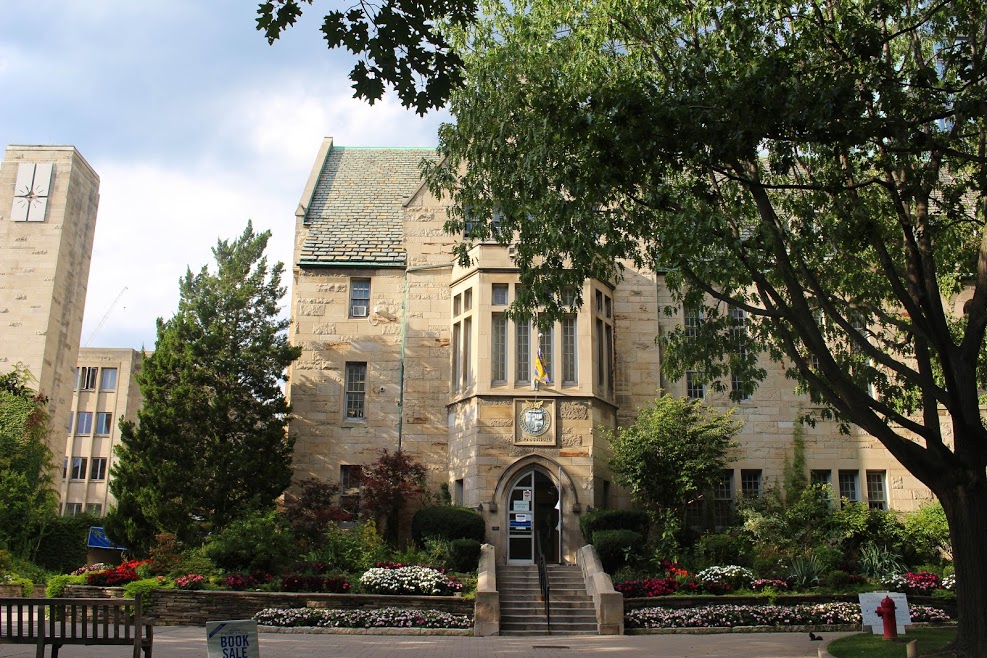 Renovations are projected to be completed by November

The completion of the renovations to Brennan Hall is an event much anticipated by the students of the University of St. Michael’s College (USMC).  Currently, Brennan Hall, with its unfinished doors and modernized new Registrar’s Office, is far from complete, but seems to be on the way to being ready for student use come November. Formerly in Muzzo Family Alumni Hall, the new and improved Registrar’s Office is one of the first fixtures within Brennan Hall’s main entrance. Now offering cushioned chairs and embossed glass walls, the renovations appear to embody a structurally progressive St. Michael’s.

While visiting the Registrar, an area that was previously the students’ common room, no official statements were made — as the Registrar in relation to the construction team could not give fixed dates for the end of the restoration project, but said they are on schedule for the new Brennan Hall to be inaugurated before the winter sets in. There is also a statement on the USMC website which states that 83% of the $2-million fundraising goal has been achieved and the college is calling on the alumni and community to aid their target.

The upper level of Brennan Hall — Canada Room — is still accessible through the South Hall Entrance, as is the Senior’s Common Room. The only facility accessible through the once-closed Front Entrance is the Registrar’s Office, which regardless of the tape and covered floors, is functioning in full capacity. The St. Michael’s College Student Union (SMCSU) Office is tucked away in Brennan Room 102, and The Coop is open to students for recreation.

One of the main incentives behind the renovation was to increase Brennan Hall’s level of engagement with the community. Embodiments of St. Michael’s College, Brennan Hall and The Coop were often bustling with students, but would also be massively underused compared to an abundance of other buildings on campus. As a small but active community, the new Brennan Hall will represent the student body, and be an area where residence dwellers and commuters alike have a place to unwind or study within the St. Michael’s quarter.