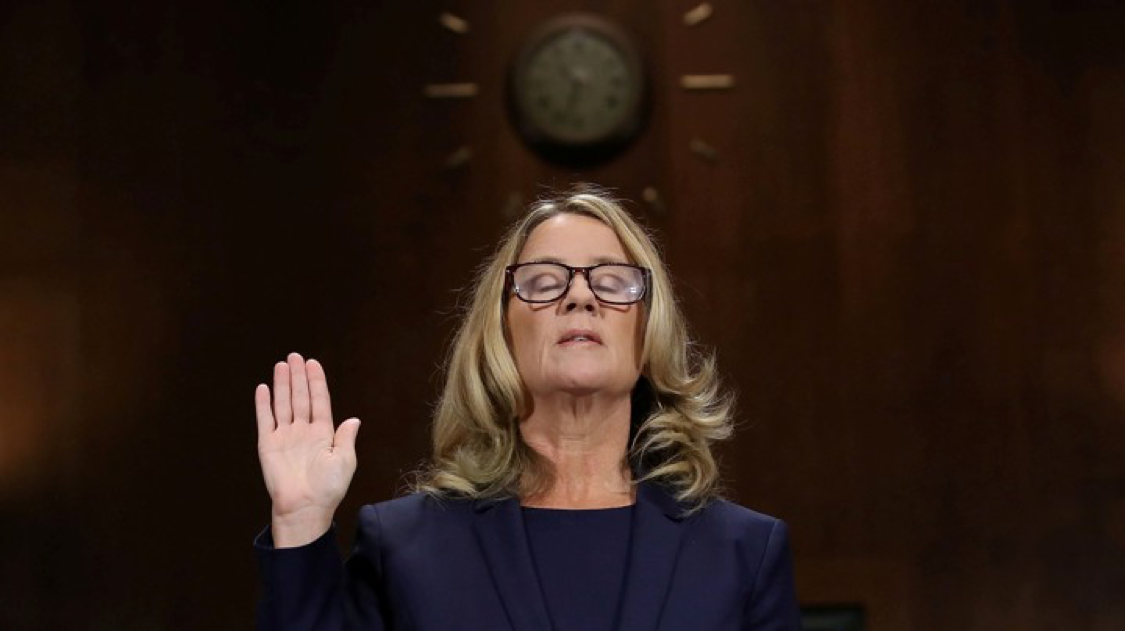 In light of recent events surrounding the Christine Blasey Ford and newly elected Supreme Court Associate Justice Brett Kavanaugh news, there have been a mix of opinions coming to light in the realm of feminist politics. Some are disgusting, yet unfortunately expected. Some are just downright terrifying.

There are two thoughts in particular that are terrifying: one is the realization that women’s words are not held with as much weight as men’s, which poses a huge concern going forward in making social change in gender equality. Secondly, and perhaps equally as dangerous, is that the experience of Christine Blasey Ford is one that people are becoming desensitized to through news coverage. Some responses that reflect this sentiment manifest in the form of being cautious and critical toward the stories of survivors. It further seems that the surfacing of stories regarding sexual assault such as those in the recent hearing or those in the #MeToo movement, are having the opposite effect in which narratives of sexual assault are falling into the background and are instead losing their importance simply because of the avalanche of other victims stepping forward to speak out. Developing a critical eye when it comes to the news is overall a good quality to have. However, the critical eye developed in surrounding these news stories carries with it the goals of a patriarchal agenda, which reveals itself through scripted comments such as, “Maybe she was asking for it,” or flat out claiming that she was “making it up.” The last comment especially is preposterous because acknowledging trauma is hard enough as it is. Doing so in the public eye and in a society that you know will scrutinize you is not a decision one makes lightly before coming forward with a story of being a survivor.

This is one of the implications posed by media coverage and politics. There is such a great influx of information available throughout the day that people get overwhelmed and eventually desensitized to the news which can cause people to not be as invested in the world around them. They choose to ignore it, but by doing so, they are invalidating the experiences and voices of those who have been silenced. The experience also reveals the difficulties it poses for women of colour, age, class, sexual orientation, and gender identity who differ from that of Ford — a white, middle-class, straight, cis-gendered woman. If Christine Blasey Ford with her own privileged status is being silenced, then what does this mean for women who occupy a more marginalized status?

One particular way that I have noticed Ford’s experience — and that of other survivors who came forward — is getting validated is through social media coverage in which online activism interrupts the singular narrative between news and readers. In the face of all of this change in the social, political, and legal climate, it is important more than ever to remain present-sensitive. The stigma associated with the label of being a “social justice warrior” in this case is a function of the patriarchy to obstruct the work that needs to be done in order to enact systematic change that is inclusive for people of all walks of life. In order to do this, we need to start with fighting against the normalization and desensitization of survivor’s stories of sexual assault.