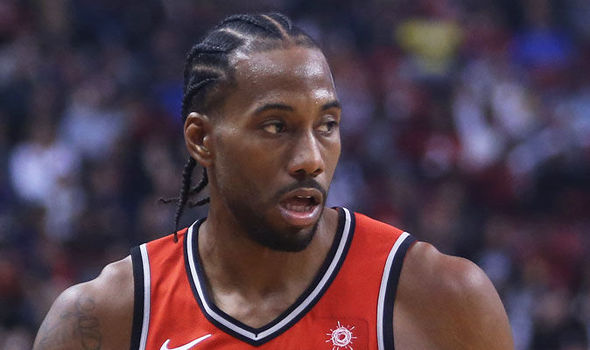 The NBA is back and better than ever

To absolutely nobody’s surprise, the first two weeks of the NBA 2018-2019 season have already been packed with incredible performances, wildly entertaining games, and teams either thriving or dead in the water. Here are the NBA’s most intriguing storylines from the first two weeks.

The Warriors Continue Their Unprecedented Dominance

By far some of the most impressive performances in these last two weeks have come from undoubtedly the best basketball team in the world currently, and maybe even the very best team of all time. Since Kevin Durant joined the Golden State Warriors after the 2016 season, the Warriors have cruised to consecutive NBA Championships with relative ease, the only scary moment coming in last year’s Western Conference Finals against the Rockets which went to seven games. The Warriors were able to squeeze by after Houston missed an NBA record 27 3-point attempts in a row over the course of two games. Other than that, they have won every playoff series in at most 5 games, and with the addition of perennial All-Star Demarcus Cousins in the offseason, many already have them pegged as the 2019 champions.

The defending champs flexed their muscles with dominant performances so far from both Steph Curry and Klay Thompson, scoring 51 and 52 points respectively, and with each sitting out the entire fourth quarter after completely blowing out the opposition in the first three. With his performance, Klay was able to break the NBA record for most three-pointers made in a game with 14, breaking his teammate Steph’s of 13 set two years prior. They currently boast a 7-1 record in the West, good for first in the conference, with two wins on the second-place Nuggets. Apart from the Warriors, there have still been great performances across the NBA, with one coming from those second-place Nuggets.

Nikola Jokic dropped the first 30-point triple double without missing a field goal or having a turnover since Wilt Chamberlain, which puts him in some very legendary company. This isn’t Jokic’s first time messing around and getting a triple double. In fact, he set the NBA record just last season for the fastest ever recorded triple double, something he accomplished in the first half alone. Jokic is a very special player, as we haven’t seen a big man with an eye for assists and a touch quite like this. Oftentimes when watching him, you’ll notice how these seemingly impossible and incredible passes he throws seem like nothing at all to him, making clever passes as he lets the offence flow through him. Given how unathletic he is, as well as how below-average at defense he tends to be, he may signal the future for big men in a league that has been dominated by guards for the better part of the last 20 years.

Another big man who had himself a game was Blake Griffin, who dropped 50 points and 14 rebounds in a win against the 76ers. You might struggle to see Griffin on the front page these days after a rough couple of seasons with the Clippers, which saw him underperform and struggle to meet expectations. After a dominating rookie campaign that saw him win rookie of the year in Los Angeles, the future in Lob City seemed bright with him playing alongside the likes of Chris Paul and DeAndre Jordan. However, due to a plethora of devastating injuries to both Griffin and Paul, they could never quite keep themselves healthy enough when it came time to the playoffs, leaving them without a trip to the Western Conference Finals after several years dominating during the regular season. However, Blake seems to be revitalized on the Pistons this year, playing with a dominant big man in Andre Drummond, and new coach Dwayne Casey, who was shamefully fired from the Raptors after their disappointing playoff performance.

Kawhi is Back … In the North

Speaking of the Raptors, they are once again a team to watch out for in the East. Regardless of the past several seasons that saw them dominate in the regular season, only to choke and underperform in the playoffs, much to the chagrin of their fans who kept thinking that that was their year. If anything, this is finally the year that many Raptors fans have been waiting for. After saying goodbye to franchise cornerstone DeMar Derozan in the offseason in favor of perennial MVP-candidate Kawhi Leonard, the Raptors have jumped out of the gate to an impressive 6-1 start, highlighted by impressive performances from Kawhi and Kyle Lowry. Lowry, who has seen the ball in his hands more as they have had to rely on him more to distribute the ball and run the offense with DeMar gone, has been racking up assists, creating some very early chemistry with Kawhi. However, the real dark horse in the East this year has something to do with a Freak.

In a quiet yet unsurprising manner, the Milwaukee Bucks have jumped to a 7-0 start this season, good for first in the East, and which is most deserved after handing the Raptors their first loss of the season. The Bucks, of course, are led by the Greek Freak himself, Giannis Antetenkounmpo, perhaps the most unguardable player in the game today. His nasty performances have seen ferocious dunks, euro-steps from the three-point line, and great rebounding and distributing, which without a doubt have been developed with the help of new coach, Mike Budenholzer. After finally getting rid of Jason Kidd, the Bucks are seeing the success and potential that they have been talking about for the last several years. Malcolm Brogdon looks like a decent point guard with a good shot after winning Rookie of the Year two seasons ago, and Kris Middleton finally saw himself getting some recognition after torching the Celtics in the seven games they played in the playoffs last season before bowing out in the first round. Look out for them in the future as they will most likely continue to rock the East.

More Headlines in the NBA

Other than the surprising games and performances from both players and teams around the league, perhaps the most talked about game of the first two weeks was the matchup between the Los Angeles Lakers and the Houston Rockets in LeBron’s first game against the Rockets as a Laker. The game was tight the whole way through, with LeBron and the Lakers playing their fast-paced offense, while James Harden and the Rockets were picking them apart with isolation plays and pick and rolls. Midway through the third quarter, after getting called on a foul against Harden, Brandon Ingram, who is in his third year with the Lakers, shoved Harden with a look of disgust, prompting a technical. This only escalated once Chris Paul began talking to the referees, which caught the eye of Rajon Rondo, who approached Paul and spat on his face in front of everybody to see. Fighting erupted as Paul and Rondo threw fists at one another, with Ingram coming in from the side for a punch on Paul from behind. All three of them were ejected from the game and suspended, with Ingram, Rondo, and Paul each getting four, three, and two games respectively.

The first two weeks of the season have already delivered so much, while still leaving so much more to be desired. It will be interesting to see how the next days, weeks, and months develop as the season moves on, and it will without a doubt be a season to remember.