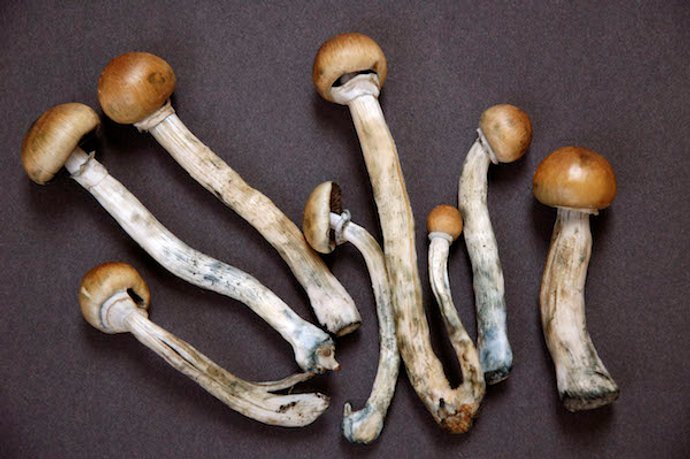 Could psilocybin have impacted our ancestors?

The relationship between humans and psychoactive drugs may be more extensive than you think. We have all been brought up to understand the consequences of substance abuse, but could a currently illicit drug have birthed the foundation for our consciousness?

Psilocybin is a chemical that induces mind-altering and hallucinogenic effects when ingested and broken down into psilocin. The most common method of consuming psilocybin is by eating naturally appearing fungal spores containing high concentrations of the chemical, colloquially referred to as “shrooms.” Contrary to preconceived notions, psilocybin mushrooms are non-addictive and pose no legitimate long-term mental or physical health risks if consumed in low dosages by gram, and the effects experienced by users have been greatly exaggerated by popular culture.

Clinically performed experiments, scientific research, and various public testimonies account for the beneficial and potentially medicinal properties of the the inebriation or “trip.” Users recall mental voyages of an extremely deep and intimate manner that provoke oneself to question all perceptions of their reality. In some instances, a psychedelic experience may lead to a profound understanding of personal emotion and desires, and afterwards help resolve past turmoil. Others report terrifying encounters with repressed distresses and insecurities, and that the mind can become completely enveloped in a state of anxiety or panic at such dark thoughts that are later mended. The therapeutic aspect of psilocybin has been studied to aid people suffering from post-traumatic stress disorder, severe anxiety, and long-term depression. To introduce such a substance to another animal species may border on unethical, but what if psilocybin’s properties have already had their effect on lesser minds? Interestingly, it has been documented that ancient cultures in present-day Latin American countries have ritualistically incorporated the mushroom into a life-transitioning religious experience. In fact, psilocybin could actually have aided in the evolution of humans.

Let’s take an anthropological perspective. Our earliest bipedal (upright-walking) ancestor is even older than the Homo genus itself, of which we as Homo sapiens are apart of; Australopithecus afarensis is identified to be the first primate to roam Africa walking upright over three million years ago. The direct cause of two-legged travel is disputed, being attributed from the shape of feet changing to accommodate moving across the savanna without the aid of tree branches to grip, to helping maneuver in semi-aquatic environments. Nevertheless, the dawn of behaviour and cognitive intuition we begin to recognize as “human” begins in this era, as familial group dynamics served as the basis for societal structure. Paleontologists recognize that fossilized fungi species are among the oldest known fossilized organisms, some aging past 100 million years!

So, if psilocybin were to cross paths, in either low quantities or in abundance, with Australopithecus, how would the omnivorous scavenger fair? If our assumptions on animal instinct are correct, it would lead to the conclusion that our ancestors would likely have eaten the drug in complete ignorance to its effects. Subsequently, the primitive mind would try to comprehend the vast amounts of data being delivered to them; colourful closed eye visuals, disillusionment of perspective, and an acceptance of mortality would push the boundaries of the primitive consciousness. As American mycologist Paul Stamets suggests, if taken communally, multiple times within a lifespan, over the course of thousands of generations before venturing out of Africa, there is large potential for psilocybin to be an ancient influence on our species’ current functioning cognition and imagination. Hypothetically, the group that encounters the mushrooms and experiences a conscious-expanding journey together may form closer bonds that lead to improved and more complex methods of communication. A more mentally adept community of Australopithecus would improve survivability in the African savanna, as well as pass the intelligence to further generations of primates that developed the biases of our earliest cultures.

While there is much we still do not know about psilocybin, one thing is clear: the substance has played a vital role in human history and, possibly, in human evolution.