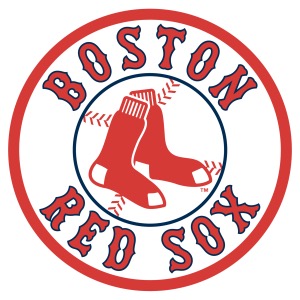 Boston sports builds upon its dominance in the 21st century

Just about a year and half after James White barreled his way into the end zone against the Atlanta Falcons in overtime of the Super Bowl to bring New England its second Super Bowl Trophy in three years, Steven Pearce and David Price of the Boston Red Sox dominated the Los Angeles Dodgers in what ended up being a five-game World Series to secure yet another championship for the city of Boston. So far this century, we haven’t seen a city like Boston win so consistently in all sports, dominating to the point that it’s almost considered unfair. Ask the average NFL fan who their least favourite player is, and they’ll almost shout at you how much they despise Tom Brady and how the only reason he’s been so successful is because of Bill Belichick, his head coach who’s been in New England for as long as he has. Boston sports have become so consistently great, that the mere mention of the city in any conversation regarding sports is met with vitriol and anger. The latest cause of this hatred is the Boston Red Sox, who, after dominating the regular season in the MLB by setting team records for the number of wins, steamrolled their way through the playoffs, leaving with an 11–3 record that reflected their superiority. There were many moving parts over the last couple of seasons that gave them both reasons to believe, as well as doubts, and they all managed to come together this year in October.

Even before the Houston Astros won the World Series last year and celebrated the city’s first championship since Hakeem Olajuwon almost single-handedly won the Rockets back-to-back titles in the 90s, then assistant manager Alex Cora agreed to become Boston’s new manager in the 2018 season. A veteran who played for the Sox in more of a backup role, Cora would come in to replace manager John Farrell, a guy who had been losing the clubhouse for the last couple of years before he was finally fired. Although he had won the title with them in 2013, most fans felt as if he hadn’t delivered on the incredible potential that the young players showed. Although they boasted one of the youngest and most talented lineups in baseball, they found themselves consistently underperforming, especially in the playoffs. This was highlighted last year in Boston, during baseball legend David Ortiz’s final year in the league, when they found themselves bowing out in the American League Division Series against the Cleveland Indians in disappointing fashion. After firing Farrell, the Sox found themselves with a young, energized coach who could relate to the younger players much better, as was evidenced by the record-breaking season they just achieved.

Signing J.D. Martinez in the offseason at the time went under the radar. Not many teams were jumping to sign the power hitter, and the Sox were able to get him with relative ease, a bat they would definitely need after the departure of Big Papi. In what was definitely one of the most surprising performances this season, Martinez put up all-star and MVP caliber numbers after hitting in the fourth spot in the order for Boston, cementing himself as the second-best player on the team, after MVP winner Mookie Betts. Martinez slugged for 43 homeruns, good for second in the league, and 130 runs batted in (RBIs), the most in the league. In addition to providing sheet-filling stats for the team, he also brought an important aspect to the team; veteran leadership. David Ortiz was perhaps the most experienced and most reliable player on the Red Sox throughout his career there, and being able to sign someone with his experience brought a much-needed veteran presence to the locker room.

What most people can agree on is the fact that the two most important parts of this World Series-winning team were almost afterthoughts halfway through the season. Steven Pearce, a journeyman designated hitter who was traded for in the first half of the season, went home with World Series MVP honours after the Fall Classic. The Red Sox were his seventh team in what has been a 12-year-long career, and it can be easily said that this stint was his most unexpected one. He hit multiple game-sealing homeruns throughout the series, helping to extinguish almost any hope for a Dodgers comeback in five games. What the Sox lacked perhaps the most over the last several years were bats that could light it up in the postseason, and Pearce’s was the one that was shining the brightest.

On the other side of the field was a player that was just as instrumental, but probably even more unexpected; David Price. Price had seen himself go from team to team after leaving the Tampa Bay Rays, and while he was able to deliver in the regular season fairly consistently, there was almost no hope for him in the postseason. He went into this postseason with abysmal numbers, posting a 6.16 earned run average and a 0–9 record in his 11 starts. However, once Price got to the American League Championship Series (ALCS), he was able to finally put his past behind him, as he rose to the occasion and pitched six shut-out innings, letting Boston clinch the ALCS and giving it yet another appearance in the Fall Classic. He followed that performance up with another two lights-out starts in the World Series, giving up 2 and 1 run in each game, respectively, in six and seven innings. After so much hate and disrespect from the Boston media over the last several seasons following each postseason disappointment, Price had the last laugh. He took over for a sick Chris Sale, the Sox pitcher who won the Cy Young and was Boston’s most trusted pitcher by far and delivered a performance that will land him in the annals of Red Sox and baseball history.

Much to Look Forward To

While it’s easy to look on last season fondly and appreciate how good of a team we saw take the field every day for the last couple of months, the youth of this Boston team cannot be underestimated. Mookie Betts is 26 years old and just won his first MVP, while fellow MVP candidate J.D. Martinez is signed for another four years. Other stalwarts on the team, including Xander Bogaerts, Jackie Bradley Jr., and Raphael Devers, are all still young and signed to the team for a number of years, giving them a rather wide championship window. What this team had this past year was special. No team can win 108 games and go through the postseason so dominantly without being especially talented, and this team still has its talent for the foreseeable future, giving much of the baseball world a lot to think about. While this core has won its first championship for Boston, this just might be the beginning of something a lot bigger.