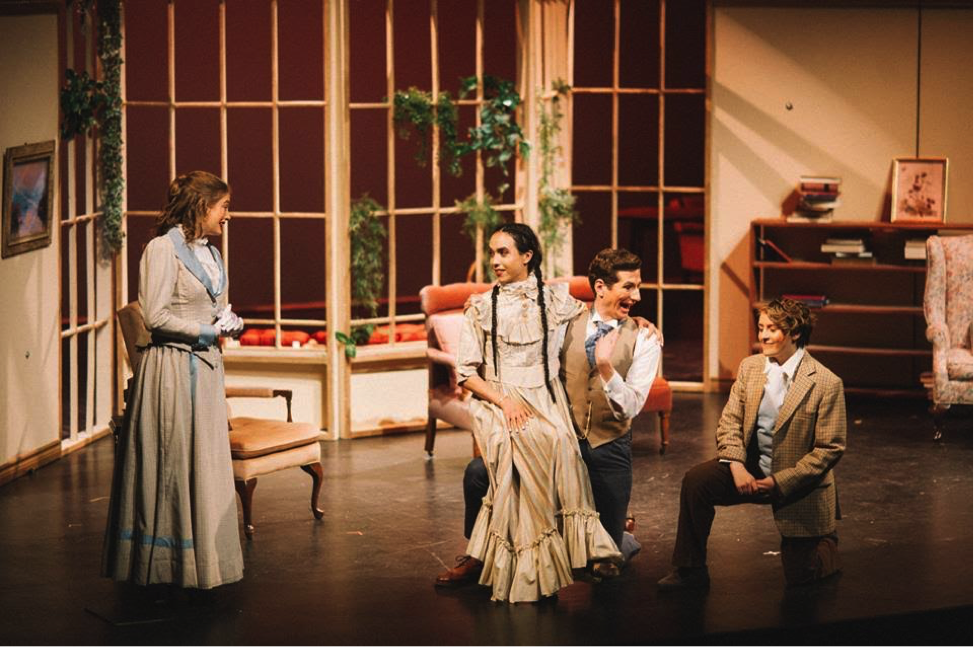 Comedy is curious since its perceived depth has no bearing on its survival. Let us consider The Importance of Being Earnest. Oscar Wilde’s “trivial comedy for serious people” was originally hailed by its admirers for its pleasantly fluffy nature. In the 12 decades that have elapsed since its 1895 release, this play has come to signify something more than the original Victorian audiences could possibly have anticipated. Specifically, The Importance has become a twisted time capsule of the more ridiculous aspects of upper-crust Victorian society. Today’s audiences find in Wilde’s text a great deal of meaning about the 19th century which may or may not reflect on modern life.

So, how does the Victoria College Drama Society (VCDS) bring The Importance up to date? Judging by the first of three performances, on Friday, October 26, director Rachel Bannerman’s chosen strategy was to match impeccable production design with committed, deliberate performances. Gianni Sallese pulls double duty as witty cad Algernon Moncrieff and as costume designer. Sallese’s turn as Algernon steals the scene, while his elaborate Victorian fashions convey a level of character detail that is astonishing for a student production.

Gwendolen Fairfax (played by Carmen Bezner Kerr) wears ostentatious button-up frocks, a sartorial reflection of the haughty young lady who seeks a fiancé specifically named Ernest. Her mother, the Lady Bracknell (Kara Austria), is dressed up but never overly so, which corresponds to Austria’s measured degree of propriety. Cecily Cardew (Kenley Ferris Ku) skips about in a white frock that certainly communicates her naïveté, yet the moment that Gwendolen suggests that the frilly garment is gauche, we are persuaded to agree. These perfectly costumed characters carry out their stage business — and consume a great deal of tea things — in front of the adjustable façade of a house which suggests the same wish of period accuracy.

Sylvia Woolner’s portrayal of Jack P. Worthing proves to be the main element of this production that rewrites the text’s meaning for a 2018 audience. It is Jack who kicks off the play’s farcical excuse of a plot when her avoidance tactic of moonlighting as her nonexistent brother conflicts with her own project to be married to Gwendolen. Notably, Jack is a woman in this production unlike the traditional casting where the character of the hapless suitor is male. Woolner’s performance initially appears a bit out of step. The actor does not speak with the same clipped British accent as her co-stars and her acting is more self-consciously stagey. Yet, as the play’s three acts proceed and Jack’s life becomes enmeshed in layers of mistaken identity, Woolner’s performance becomes more lively, spontaneous, and truly funny. This chameleonic transformation mirrors how Woolner’s casting is transforming this text: the surface heterosexuality of The Importance is discarded without apology, without sacrificing any of the play’s critique of petty social folly. Kerr’s performance as Cecily reinforces this bait-and-switch. Cecily speaks the lines of a dreamy teenager of her time, but the actor’s intonation and mannerisms uproot her from the 19th century and place the character squarely in the present. In the midst of their absurdity, the characters thus remain relevant and recognizable.

The telescoping of time invited by this production of The Importance is further communicated by the company’s musical choices. A song list is sadly absent from the program, but the musical selections again suggest the professed setting without plunging the audience directly into staid Victoriana. The lovely vocal performances of Emily Erhart and Jacob Leavitt between acts convey aesthetic beauty, wistfulness, and desire — in other words, the more serious side of the themes that are treated with such airiness in Wilde’s social farce. If nothing else, The Importance persists because we see that it belongs to us, in whichever sense of that relationship we choose. The artists of the VCDS understand this, and have amply communicated it to their audience. The production is also, it must be noted, screamingly funny, which is ultimately the truest sign of this play’s renewed success.