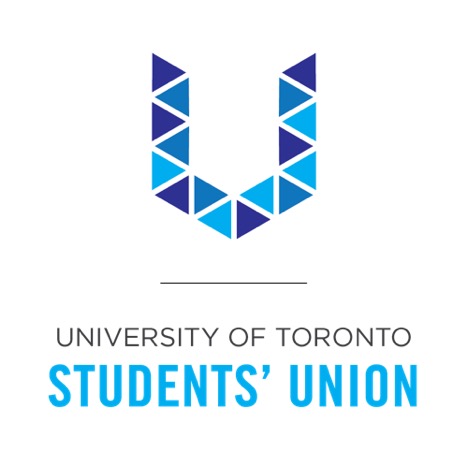 The University of Toronto Students’ Union (UTSU) held its Annual General Meeting (AGM) on October 30, 2018. The AGM is the UTSU’s largest meeting of the year, and serves as a chance for members — which includes all full-time undergraduate students at the St. George and Mississauga campuses, as well as students enrolled in the professional faculties, the Transitional Year Program, the Professional Experience Year Co-op, and the Toronto School of Theology — to ask questions and voice their concerns to the UTSU executives.

The AGM touched on many issues of importance to the student body. These issues were highlighted by proposals to separate the UTSU and the University of Toronto Mississauga Students’ Union (UTMSU) and to ban “slates” from UTSU campaigns.

The meeting began with a few logistical matters, such as the approval of the 2017 AGM minutes, and was followed by an oration from UTSU President Anne Boucher. Boucher spent most of her speech lamenting on the past failures of the UTSU, while highlighting ways in which the organization has both improved and crafted plans to improve.

“I think today, for the first time in awhile, the UTSU is not putting out any fires,” Boucher began. “We’re financially on track, we’re maintaining good, healthy relationships with campus partners, and we’ve been successful in pursuing the needs that our students face through both their advocacy work and our services.”

However, Boucher then went on to remind members in attendance that this was not always the case with the UTSU. Perhaps the most notable among these failures cumulated in the 2015 lawsuit brought against former UTSU President, Yolen Bollo-Kamara; former Vice-President (VP) Internal and Services, Cameron Wathey; and former Executive Director, Sandra Hudson. In the lawsuit, the UTSU claimed that Bollo-Kamara and Wathey authorized 2,589.5 hours of overtime pay for Hudson, despite Hudson allegedly never having claimed overtime hours during her time with the UTSU.

Boucher then went on to state that members should not compare the current student union to that of past years, fearing that members might become complacent with the UTSU’s growth.

“We should strive to be the best UTSU in absolute terms rather than relative ones,” she stated.

The Executive Question period was mainly focused on one issue: the Student Commons.

The Student Commons is to be U of T’s new six-floor student centre to be opened in 2019. Problems with the Student Commons have been present since the Student Commons Agreement was approved by the Governing Council in 2015. Initially, it was found that the levy amount, agreed upon in 2007, would not be enough to cover the initial costs of the building.  Cash reserves meant to offset these operational deficits were allegedly misused by former executives, leaving the UTSU and its members to question how the student union would get the appropriate funding for the project.

The conversation regarding the Student Commons primarily revolved around its delayed opening. Initial projections had the Student Commons opening in September 2018. Opening was initially delayed for January 2019 and have since been delayed to April 2019.

“The Student Commons is set to open in a building that’s over a century old. The simple fact is that, with old buildings come a number of challenges for renovation projects,” said Tyler Biswurm, VP Operations, in regards to the delayed opening. “Because they are so old, documentation gets lost [and] construction practices at that time simply weren’t up to spec as to what we expect now. So, as a result of that, the contractors working to put up the walls [and] build the windows have run into a number of unexpected challenges.”

At the AGM, members voted unanimously to support the separation of the UTSU and the UTMSU. The vote followed a similar vote to endorse separation by the UTSU Board of Directors in September.

The UTSU and UTMSU are bound together by the Associate Membership Agreement (AMA) signed by both parties in April 2008. However, since then, many members of the UTMSU have called for the removal of the AMA, citing issues over the representation of University of Toronto, Mississauga (UTM) students at the UTSU. Currently, the UTSU is tasked with representing both memberships and, under the AMA, the UTMSU acts as a subset of the UTSU.

“This has turned into a begrudging relationship that no longer works for either party,” explained UTMSU VP External, Atif Abdullah. “UTM students no longer stand to benefit from a student union that does nothing to represent them. We are 30% of the UTSU membership, but we are 30% that is constantly ignored, swept under the rug, and shut out at every single step along the way.”

While the separation of the two student unions appears to have overwhelming support from both sides, The Varsity reported in September that the UTSU projects approximately $82,800 in lost yearly revenue from UTM students until 2023.

Members Can Now Vote On Policy Changes at AGM

This was lauded among many members as making the AGM, and by extension the UTSU, more democratic. However, many members and former members of the executive were staunchly opposed to this bylaw amendment.

“Policies, in my opinion, should be the responsibility of the people who are most familiar with the day-to-day of the UTSU, which is the Board [of Directors], and the people who can actually be held directly liable for the decisions that they ultimately make for the UTSU membership,”

Boucher said. “I do think that UTSU can benefit from hearing members’ opinions when it does come to policies, I don’t think that the AGM is the place for this though.”

Slates, or UTSU candidates running together, often on the same policy platforms, have been a contentious issue at U of T. Many of the current executives ran on a slate, with Boucher running as the 2018 Presidential candidate for the Compass slate. Despite this, Boucher herself spoke against slates at the AGM, stating that, “Having seen both sides, I can definitely say that I prefer having independent candidates run.”

The motion to ban slates was approved by a significant majority of members in attendance.