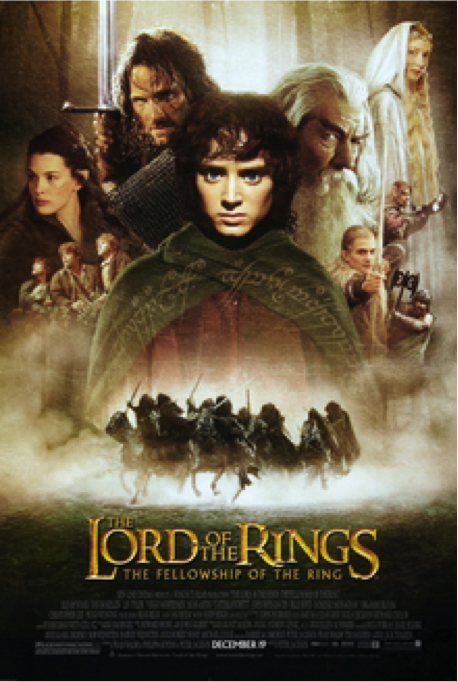 J.R.R Tolkien, Robert Kapilow, and Christian circles: how we can come to define fellowship

There’s an iconic moment in The Lord of the Rings trilogy when a company of nine utterly disparate (in both stature and personality) individuals are brought together under one unifying term: fellowship. Elrond, the effeminate Elf who dubs them so, prefaces this naming ceremony with an amen: “Nine companions. So be it. You shall be the Fellowship of the Ring.”

There wasn’t much that I could scrape together as to why J.R.R. Tolkien chose to call this peculiar troupe a fellowship, and this bothered me more than it probably should have. The thing is, I’m used to there being a backstory to everything with Tolkien. In Middle-earth the lore is infinite. There’s always something new about this battle or that character to be discovered upon further inquiry. He wrote fantasy with such purpose, and as G.K. Chesterton puts it, “Fairy tales are more than true: not because they tell us that dragons exist, but because they tell us that dragons can be beaten.” There is a richer meaning. It follows that in the case of Tolkien — the linguist, the world-maker, and the teller of truths about dragons and hairy hobbit feet — the question remains a particularly nagging one. Why fellowship?

This struck me as I was sitting on a couch at the Newman Centre. A relatively new acquaintance of mine expressed the sentiment that when you don’t know what to call a gathering, you call it a fellowship. It’s just general enough to define something that involves a mutual relationship among people, and just specific enough to imply togetherness, company, camaraderie, and even friendship. It’s evasive in one sense, but holistic in another. It’s just fellowship.

In my own musings and searches on Google, a recurring component of the definition of fellowship was a unity of purpose. A fellowship of individuals, or individuals enjoying time spent in fellowship, may be utterly disparate, and yet they are entwined by a common thread. In the case of Frodo and company, this was the objective to cast a problematic ring into a fiery volcanic chasm. In Christian circles, it is the unity of shared faith in Christ. “For where two or three are gathered in my name, there I am with them” (Matthew 18:20).

Fellowship is a round table discussion, people laughing, and friendships made. It’s four hobbits, an elf, a dwarf, a wizard, and two men. It’s also more than that. It’s a kind of intimacy between companions that does not need to be spoken of to be known. It’s a recognition between hearts that are set upon a common goal, or a common faith. Fellowship is an ambiguous sense of companionship that we know when we see it, or when we feel it.

When I attended a “What Makes it Great?” presentation hosted by Rob Kapilow at the Faculty of Music the other night, I got this odd sense once again. The extent of my musical knowledge begins and ends with my fourth-grade recorder career that unfortunately never surpassed an aptitude to play a winsome “Hot Cross Buns” melody. Accordingly, my understanding of Kapilow’s explanations as to the ins and outs of Schumann’s Piano Quintet registered in categories of my mind completely unrelated to music. In particular, he described Schumann’s writing of one musical set as “made vague, precisely.” This precise vagueness, to me, translated into something akin to the definition of fellowship. Something abstract, something bothersome to define, and yet something that you can point to. That there — that’s what fellowship looks like.

Elrond knew this, and so did my relatively new Newman Centre acquaintance. Whether on a quest to destroy a magic ring or as a part of our faith journey, the importance of likeminded companionship cannot be understated. Our relational nature demands formation through time spent with others, in community, and even more than that, in fellowship.

I’ve found what I confidently surmise to be fellowship in a Women’s Group at the Newman Centre, in my youth group at my home parish, and occasionally in my SMC One program, the Gilson Seminar (buy Professor Randy Boyagoda’s new novel Original Prin on Amazon today). Sometimes these communities can be hard to find, but once they’re found, they prove to have been well worth searching for. Fellowship, in all its abstraction, proves worth even the trek to Mordor. It is, after all, somewhat reminiscent of a greater unity of presence that Christians ultimately aspire toward. But we won’t go there — because that would be even harder to define.