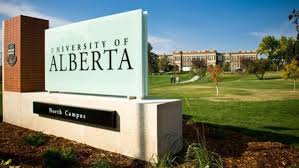 Questions of accurate reporting and stifling of student voices arise

In November, a lawsuit was brought against The Gateway — the University of Alberta’s Student Journalism Society — by federal Member of Parliament Kerry Diotte. Diotte alleges that The Gateway is responsible for a string of defamatory comments against him via a series of articles published over the past month.

The articles in question address a photograph taken of the University of Alberta Students’ Union’s President Reed Larsen with Edmonton-Griesbach MP Kerry Diotte on October 24, while they were both attending an event by Universities Canada in Ottawa. Larsen tweeted this photo, which sparked debate amongst students on Twitter. The Gateway’s coverage of this debate was interpreted by Diotte as defamatory.

In editorial notes published November 15, The Gateway retracted and apologized for its initial November 3 articles that cited various comments from third parties accusing Diotte of being a racist. “Subsequently, The Gateway was contacted by a representative of Mr. Diotte, who provided information indicating that the comments were untrue,” reads the November 15 editorial note. “On the basis of the information provided by Mr. Diotte, The Gateway apologizes for and retracts those comments, and has revised the article.”

In a statement released by the Canadian University Press (CUP) on November 20 to CUP members, they explain The Gateway has been in conversation with Diotte throughout the process of apology and retraction as well as the inclusion of the editor’s notes to the articles in question. Despite this, Diotte is proceeding to sue The Gateway $150,000 for damages. “The Gateway is in the process of reviewing the Statement of Claim, and will be filing a Statement of Defence in due course,” reads the CUP statement. “Pending the filing of that Statement of Defence, The Gateway is not able to provide any additional comment on this matter.”

As per a Huffington Post article from November 20, 2018, Diotte’s lawsuit against The Gateway comes a week and a half after he “threatened legal action against at least four people in their early 20s who called him ‘racist’ on Twitter.”

In the aforementioned November 20 CUP statement, CUP makes their stance on Diotte’s actions very clear. “Mr. Diotte’s choice to continue in his pursuit of legal action against The Gateway shows that his intentions go beyond protecting his own reputation and extend into the dangerous territory of stifling and financially devastating an independent student publication,” the statement reads.

The CUP statement ends with a hope for reconsideration from Diotte.  “It is apparent that Mr. Diotte is engaging in several Strategic Lawsuits Against Public Participation (SLAPP), which seek to censor and intimidate critics and silence the free press,” as CUP writes. “We at CUP believe that this is unacceptable, considering Mr. Diotte’s position as an elected representative and Member of Parliament.”