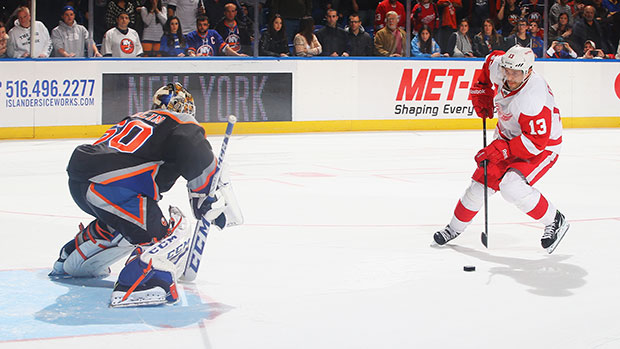 Shootouts and other game-ending gimmicks in major sports

I have no strong feelings about National Hockey League (NHL) shootouts. On one hand, they remove the intricacies of the sport and leave the outcome in the hands of gimmicks and raw skill, but on the other hand, they let a game end definitively. On another hand, they give a last minute excitement to the game, but on a final hand, 3-on-3 sudden death is more fun. One thing you can say about shootouts is that they are unique. Only soccer, with its penalty kicks, has anything like shootouts.

So, what I want to know is, what would shootouts look like in other sports?

First, I want to look at basketball because I think it’s where I have the most exciting idea. It’s not the obvious one, sure, the first thing that springs to mind is a free-throw contest of some kind. Structurally, it looks a lot like the shootout. Both are based on penalty shots, but the free-throws aren’t as exciting as hockey penalty shot. You would leave your last five players out and they each shoot one or two shots, and the group with the most points wins. This would come down to your worst free throw shooter hitting a shot, and you lose the fundamental excitement of top-tier skill that fuels the shootout. So, what I’m thinking is some 1-on-1, 2-on-2, Uncle Drew style, first to 7 points event. You leave your best handles, surest shots or biggest bigs out there, and let it get settled old-school style. I know a good idea when I hear one, and that is a good idea.

Other sports, less good ideas, but are still fun to think about. Football, like basketball, has an obvious analogy. A high jump style, field goal competition. Gradually increase the distance away from the uprights until one kicker can no longer make the shot. Another idea comes from my favourite video game, Overwatch, and its version of sudden death. Who can make it the furthest? The first team sets the mark, maybe you have only 4 downs and no firsts, or you have only three downs, CFL rules in the NFL, and then the second team either passes the mark or fails. If you get a touchdown, you just keep going until the defence gets a stop. It would make a violent and grueling sport that much more grueling.

The sport that is the most difficult to pull apart into raw skills has to be baseball — it might be too perfect. Sure, you could have a home run derby where every batter faces their own pitcher for one swing and tries to hit 9 of 9 homers, but that completely eliminates the defence from the game. Baseball is a densely intricate game, no person (defensively) stands on their own, each is dependent on another’s ability to field, throw, and catch a ball. The only two who stand alone are the batter and, to a lesser extent, the pitcher. Just the pitcher and a batter don’t leave much for a showdown. Hit or lose? Home run derby? Pitch until you throw a ball? The options aren’t thrilling.

Anyways, this is a fun exercise don’t you think? You can do it with other sporting events too, just for kicks. Boxing, schoolyard shot-for-shot to the sternum instead of a judges decisions. MMA, bloody knuckles. Wrestling, why not just have some fake, but intense, arm wrestles? Marathons, run until you can’t run anymore. Speed skating, why not have a shootout?