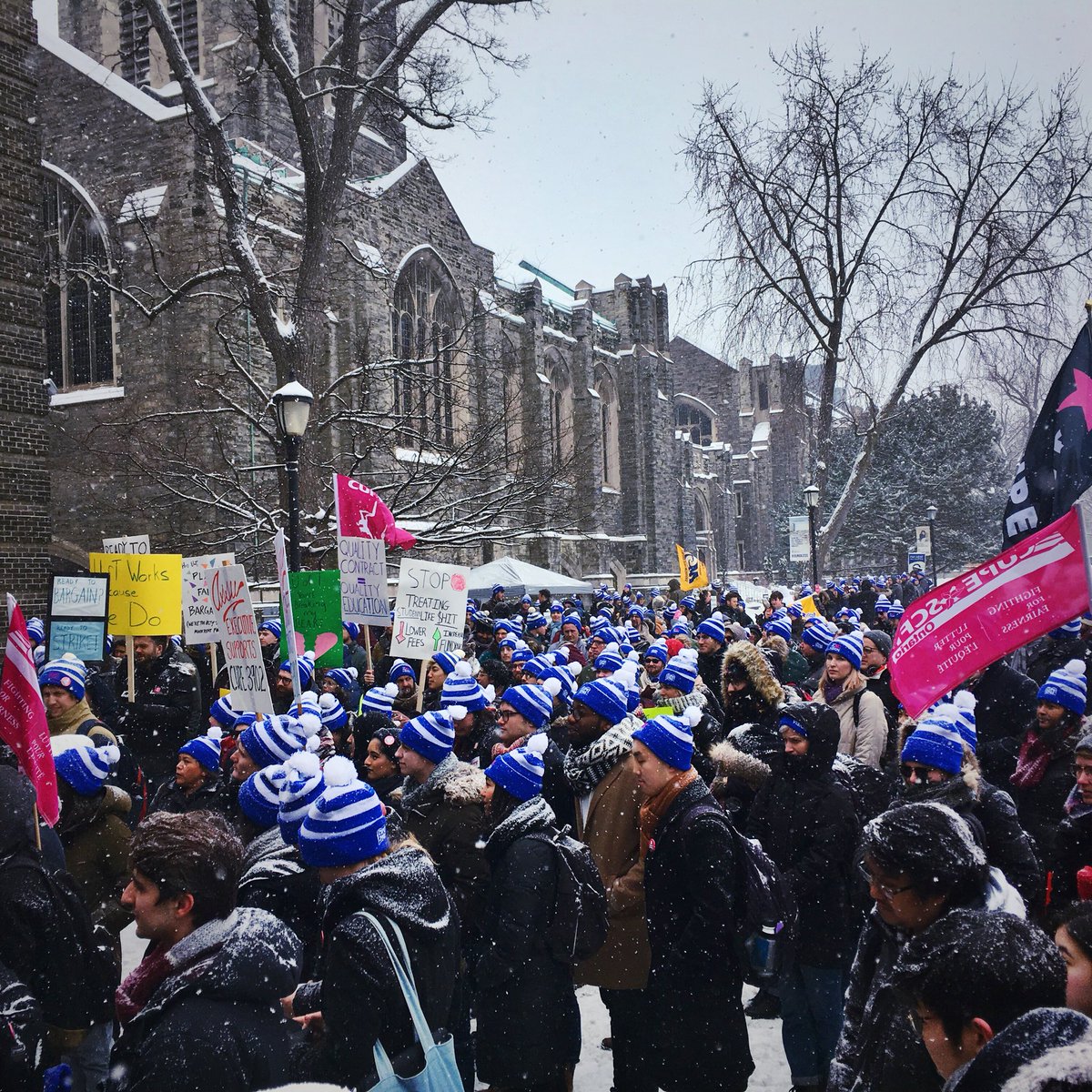 Photo: CUPE 3902 Unit 1 members and supporters rally outside of U of T’s Simcoe Hall on Thursday February 7 (QPUofT’s Twitter).

The Canadian Union of Public Employees (CUPE) Local 3902 Unit 1 and the University of Toronto (U of T) have reached a tentative agreement following five months of negotiations.

The tentative agreement was announced late last night, Thursday, February 8, via CUPE 3902’s social media accounts. It was reached with the help of a provincially appointed conciliator, and comes in advance of the Monday, February 26, strike deadline that was set at a union membership meeting in late January.

The announcement comes on the heels of a Thursday, February 7, CUPE 3902 Unit 1 rally held in front of Simcoe Hall that, according to The Varsity, had over 250 attendees. The rally was set to coincide with the final day of conciliation.

The union has now scheduled an ascension meeting, in which membership will vote on the tentative agreement, for Monday, February 12, at 6:30 p.m. in Convocation Hall. This vote will decide whether the agreement will be put forth to a unit-wide vote for ratification, in which case polls will open thereafter and remain open until Friday, February 16. Should the vote fail, and no alternate agreement be reached prior to the February 26 deadline, the union will automatically vote to go to a strike.

The previous collective agreement between U of T and CUPE 3902 Unit 1 expired December 31, 2017. Both parties jointly filed for conciliation.