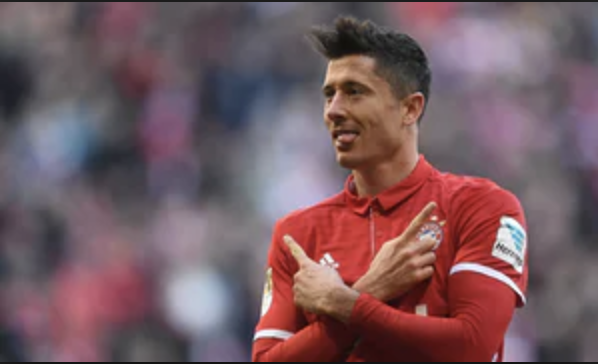 The Bundesliga’s top scorer ready to move on, but Bayern may not agree

The Bundesliga is at the top of the German football league system as well as one of the top leagues in the world behind La Liga and the Premier League. This should come as no surprise as the German national football team won the 20th FIFA World Cup in 2014.

With such strong competition among clubs in the Bundesliga, the league has attracted and acquired remarkable talent from all parts of the world. Looking simply at FC Bayern Munich, you have players from different countries like Thiago (Spain), Arturo Vidal (Chile), and Robert Lewandowski (Poland) as part of the roster.

Bayern Munich has consistently been at the top of the league in the past 6 years, winning the German championship every year since the 2010-2013 season. Having such great players on the roster, Bayern is again currently dominating the Bundesliga with 60 points, ahead of the rest of the teams in the league. The club second to them in the table is FC Schalke 04 with only 43 points compared to their 60, though the rest follow in close succession.

A key element to this current success is in the club’s leading goal scorer, Robert Lewandowski. The 29-year-old striker has been named the all-time top scorer for Poland, been ranked as the fifth-best footballer on the planet by the Guardian in 2015, and been a regular contender for the Ballon d’Or in recent years. He first began playing for Bayern after a transfer from a rival Bundesliga club, Borussia Dortmund, in 2014. Currently, Lewandowski’s success mirrors that of his club as he presently leads the league with 20 goals, with the next highest scorer, Pierre-Emerick Aubameyang of Borussia Dortmund, behind him with 13.

Noting his role in the club’s success, recent speculation of Lewandowski’s desire to transfer out of the Bundesliga into either the Premier League or La Liga comes as a notable move in European football. Many attribute this possible transfer to his desire to win the Champions League, which Real Madrid has won consecutively in the past two years. Some believe that his recent separation from his previous agent, Cezary Kucharski, is a major factor. This is because he recently appointed Pini Zahavi, a famed dealmaker known for his involvement in Neymar’s world-record transfer to Paris St. Germain last year, as his new representative. Many believe that this is a sign of his strengthened efforts to part with the team. Furthermore, news of a recent spat during a training match between Lewandowski and teammate Mats Hummels, who also previously played for Borussia Dortmund, has fueled the rumors of his transfer.

Multiple reports suggest that he may move to Manchester United FC of the Premier League or Real Madrid CF in La Liga. However, there are many reasons why this move may be unlikely. First, Lewandowski is under contract with Bayern Munich until 2021. Former German defender, Christoph Metzelder, also recently weighed in on the situation, saying that a Lewandowski transfer would not be considered by Bayern as he is a key player on the team without any suitable replacements available. He also notes Bayern’s history of retaining their top players as the club has enough money to avoid the need to transfer a top player.

While his current team may not want this star player to leave, according to Sky Germany, Lewandowski has rejected a new deal with Bayern, instead opening talks with Real. If Lewandowski ends up with another team, the state of European football will clearly undergo a transformation. This may alter the competition within the Bundesliga, giving other clubs a greater chance at winning the German championship over Bayern. Additionally, if a transfer to Real goes through, this may lead to the club dominating both La Liga and the Champions League. Regardless of what happens, the final results of these rumors will continue to hold fans of European football in great anticipation.