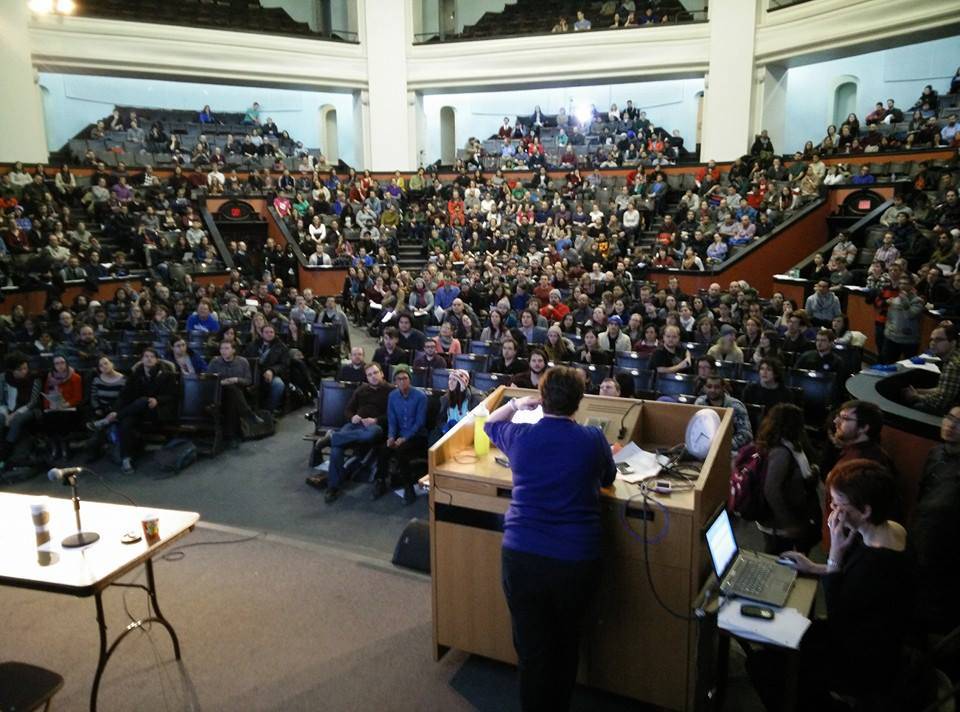 Members of the Canadian Union of Public Employees Local 3902, Unit 1 approved the new collective agreement negotiators reached with the University of Toronto on February 8. The agreement was ratified with a unit-wide vote following the February 12 ascension meeting. The vote began following the meeting and ended February 16, with 86.1% voting to ratify the agreement.

Unit 1 of CUPE 3902 is known primarily for representing teaching assistants (TAs) at U of T; although its members also include course instructors, chief presiding officers, and invigilators. The local’s membership is made up of around 9,500 workers, 7,000 of which work in Unit 1.

Negotiations had been ongoing since September 2017. They initially stalled due to demands from members of Unit 1 for higher compensation, better health care benefits, improved working conditions, and more equitable work environments.

“We are pleased to have reached an agreement with CUPE 3902, Unit 1,” said Professor Kelly Hannah-Moffat, Vice President of Human Resources and Equity. “Our goal always is to have productive and constructive rounds of bargaining to reach a collective agreement.”

Many of the stipulations gained in the new collective agreement involve wage increases. In 2018, course instructors annual wage will rise to $15,800. Along with this, teaching assistants’ (TAs) wages will increase to $44.44 per hour, invigilators (for exams) to $41 per hour, and chief presiding officers to $31 per hour. Furthermore, all wages are set to increase 2% on January 1 in both 2019 and 2020.

Members of the union also will gain more extensive health care and mental health coverage as a result of the new agreement. Most notably, there will be an increase in prescription coverage to a maximum of $15,000 per person per year. This is in addition to a $15,000 maximum combined health plan coverage.

In addition to wage increases and additional coverage, the new collective agreement also changes the language of many existing articles. For example, the wording “his/her” or “he/she” has been changed to “the employee” in order to prevent discrimination against those who may not identify as either gender.

“Both the University and the union worked hard, with the help of a provincially appointed conciliator, to reach this deal,” Hannah-Moffat said.

The Mike has reached out to CUPE 3902 for comment.