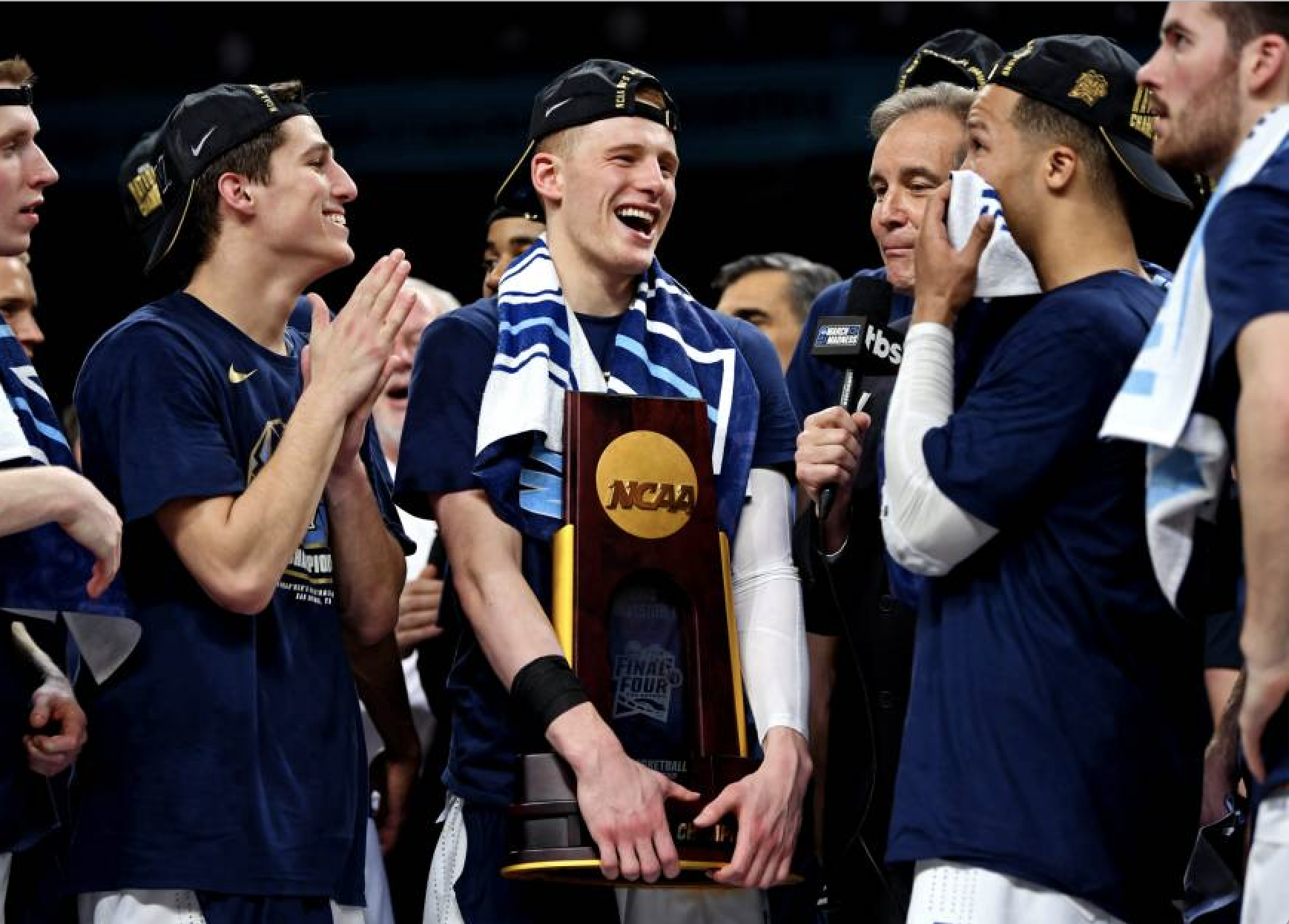 The tournament that made history

March Madness… The time of the year that brings avid college basketball connoisseurs and strangers to the basketball world together to fill out a bracket for the chance to win millions of dollars. Despite such a massive number of people entering their brackets, a perfect one never emerges. This is the beauty of March Madness.

This year began like any other year with a few upsets on the first day. In fact, 13-seed Buffalo even knocked off 4-seed Arizona, sending the potential first overall pick in the NBA draft, DeAndre Ayton, home early. Another top star sent packing in the first round was 6’2” phenom Trae Young. He is the first player ever to lead the National Collegiate Athletic Association (NCAA) in both points and assists per game during the regular season. However, this was not enough to carry a hodge-podge cast of teammates past Rhode Island.

Despite these two upsets, the biggest upset by far was the unprecedented 1-seed University of Virginia being knocked off by 16-seed University of Maryland Baltimore County (UMBC). An upset of this magnitude has never occurred in the tournament, let alone by a 20-point margin. UMBC game planned specifically for this game, exploiting Virginia’s lackluster offense and knocking down three after three, avoiding Virginia’s interior presence. This game made history as the first ever 16-seed to beat a 1-seed.

Up to the final four, the rest of the tournament was relatively uneventful with the exception of one outlier: the University of Loyola Ramblers. The 11-seed Ramblers somehow kept knocking off formidable foe after formidable foe, including the likes of 6-seed Miami and 3-seed Tennessee. Alas, the Cinderella story ended as Michigan handily defeated the Ramblers in the Final Four 69–57. On the other side of the bracket, Villanova played Kansas in a very tough battle of the 1-seeds. Ultimately, Villanova prevailed as it was simply just more talented than the Jayhawks. However, Jayhawks Coach Bill Self and his squad definitely exceeded expectations. Uncharacteristically, Kansas had to rely on tenacious defense and smart basketball instead of superior talent. Kansas should be proud of its tournament run.

The championship game had come down to the Villanova Wildcats and the Michigan Wolverines. Unfortunately, this game failed to live up to expectations as the game quickly got out of hand early, thanks to the unexpected hot shooting of bench player Donte DiVincenzo. All that can be said is this young man came to compete. He finished the game with 31 points, five rebounds, and three assists, effectively squashing the hopes of the Wolverines single handedly with some very emphatic blocks and earning the Final Four Most Outstanding Player.

Overall, the tournament was historical but continues to have the same problem as previous years. Although the Cinderella stories are nice, fans want to see the primetime NBA prospects in the Final Four competing under the brightest lights. Even the most avid college basketball fans would struggle naming even one player from the Loyola Ramblers. Unfortunately, that is the nature of the madness.