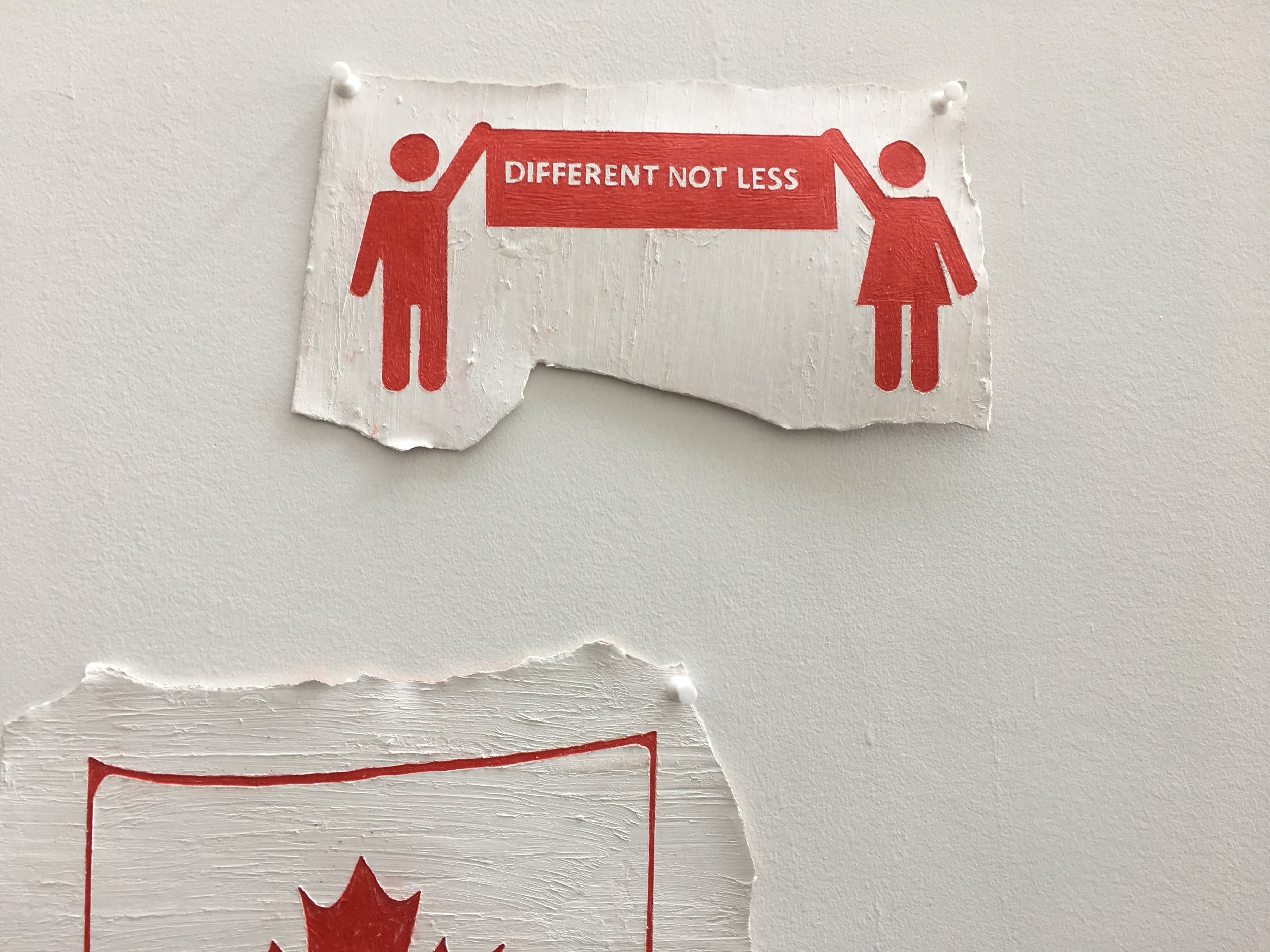 On March 15, I went to The Power Plant, with the Harbourfront Centre Camps, on a field trip to explore the different visual art exhibits.

The Power Plant Contemporary Art Gallery is Canada’s leading non-profit public art gallery that is solely dedicated to contemporary visual art from Canada and around the world. As a camp, we walked to The Power Plant, explored the different visual art exhibits at no cost, and learned about various artists and their visions.

To begin, we learned some history about The Power Plant. The Power Plant was established in 1976 as an Art Gallery at Toronto’s Harbourfront. This original powerhouse alongside the Harbourfront Centre was constructed to heat and refrigerate the massive Toronto Terminal Warehouse, which is now the Queen’s Quay Terminal. The gallery saw its 30th anniversary in 2017 and has seen tremendous success. The community was thrilled to have it established as a dynamic organization committed to creating a diverse environment for all to access various contemporary art.

The artist in focus was Michael Landy. Landy is a key member in the generation of ground-breaking artists who emerged from London in the 1990s. He explores notions of capitalism, commerce, value, creation, and destruction. His exhibition, which is called Demonstration, takes place in The Power Plant and transforms a tall corridor gallery into “a wall of protest” which is promised to regularly evolve throughout the six months that it is being displayed.

Throughout the six months, studio assistants will be churning out the red and white drawings that are added to the walls, and each one of those pictures will be based on something that “captures Canada’s social and political landscape through the eye of its inhabitants.” This exhibition was quite interesting as Landy invites the public to collaborate in building his “wall of protest” by submitting words, texts, and slogans that represent their thoughts and feelings. While walking through this exhibit and reading the different texts and slogans, which were written solely in red with a white background, everyone was able to read different protests that included banter against Trump, different feminism and racism notions, and different urgent issues and how we may protest them in the future.

Landy has created similar exhibits in recent years which include an exhibit in Athens, Greece for this spring. It is similar to Demonstration and is meant to be a “bridge of communication” between the artist and the people. This time the objective is to “portray the current Canadian experience” says Nabila Abdel Nabi, RBC curatorial fellow at The Power Plant. The exhibit is still displayed in The Power Plant and you can still have your voice heard. To have your voice heard, contact The Power Plant by email at [email protected], through social media with the hashtag #TPPDemonstration, or by visiting The Power Plant on Thursdays between 5 and 8 p.m. to deliver your contribution in person.