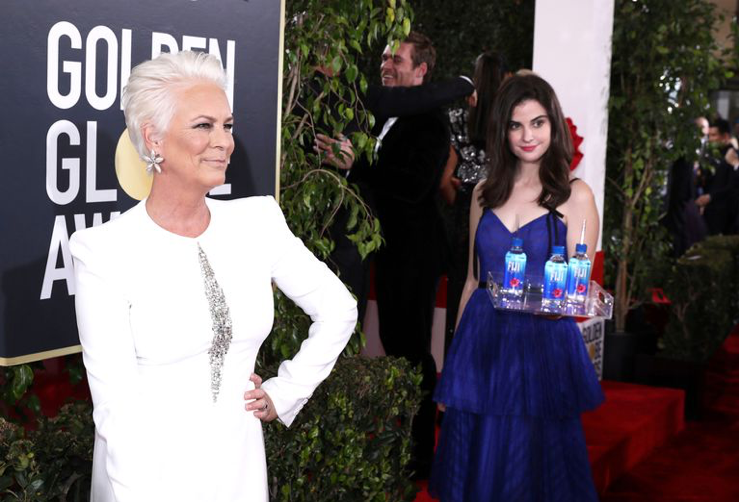 Here are the awards for the best, worst, and most shocking moments of the evening

Awards season has officially begun! Let’s recap the best, worst, and most surprising moments of this year’s first celebration of television and film.

The Golden Globes have a reputation for being the more fun and lively (read: drunk) of the awards shows, so it was a little disappointing that the show’s opening moments were so bland. Jokes by hosts Sandra Oh and Andy Samberg just didn’t land and the whole thing seemed overly long. Thankfully, the speech wasn’t a complete mess — it was redeemed at the end when Oh got sentimental and talked about the change she wants to see in the industry.

One of the few jokes that worked in the opening monologue was Oh’s comments about her stereotypically disapproving Asian parents, with the camera panning over to them sitting politely at their table. This funny moment then gave way to a heartwarming one when her father was seen looking proud and giving her a standing ovation when she won Best Actress in a Television Series – Drama for Killing Eve.

Not only did we get the legendary Carol Burnett receiving a television achievement award named in her honour, but we also got the equally renowned Jeff Bridges receiving the Cecil B. DeMille Award. For her part, Burnett gave a heartfelt speech about her time in the TV industry and offered wise advice for those coming into it. And Bridges, well, I have no idea what he was talking about, but I could’ve listened to his soothing ramblings forever.

Yikes. Who thought it was a good idea to hand out free flu shots to a theatre of unwilling stars? Not only was this gag not funny, but it also was so rushed it was basically blink-and-you-miss-it, adding to the overall confusion of why this happened in the first place.

She was basically a shoo-in to win Best Actress in a Supporting Role for If Beale Street Could Talk, but the lack of shock value did not deter her from delivering a powerful speech about the importance of representation in film. She then made a bold but worthy promise, vowing that everything she produces in the next two years will be 50% female, and encouraged other industry leaders to do the same.

Seriously, she’s one of the most underappreciated actresses of our generation. Adams was not only nominated for Best Actress in a Limited Series for her spectacular work in Sharp Objects, but also for Best Actress in a Supporting Role for Vice. And she lost both! She’s one more awards show away from becoming the next Leonardo DiCaprio.

This was pretty much expected to go to Lady Gaga, no questions asked. But when it was announced that Hollywood icon Glenn Close won for her role in The Wife instead, I think it’s safe to say everyone was more than a little shocked, including Close! Luckily this led to her giving a genuine and teary speech, encouraging women to find personal fulfillment outside of their husbands and follow their dreams, ending in a standing ovation.

First surprise: Bohemian Rhapsody was nominated for Best Drama and not Best Musical. Second surprise: it actually won in that category. While there’s no doubt that Rami Malek gave a stunning performance as Freddie Mercury (and walked away with Best Actor in a Motion Picture – Drama to prove it), that’s where most of the awards buzz for the movie ends. It’s an entertaining movie of course, but when pitted against huge contenders like A Star is Born or culturally significant films like BlacKkKlansman and Black Panther, the win is head-scratching to say the least.

I had no idea where to put this, but I had to mention her right? This girl is my hero. The best photobomb of the night goes to…