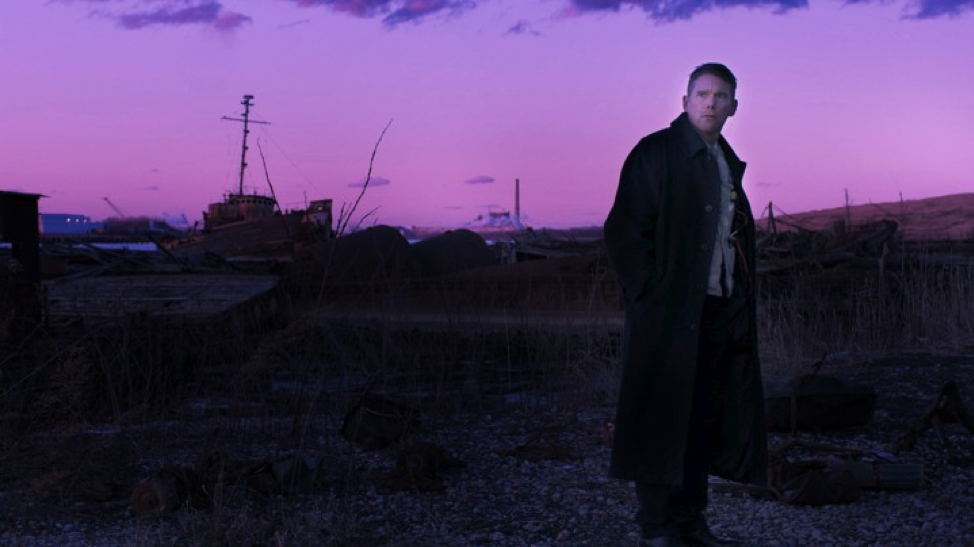 Three filmmakers’ works intersect through the expression of exhaustion

Storytelling has always been a way for people to grapple with deep unease that can be difficult to parse. Especially now, when it feels as though the conversation revolves around how exhausted everyone is every time I sit down with friends, finding the words to explain this fatigue is difficult. Luckily for us, we have movies. Film has a certain power of universal expression, and the tiredness and discontent that seems to be baked into our collective cake has not gone unnoticed by three of the period’s finest filmmakers.

Paul Schrader created First Reformed, an Ethan Hawke-led drama which contemplates faith in God and in people, physical and emotional grief, as well as some light eco-terrorism. Schrader’s film is visually striking and all-consuming, and is electrified by Hawke’s harrowing performance as Reverend Toller. As Toller struggles with the earth’s decay, we are left to sift through our own feelings of hopelessness. The nature of First Reformed is so reclusive that moments of humanity feel violent, while sparse supernatural-isms captivate viewers. But the anguish in Hawke’s performance would unapologetically break through the most optimistic of filmgoers to unite us all in that clanging, needy idea which he utters: “Somebody has to do something.” First Reformed understands how tiring waiting can be, and allows audiences to feel both the potent need to act and the lethargic optimism of hoping that someone else will instead.

Similarly, director Chang-dong Lee opted to tap into a sense of unspecific longing in his exquisite film Burning. Jong-su is an under-employed college graduate in Seoul who navigates a love triangle between himself; Hae-mi, a young woman suffering from what she calls ‘the great hunger’; and Ben, a rich bachelor. Burning simmers as Jong-su struggles with jealousy until Ben, played by Steven Yeun, confesses his passion for burning greenhouses to Jong-su. Viewers are left uncertain as to whether Ben is vacuous or sociopathic, as Burning bubbles into a slow-burn mystery. While Jong-su finds meaning in a crusade for truth, Lee peppers the film with ideas about geopolitical unpredictability and class issues. And though inconclusive endings are not every filmgoer’s cup of cinematic tea, the ambiguity is able to capture the complicated nature of capital ‘P’ Purpose. Burning challenges viewers to question where meaning can be found in a world of half-truths.

Although modernity can feel bleak at times, some films opt for an optimistic approach to collective expression. Claire Denis’ Let The Sunshine In cuts through its episodic nature to bring a bright pop of assurance. Juliette Binoche is a wonder as Isabelle, a French artist floating through deeply felt love affairs, exhaustedly trying to find ‘the one.’ Masterfully, Binoche and Denis access a pervasive feeling of loneliness, and acknowledge deep anxieties about what love can mean in a modern landscape. In the crucial final scene, Isabelle visits a psychic who urges her to remain open. In uttering the French title of the film, ‘Un beau soleil intérieur’ (which more closely translates to ‘the beautiful sun inside’), the film’s sincerity and perseverance become a prescription for navigating the complicated waters of love and loss.

Each of these films provide viewers with the means to express emotions rarely expressed out loud. Though this particular emotion we’re all feeling remains unnamed, it is comforting to know that film will be there to help pin it down. Hopefully it’s reassuring that we can relish in our exhaustion together and even heal together, helped by the emotive power of movies.