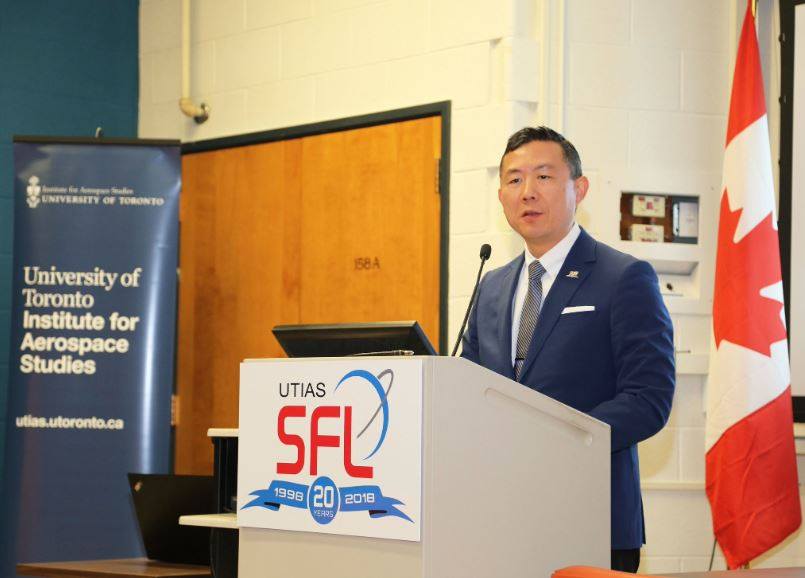 U of T’s Aerospace Studies program collaborates with federal government

In 2015, the federal government announced the All Domain Situational Awareness Science and Technology Program, a program founded in response to the increased global interest in the Arctic, which after years of isolation has been made accessible due to climate change. Subsequently, in June 2017 the Department of National Defence (DND) founded the new policy Strong, Secure, Engaged, which addresses the additional responsibility brought on from the program. Since then, the DND continues to explore the economic, global, and environmental interest in the Arctic on behalf of the Canadian federal government.

Committing to the exploration of this niche market, the DND has decided to release $46.2 million in funding toward the support of surveillance efforts in the Arctic. The University of Toronto Institute of Aerospace Studies (UTIAS) Space Flight Laboratory (SFL) received one of the contracts awarded.

The UTIAS SFL and partners were awarded a contract from the federal government greenlighting the upcoming Project Gray Jay Pathfinder. The project was announced on February 1, 2019. Members of Parliament (MP) Ali Ehsassi, the Willowdale riding MP, and Michael Levitt, the York riding MP, were present at the University of Toronto Institute of Aerospace Studies representing Defence Minister Harjit S. Sajjan.

The project is a collaborative effort between UTIAS, the Department of National Defence and Canadian Armed Forces, A.U.G. Signals Ltd., and Space Strategies Consulting Ltd. U of T’s role in developing the satellites will be through the work of UTIAS SFL, helmed by associate professor Robert Zee. Zee will lead a research team with a $15 million budget to develop the three microsatellites. Zee and his team will be responsible for designing and creating a prototype satellite, and once successful will have two other microsatellites built to create a small formation. Zee’s partners will tackle the logistics that are required to amass and process the surveillance data that will be retrieved through these satellites.

Zee, with 20 years of successful microsatellite development, remarked about the opportunities the project will bring.

“It will open the door to greater opportunities to serve Canadian interests as well as enhance global competitiveness and foster new international collaboration while providing elite training opportunities for graduate students.”

Only time will demonstrate as to exactly what those opportunities are, pertaining to Canadian interests and graduate student training. The University of Toronto awaits the results of Project Gray Jay Pathfinder, with the hopes that its success will cement UTIAS SFL as a giant within the field of aerospace engineering as they seek to survey the effects of climate change in the Arctic.

The Mike has reached out to the University of Toronto Aerospace Team for comment.