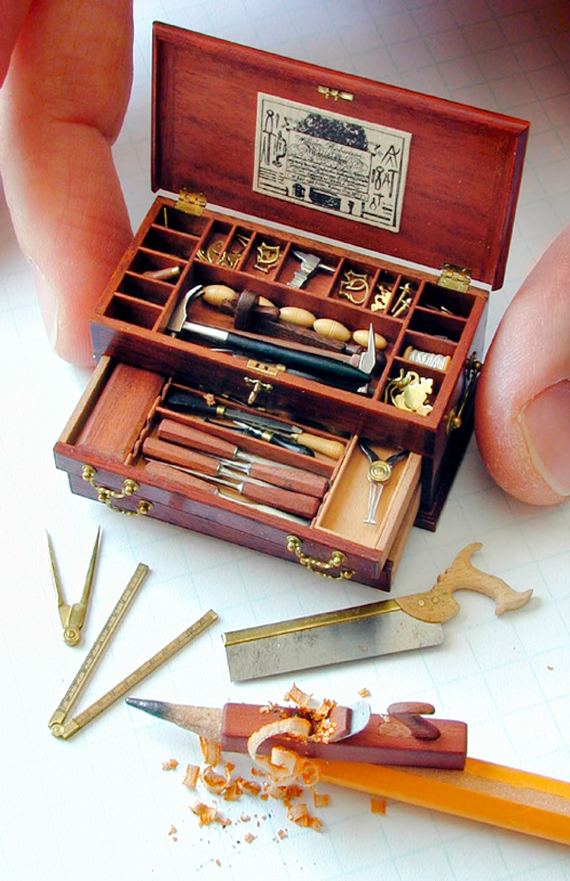 Serial killers, end of the world scenarios, and other terrorizing topics in the mainstream media dominated our screens for some time. But, with streaming services like Netflix, Hulu, or Super Channel, independent filmmakers focusing on the positive aspects of life can have a more powerful voice than the violent films that are coming from larger studios. For Tony Coleman, being a film editor for Entertainment One came with a lot of exposure to such scary and violent images. This is why, when Coleman and his wife Margaret Meagher made enough money from their jobs, the couple hit the road to make something of their own. Directed by Coleman, Miniature (2019) is a survey film that showcases the immense power and wonder hidden behind small objects. The universal human connection to miniatures is expertly examined in the film and revealed to be very exciting.

As a kid, Tony Coleman built models of the starship enterprise. Holding the model in his hand, he sometimes shut the door in the dark so that he could pretend he was in space. Coleman, like all children, developed an intense relationship with his toys. To pretend to be in space was to truly be in space. Tiny Goat Films, Coleman’s film company, wanted to motivate people to do something creative as opposed to scaring them, and he chose to do so with enthralling images that evoke the childish sense of wonder and imagination in small objects. As a result, Miniature is the most entertaining and inspiring documentary to come from a filmmaker in recent years. While society was angry about the bad things humans have done, Tiny Goat Films made a film about the good things humans can do. Coleman narrates the film like a program out of the Discovery Channel or the History Channel. Like Mighty Uke, Coleman’s last film about the art of ukulele playing, Miniature stays faithful to a weird topic, yet manages to reveal the universality within it. “If the subject is odd,” Coleman said, “the format should be traditional.”

The multi-talented nature and versatility needed to produce miniatures is mind-boggling, and the film reveals a large “miniature community” out in the world. The survey of each group or individual producing and operating the models and artwork stretch all around the world, so that the viewer is constantly travelling throughout the film. When asked in conversation with The Mike how the film crew gathered and organized so many of the most successful artists in the miniature field and fit them into the overall arch of the documentary, Coleman laughed and responded, “A lot of time on the internet.” Using this method of fully engaging with the enthusiast community, Coleman was able to make friends with some of the most important names in miniature art — and this was no small feat. Coleman emphasized his appreciation for Bill Robertson, a prominent artist in the miniature culture. Robertson was very helpful in connecting him with other influential artists and opening doors into the culture.

In the 1970s, adult collectors began the trade of fine scale miniatures. Today, miniature art has become a global phenomenon. The euphoric sense of wholeness behind small objects is something everyone can relate to. Miniature is a must-see documentary for 2019 as the need for positivity and wonder becomes more urgent amidst the darker influences of the modern world – and it can be easily streamed on Super Channel for the next year and a half. I look forward to more works by Coleman and his wife Margaret, who is a teacher and, according to Tony, “[someone who] always understands that it is crucial to give people an opportunity to express.” Ultimately, Miniature is a testament to human wonder and creativity.