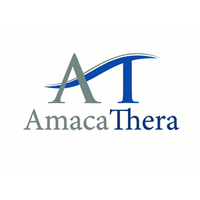 AmacaThera, a biotechnology startup from the University of Toronto (U of T), has generated $3.25 million to develop a gel-based system that could change the world of post-surgery treatment. The lab is led by former Ontario Chief Scientist Molly Shoichet, at U of T. AmacaThera has developed this new technology using a medium that has only grazed the surface of the medical field: hydrogel.

During surgery, the hydrogel will be administered simultaneously with a general anesthetic, either alongside it or with the hydrogel itself encapsulating the sedative. Once it enters the body, the compound begins to congeal and firm up, which lasts through the procedure. The effect of the hydrogel will last at least two to three days after surgery.

What is actually inside the hydrogel is nothing new to practitioners. They are drugs already used in common surgical procedures. The exponentially greater lasting power is what allows hydrogel to pose serious competition to current surgery medication protocol. There are no worries of the hydrogel remaining as an alien substance in a patient: once the effect wears off, the compound can easily diffuse into the bloodstream and then is broken down by the human body’s digestive enzymes.

Moreover, hydrogel has a better degree of precision. Its formula allows administered medication to be concentrated in a specific area and not spill into other regions. The many benefits hydrogel treatment could provide to the patient presents a promising role in the medical field.

This new biotechnology directly connects back to U of T. The founder of AmacaThera, Molly Shoichet, Ph.D., has been a U of T professor for over 30 years, in departments including chemical engineering and biotechnology. She runs a lab at U of T whose research has resulted in the origin of three startup companies.

During its development, AmacaThera has received support from two of U of T’s entrepreneurship centers: University of Toronto Early Stage Technology (UTEST) and the Creative Destruction Lab. From its growth through the university, it has also attracted the attention and support of MaRS and the Ontario Bioscience Innovation Organization. The company will begin Phase 1 of their clinical trials in about a year or so, and if successful may result in a great deal of recognition for both Shoichet and U of T.

While the main focus of AmacaThera’s hydrogel treatment is to ease the process of post-surgical recovery, it may also ease issues outside of the operating room. Currently in Canada there has been a swell of opioid substance abuse. A study by Tara Gomes, Ph.D., at St. Michael’s Hospital discovered that more than 50% of opioid-related deaths have been at the hands of prescription drugs. Further, it has found that a great number of opioid addicts began their cycle of substance abuse when they were prescribed the medication for post-surgical reasons. AmacaThera’s technology may slowly remove the mandatory resource of post-surgical medication, which inherently will prevent more individuals from potentially facing substance addiction. Given the goals of this new technology and how it may change the medical field as it stands, AmacaThera has the potential for an exciting and prosperous future.