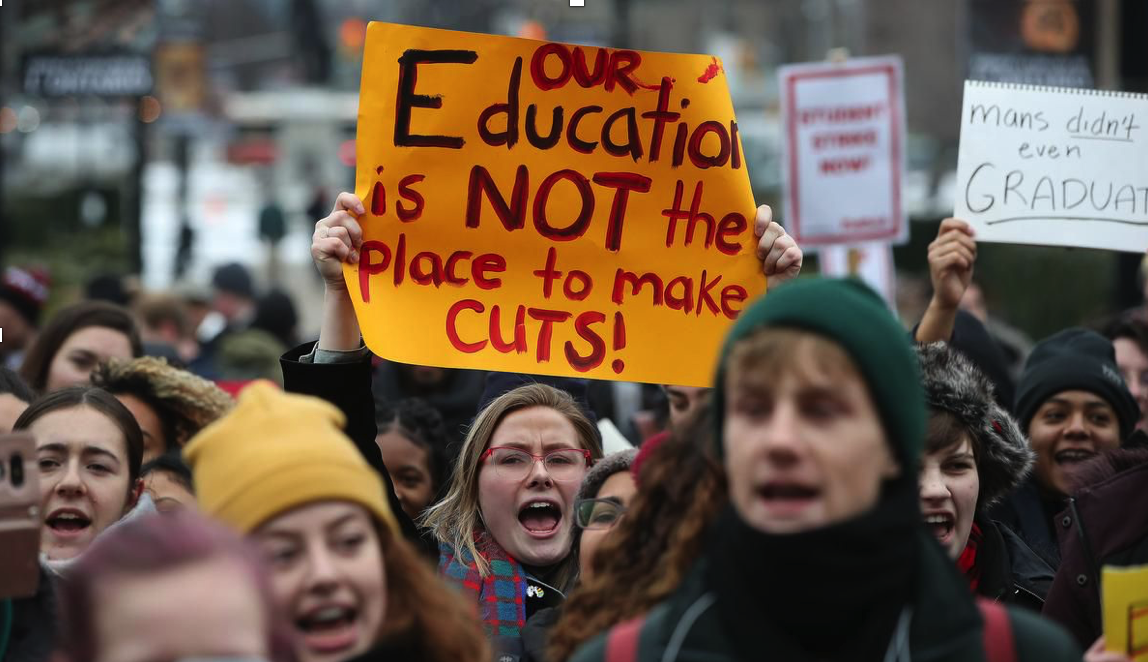 The recent changes to the Ontario Student Assistance Program (OSAP) by Doug Ford’s conservative government prompted a province-wide march of angry students, with protest signs in tow. The students encouraged the trending of #SaveOSAP, as well as the circulation of a number of online petitions to reverse these changes. Most importantly, they have forced many to ask themselves: Is education a fundamental human right, or a privilege? Before we jump in, let’s first review just what these changes were.

On January 17, the Ministry of Training Colleges and Universities announced that beginning this fall, tuition fees will be reduced by 10%. This would save the average university student $660 and the average college student $340, annually . But compared to all the negative changes that would be caused by the new program, this hardly qualifies as a silver lining. For instance, the free tuition feature introduced by the liberal government will be coming to an end this fall. Low-income families will receive loans rather than grants, ensuring a more substantial amount of debt come graduation. In addition, students will now be considered dependent on their parents up to six years following high school, as opposed to the previous four-year cut off . This means that they will be evaluated for funding based on their parents’ income, regardless of whether they are in fact supported by their parents or not.

Finally, the single most infuriating change of al; the previous six-month grace period which gave new graduates some time to find full-time work without the stresses of immediately paying off their loans will be eliminated. In other words, interest on student loans will begin to accumulate the day after the student concludes their post-secondary studies. The ministry argues that this particular change will “reduce complexity for students.”

These devastating changes have angered both secondary and post-secondary students. Protesters have heavily accused the Ford government of targeting students and messing with their futures, rather than “reducing complexity,” which is an excuse that is more insulting than anything else. Students who are graduating this year are panicking because their loan interest will begin accumulating before they can find a job or rent an apartment. Students halfway through their undergrad are contemplating whether they can afford to continue with school. Meanwhile, students in high school are wondering whether they can even afford to pursue a post-secondary education.

With all of these significant changes to student assistance, it seems as if the provincial government is suggesting that education is a privilege, only to be extended to the rich. It is unfair for low-income families to be overwhelmed with thousands of dollars in student debt, akin to a punishment for financial instability. It also seems as if this announcement is a strong discouragement for pursuing a higher education, and is an attack on students’ rights to do so.

One thing is for sure: students are actively fighting these changes. There are several more protests scheduled in the next few weeks. Online petitions are also circulating the web, and more signs are in the making. The students of Ontario have agreed that education is a right, and they intend their voices to be heard.