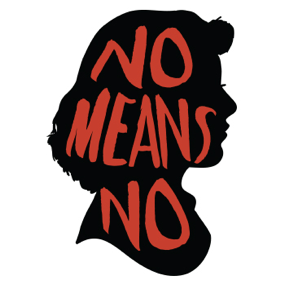 Once again, I’ve decided to revisit a subject I’ve addressed in this publication twice before in different contexts. This time, my inspiration has been sparked by numerous debates I’ve had during and after writing these articles. It is not mere obsession that has drawn me to this subject time and time again so much as it is frustration. I find a lot of men have difficulty in acknowledging the nuances of consent (or lack thereof) because it’s easy to deny guilt when there was never a clear, loud, verbal “no.” I refuse to accept the narrative that knowledge and awareness of non-verbal cues suddenly vanishes once in a sexual setting.

Let’s say, for arguments sake, that we know that “no” does not mean “yes.” We know that an explicit “no” means the speaker has no interest in sexual conduct and thus should not be bothered, pestered, or advanced upon. Easy enough. We know that some people ignore the explicit “no” anyway, but I want to focus on the nuances of consent.

It’s not just “no” that means “no.” It’s recoiling. Freezing. Lack of enthusiasm. Mild resistance. A light push away. Suggesting a different activity. Even a nervous laugh. To ignore these non-verbal cues is willful ignorance. I would not go as far to say that it is always sexual assault when a man is mildly insensitive to nerves and pushes on because he knows he’ll eventually get the woman to let it happen. There are certain instances when a woman might be nervous, but still might want to proceed. But these arbitrary situations where it may just be a bit awkward rather than unwanted can be ruled out when you bring in the idea of persistence. If a woman seems uncomfortable, the best thing to do is stop and double check that she wants to continue. But if you ignore those non-verbal cues multiple times and continue with the defence that she “never actually said no,” you have a poor understanding of boundaries and ultimately, do not respect her.

It seems when it comes to sexual activity or preserving the comforts of other people in opposition to one’s own self-interest, the idea of consent and proper communication flies out the proverbial window. What I mean by this is that people with only their own desires in mind seem to lose (or ignore, rather) basic social etiquette and understanding of consent when it comes to sex. When sex becomes a transaction rather than an act carried out in partnership and equality, the pursuer feels entitled to the pursued. When sex becomes transactional in the pursuer’s mind, it becomes something that is done to the sexual partner, like an object, instead of something that is done with the sexual partner: a person with desires of their own. To disrespect and ignore the feelings of another is to deny and dishonour their personhood. Why should your desire to fulfill sexual frustration trump their desire for security, for a moment when they are ready?

Without going into excruciating detail, I want to express that I understand the complexity of sexual intimacy. I understand that two people don’t just go from talking to having sex immediately, and that it doesn’t always involve an explicit, “Let’s have sex,” and “Yes!” This doesn’t necessarily mean that for every single sexual interaction you have that you have to consistently ask if the other person wants it (but if you do, that’s perfectly fine as well). However, it does mean that if you try to initiate a touch or an act, and the other person indicates that they don’t want to do anything via a gentle hand push (or some other non-verbal cue), you should want to either:

1.     Make sure that they are comfortable to continue, or

A gentle hand push doesn’t mean she’s secretly telling you, “Hey, try again. Maybe I’ll say yes this time!” It means give it a rest. It means no.

If you truly don’t understand how to navigate intimacy properly and respectfully, maybe it’s time to stop passively hearing and feeling, and to start actively listening and reacting.