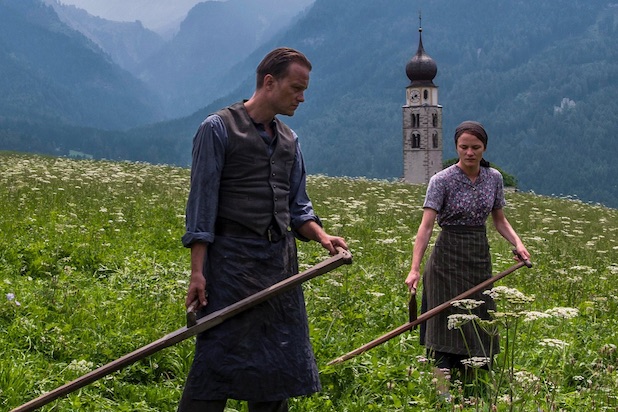 Or, an extended reflection on marriage and Franciscan spirituality

I can only speak (and write) for myself, but you are free to read for yourself, too.

I suspect many of us thirst after a “hidden” life, at least in part. On the one hand, we prefer to post pictures on Instagram and “be admired” and acquire prestigious posts, etc., than to show people how really out of shape we are, how flawed our personality remains, and how intransigent we are in not doing real work until there is real trouble. This hand shows us how much of what we do, we pray, we smile, is not based upon some innate goodness, some quality of “me,” but rather upon the desire, or self-incurred demand, to be well-perceived in social environments. Whether it is good or bad to have these social pressures is one question, but it certainly is not good to mistake them for intrinsic qualities of the self.

On the other hand, doesn’t the Instagram picture demand for others’ attention, the antithesis of hiddenness? It is true that the picture remains “exposed” (what a horrendous way of putting it!), but a picture, what is that, anyway? What is a picture?

Noah Waesche, a film studies student at St. Mike’s, explained some film theory to me in the Canada Room earlier this week: I asked him, “What does a film do?” Noah answered that film not only represents something to us (like literature or painting), but it represents to the watcher how the film maker wants to represent the film. In this sense, the camera is a sort of representation of an authoritative interpretation. Noah explained that, originally, film makers used to understand film as “more real” than reality, because the film, as a direct (i.e. objective) representation of phenomena, is not subject to the interpretations that we ourselves make to the reality that we perceive. To the degree, though, that the film is the product of the director’s interpretation and editing, the film is an objective subjective thing: objective because the film is a literal physical copy, but also because the director’s “argument” is on full display; subjective because both the copying and the argument are based upon interpretation and perspective.

But what if we can’t understand life? After all, life has its own verb, to be lived. And anyway, you probably need to live in order to understand. So we can’t begin living by understanding, because understanding requires living first.

Not understanding “life,” though, doesn’t mean we can’t have interpretations of it, like films. And A Hidden Life is a film.

“Remember the day when we first met? I remember; that motorcycle, my best dress… You looked at me, and I knew; how simple life was then…”

These words are Fani’s, spoken to her husband Franz Jägerstätter. Franz is an Austrian farmer, who lives in the mountains, with his young daughters and older mother, “above the clouds.”

They are a romantic couple, known for their display of public affection, though quite devout, living in a small Catholic village, praying the angelus (like everyone else) in the fields, and living intertwined with crucifixes and pictures of the Virgin Mother, an inevitable but intentional landscape to their lives. Their lives consist mainly in work, at least superficially; really, the work’s simplicity gives rise to much more: to lots of time to look at each other, to remember, and in remembering to appreciate better the times when we were not working, that motorcycle, my best dress…

Indeed, their “simple life” preambles the movie’s simple plot: Franz, who already refuses to aid the Nazi war effort in any way, despite going through the training camp, is called up as a soldier. The entirety of the movie does not lie in this “event,” though; it lies in Franz’s response to this event, and to the way he lives out his response. As the videography displays it distinctly in black and white writing at the beginning of the film, Austrian soldiers had to swear an oath of loyalty to Hitler. They had to say “Yes.” But Franz said “No,” and he continues to say “No,” until he is killed. Below is some back-and-forth of Franz with his interlocutors, his accusers, his friends-become-enemies, his gutless pastors.

“… What’s happened to our country? We’re killing innocent people, raiding other countries, preying on the weak.”

“You have a duty to the fatherland; the Church tells you so.”

“… You cannot say No, to your race, and your home; you are a traitor!”

“… Do you think your defiance will change the course of things?”

“… If God gives us freewill, we’re responsible for what we do, what we fail to do.”

It is too easy to read this battle of conscience as a Hitlerian Tragedy, especially since Hitler has almost nothing to do with it. As I understand it, from conversation with an un-named St. Mike’s resident who specializes in today’s Anime or Manga culture (I don’t know the difference between the two terms), especially in a Chinese context, the question of whether to succumb to a state-endorsed Yes to evil (say, a man’s haphazard termination of some dream-like-beautiful and romantically involved anime-girl’s life, because she threatens the state in some way) is apparently, commonly, comfortably answered in the affirmative. And what an interesting and relevant question for our own time and place: do we have evil leaders in Canada? Surely – not?

Thankfully, Pope Francis gives us a five-finger prayer to remember who to pray for: thumb for “us,” our friends and family; index pointing to “them,” our teachers; our strongest and tallest middle finger representing our leaders in society, governance, whatever; our weakest “ring-finger” for the weak, the poor, the sick; and, lastly, our pinkie, for ourselves.

One of the remarkable features of Terrence Mallick’s three-hour movie is that Franz’s imprisonment and isolation give him so much time to pray explicitly (prayer is implicit in the entire film). While his prayer can be for his abandoned, work-crushed family, his erring teachers in faith, his evil leaders, the insane prisoners around him, and even for his own soul – properly called “intercessory prayer” – Franz, in order to live his life, and not some forfeit by saying Yes, must say No and keep saying No. He is saying No to some other life, which is not his, but to whom is he say Yes for his life?

In order to live his life, which he cannot know in advance, he prays. Here we can insert another hand: he prays, first and foremost, “thumbs up” in thanksgiving, thanks for his beautiful family but also for his impending death; he prays “pointing up to the sky” (in which direction the camera often turns) in praise; he prays “one, two, three” in petition for his needs, the graces he requires to love and bear his isolating torments; he prays always on his “ring-finger” in discernment as to the will of God at this moment and into the coming days; and with a full hand of fingers, resting on his forehead, he lets God examine (“Examen”) his life with him, in preparation for death (and Eternal Life).

This movie is, in a sense, about God. But it is also about Franz Jägerstätter, and his wife, etc. A “both/and” relationship seems as inadequate here as an “either/or.” It is like asking if Franz’s life is his or God’s. As Professor Stephen Tardif and St. Mike’s student James Coady enthusiastically agreed – either at the Dante Reading Group (2-3:30pm Fridays) or at a Christianity & Culture Social (2-4pm Thursdays), at any rate in the Basilian Common Room of Brennan Hall – even the profusion of nature shots in the film (whether from Franz’s or Fani’s perspective or surrounding them), are sure interpretations of God’s presence.

Franz’s life ends in death, but it always belongs to him and to God. In fact, Franz was beatified in 2007 by Pope Benedict XVI in the company of his late wife, his daughters, and his grand-children. Fani stayed true to her last words to Franz, “Whatever you do, I’m with you, always,” and Jesus stayed true to these words too, words of final strength and love before Franz was tortured a final time and executed. Always, on his lips, Vater unser…

The emboldened quotes above are taken directly from the Official Trailer to “A Hidden Life”, written and directed by Terrence Mallick.