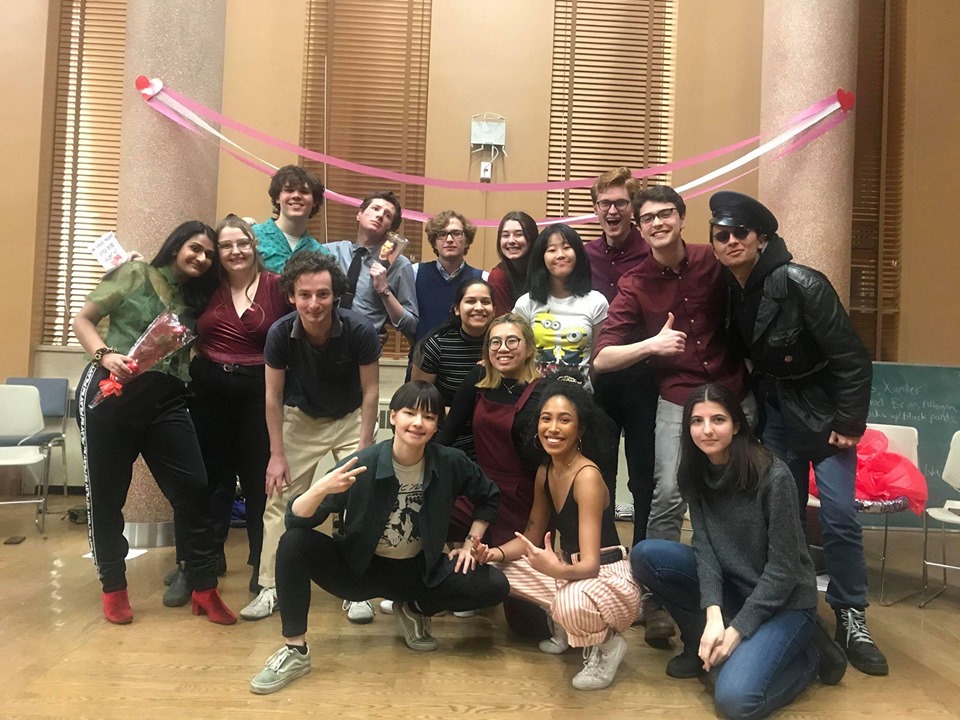 A Review of the SMC Funnies

February has arrived and with it, Cupid’s birthday. With Valentine’s Day looming just around the corner, the St. Michael’s College (SMC) Funnies Early Bird Valentine’s Day show offers a solution for all looking to share in the love. Before even entering the room, guests were offered a chance to craft their own Valentine’s cards sitting on tables replete with ready-made notes to pick from, and shiny little heart stickers perfect to decorate cards for your beloved!

After spending a few minutes picking out the right card, I made my way into the hall to settle into my seat and the first thing I noticed was the streamers and balloons, all in various shades representing the season of love (read: pink). They hung around the room, setting the mood. The second thing I noticed? Ludacris’ 2010 masterpiece, “My Chick Bad,” as it blared through the speakers, defining what I would come to learn was the mood for the evening.

With two stand-up comedians and a presentation of original sketches performed by a stellar cast, the show stood out not only to me, but to an audience that couldn’t keep from laughing. We were introduced to the hilariously relatable Emma Kelly as she delivered a stand-up routine that was topical and poignant in its discussion of topics known to all of us: 2020 goals, shop-lifting, and the ever-trendy intermittent fasting. Her delivery was quick and fast and kept us all laughing as she transitioned from joke to joke seamlessly.

The featuring comic Everardo Ramirez (a seasoned comedian and writer) was the highlight of the show with his easy banter that offered discussion on his views of Valentine’s Day, his impending fight with Wario — one that he proclaimed he was predicted to lose — and on the ephemerality of sun-dried tomatoes before ending with an impassioned proclamation about his issues with horses. Namely, that they shouldn’t exist anymore. Clearly at ease with commanding crowds, Ramirez easily and quickly capitalized on the energy Kelly had instigated.

Original sketches written by various members of the student body and directed by Eamon Kelly kept us entertained, as a hardworking cast members dutifully and happily acted their hearts out, embodying their different characters as they shouted, yelled, and sung their messages out across to us. A standout? “SVCS,” by Kara Austria, otherwise referred to as “Sickly Victorian Child Syndrome,”  that featured a sketch concerning the absurd disease that transposed a sickly Victorian child into a body of a young adult. I found it hard to keep a straight face hearing the hyper-stylized English accent — surely pulled straight from Downton Abbey — being shrieked across a room. If the loud laughter that filled the room wasn’t enough approval, raucous clapping for the sketch surely was.

With a steady, strong stream of jokes interjected by colourful commentary by hosts Ali Kehl and Max Nisbeth, the SMC Funnies’ Early Bird Valentine’s show featured a lineup that took on topics exploring love and offered a memorable night out!