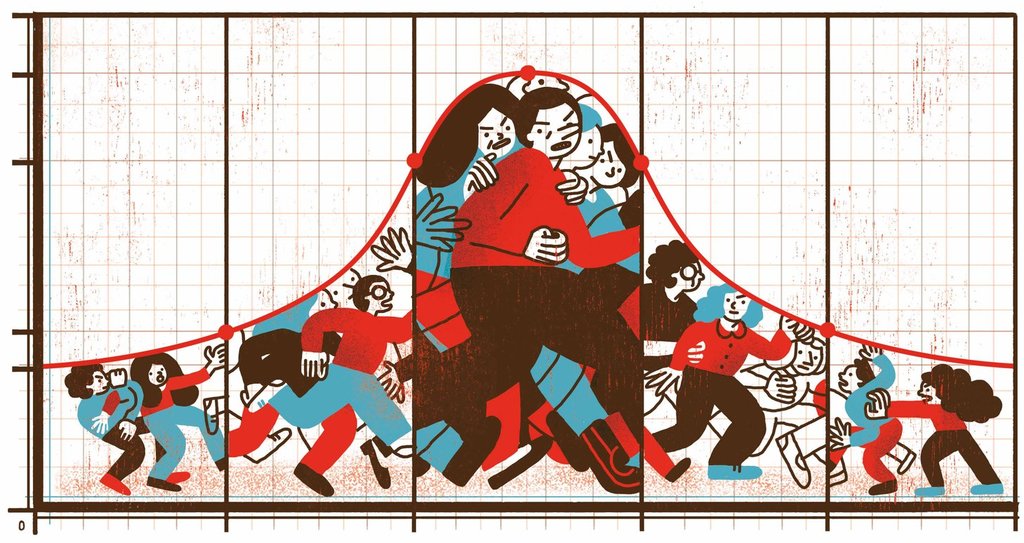 In December of last year, an email intended for teaching assistants (TAs) and professors was accidentally sent to students within the Urban Studies program. The email contained the scheme upon which students would be marked. What would seem to be an innocent email instead contained a troubling truth on how we are evaluated at the University of Toronto (U of T). The email specified how many A’s could be handed out, and depending on if you were a third or fourth year, a large portion of students would not be given above an 80%. It is important to note that these are markers set before the term even began, meaning the school (or at least the Urban Studies department) feels that at least 65% of its students are not worthy, nor particularly smart enough for an A grade.

Shortly after the email was leaked, many students took to social media to voice their displeasure. They spoke out against a predetermined grade scheme, many saying it made them insecure of their intelligence and ability to succeed. These are fair concerns — how is one supposed to study and learn when they know that there is a grading system that sets up a majority of its students for failure? The unfair mental stress put on students by the university’s use of grade deflations add to its already disastrous efforts to improve the mental health and wellness on campus.

The Urban Studies department’s own grading scheme would thus seem at odds with the school’s own regulations. Current regulations allow faculties to provide their own guidelines to set out a reasonable distribution of grades in the department. It would seem that the very rule that is supposed to stop the departments from structurally deflating their grades also gives them complete autonomy to do so.

The act of maintaining a set average seemed puzzling to many. Some proposed that the university or some of its faculties do so to seem more academically competitive than other prestigious universities. If grades are lower, the general consensus would be that the courses are harder and are therefore more intellectually elite. However, these other prestigious institutions seem to have shied away from these practises. Ivy League colleges’ GPA averages have long been on the rise; in 2012 they were recorded to be between 3.3 to 3.7. Any U of T faculty or student would find it difficult to state that our classes are harder than the ones at Harvard or Yale, however, our GPA averages don’t seem to come close to theirs. U of T refuses to make GPA averages public, however, it is well known by the student body that it does not come close to our Ivy League counterparts.

The lowered grades at U of T wouldn’t be such an issue if college diplomas and post-graduate studies hadn’t become such a standardized practice in today’s academic world. U of T students are now having to compete for spots in post-graduate programs against others at universities whose marks may be substantially better due to their school’s distribution policies. When applying for these spots, we are essentially showing up for a race on Monday that was run on Sunday. It is quite clear that U of T’s grading policies are negatively impacting students’ mental health during their undergraduate studies, and may also end up impeding on future academic endeavours for those students.