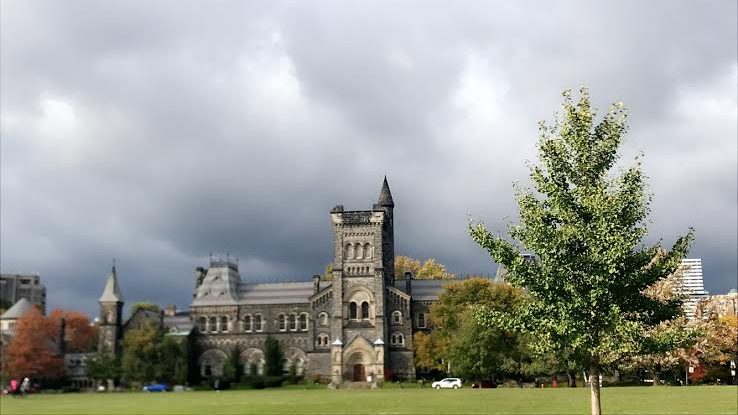 Construction of Landmark Project projected to begin in 2020

The University of Toronto (U of T) has recently introduced a Landmark Project, which is expected to both revitalize and provide a new “green” space to U of T’s St. George Campus. Planning for this project initially began in 2015, but construction is expected to begin in the spring of 2020, and a full timeline is yet to be released.

The priority of this project is to create a more pedestrian- and cyclist-friendly space around King’s College Circle. Scott Mabury, the Vice-President of Operations and Real Estate Parternships and Vice-Provost of Academic Operations, has stated that the “[architects’] plan is returning the area to pedestrians.”

The project will plan to remove all above-ground parking around King’s College Circle and Hart House. In place of the current above-ground parking, the architects’ plan is to build an underground parking space with a capacity for 263 vehicles, as well as 50 charging stations for electric vehicles, and additional storage areas for bicycles. It will also include a geothermal field underneath the parking area to melt snow on roads and paths and provide heating for the surrounding buildings.

According to the plan’s outline, the Landmark Project will also help the city toward its goal of 40% tree coverage. The project will further renew the 35,000 square meters of green space by planting new trees and gardens around King’s College Circle. Existing roads and sidewalks will also be revitalized as a means to prioritize pedestrians and cyclists.

According to the project’s outline, alumni and friends have also raised $5.9 million for the project. The university is also offering the purchasing of trees, benches, and granite pavers which would be placed around the 30-acre project area with customized inscriptions.

U of T was also given a $100,000 grant by the Toronto Parks and Trees Foundation and a further $250,000 by the U of T Students’ Union to support accessibility elements. The Varsity reported that U of T is hoping to raise $20 million more for this project.

Further included in the Landmark Project is an Indigenous Landscape project, which will be constructed near Hart House. This Indigenous Landscape project will be considered as part of U of T’s response to the Truth and Reconciliation Commission of Canada’s call to action. U of T has stated in its project outline, that it has consulted with Indigenous students, faculty, staff, and representatives from First Nations communities. “We really are working hard to engage Indigenous stakeholders,” stated Donald Ainslie, Principle of University College and Co-chair of the Landmark Project, in an article by U of T News.

In regard to the projected completion of this project, “It’s difficult to put a firm timeline on a project of this size and scope,” stated Mabury in the project’s outline. According to U of T News, the Landmark Project was brought to the Academic Board on October 3 and will be brought to the Governing Council for its final approval on October 24.