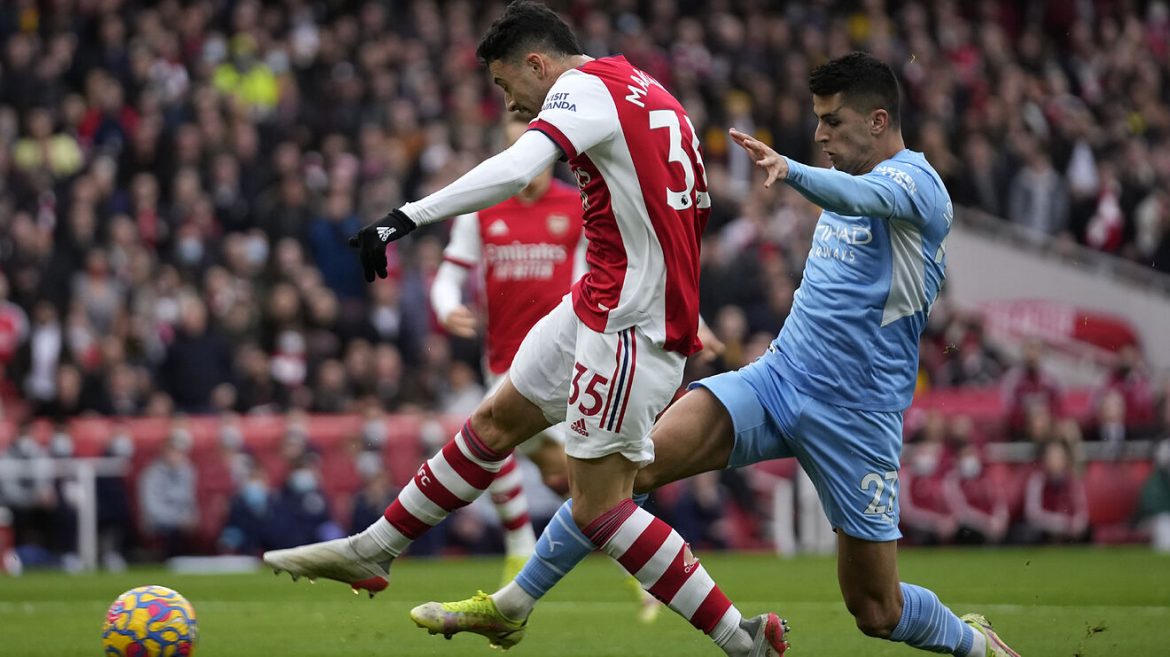 With more than a dozen games into the season, the English Premier League continues to prove why it is the best league in the world. With multiple managerial sackings, late game drama, big upsets, and an angry Portuguese that just wants to play, the EPL continues to stir up entertainment week in and week out.

As of matchday thirteen, Arsenal and Manchester City are at the top of the table, with just two points between them and both having only lost once to big rivals. It seems as though the Gunners’ faith in Mikel Arteta has finally paid off, as Pep Guardiola’s protégée has seen his group to the top of the table, playing beautiful football along the way. However, the question of sustainability persists, as a lack of impactful substitutes and injuries from overplaying may disrupt their success.

Man City still remains the favorite for the title, with their newly acquired demigod Erling Haaland on route to break EPL goal scoring records. Kevin De Bruyne, who finished third in the 2022 Ballon d’Or, has also continued to display his class on a regular basis, providing nine assists thus far. Their brand-new signings have also contributed towards increasing the team depth, with Julián Álvarez perfectly capable of filling in Haaland’s boots if the Norwegian were to receive an injury.

The remaining two spots for the UEFA Champions League are still up for contention, as Tottenham Hotspur, Manchester United, and Chelsea lock horns. The Spurs have started the season in bright form, as Antonio Conte continues to narrate his plan to glory. However, losses against Arsenal, United, and Newcastle, as well as unexpected struggles against the likes of West Ham and Bournemouth, have exposed some chinks in the armor. Along with their struggles in Europe, Spurs fans are split on the football Conte has chosen to play, with the Italian’s pragmatic style of football being labeled as fossil football, noting a lack of proactiveness and excitement in the games.

On the other hand, United has seemingly turned the situation upside down, as Erik ten Hag’s football ideology has finally arrived in the red side of Manchester. Ten Hag has exhibited his courage and capability of managing the footballer over the personality, reviving the career of Marcus Rashford, whilst benching Cristiano Ronaldo. Thus far, United has shown highs never before seen since the departure of Alex Ferguson, with a wonderful performance against Spurs. However, the job is not done just yet as weaknesses still arise, with lackluster performances against City and Chelsea. Ten Hag himself has acknowledged the room for improvement and is determined to improve the team so that they can reclaim their title as England’s best.

Chelsea’s journey has been turbulent under new ownership, as Thomas Tuchel was sacked just months into the season. Brighton’s Graham Potter replaced Tuchel in quick succession, with the fresh breath of air seemingly effective in revitalizing the squad. Under Tuchel, the team had struggled to maintain the high standards of Chelsea. Reports of dissension within the locker room stirred up as well, as players seemed discontent with their roles. Potter has seemingly caught lightning in a bottle, as in just mere days, he was able to reunite the locker room and find success in results, much to the dismay of fellow top four contenders.

Other notable contenders are Newcastle, with their newfound riches and, perhaps, Liverpool. Although, both teams are unlikely to finish in the top four. Newcastle have struggled with injuries, which kept their star signing Alexander Isak out, and Liverpool remains in inconsistent form despite a healthy squad. Still, with two-thirds of the season left, it would be too early to discount any team from finishing in the top four. In the EPL, anything can happen.