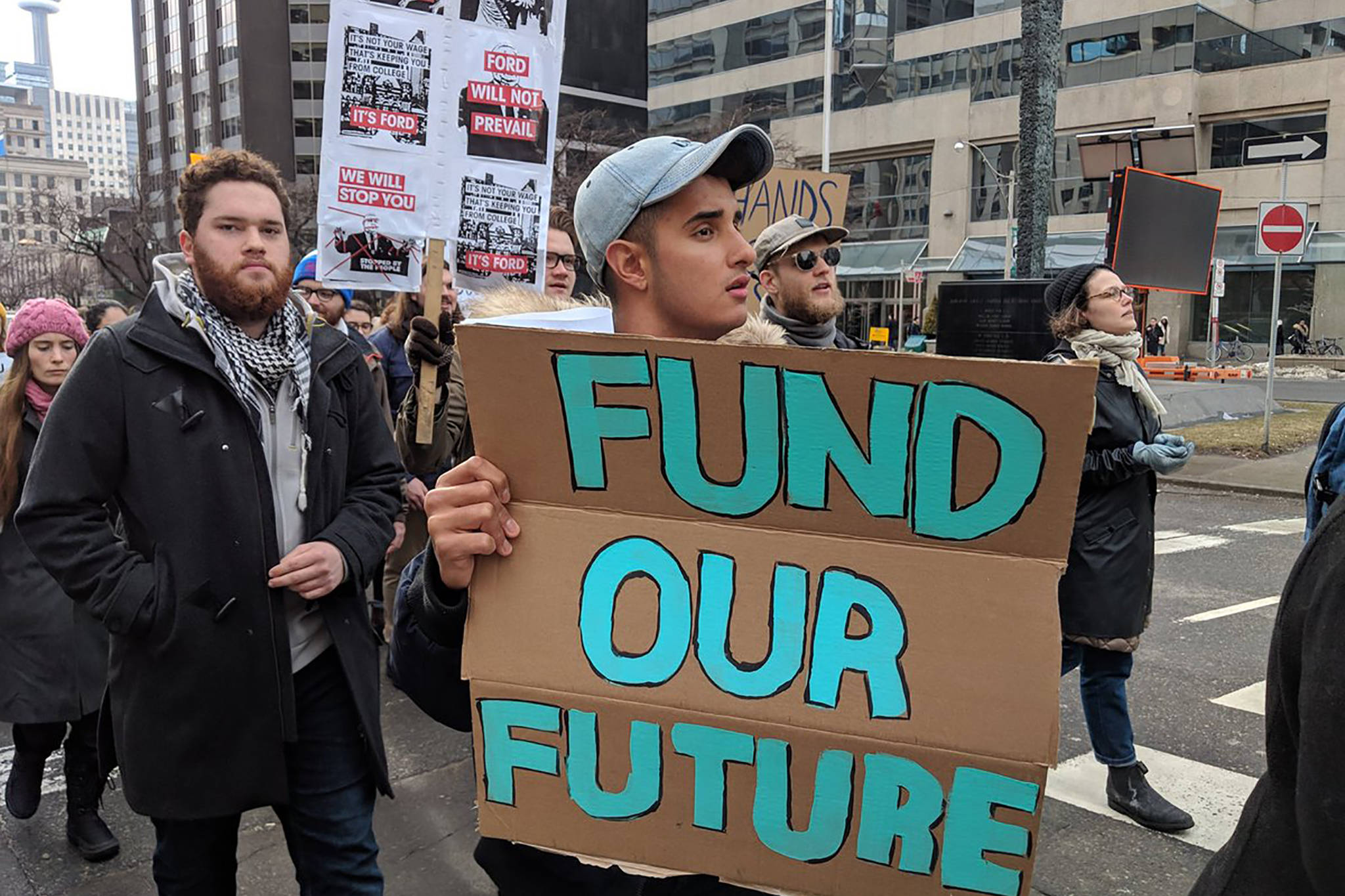 How the changes to OSAP funding directly affects the student experience

Another exciting academic year has begun, yet not without its bad news. The students of Ontario were expecting a cut to their Ontario Student Assistance Program (OSAP) loans and grants, but perhaps not this quickly. The Progressive Conservative Ontario government declared it would cut tuition earlier this year to benefit lower income families, but it seems the difference is negligible and ultimately destructive for students. As of now, families earning under $50,000 will not be getting free tuition, nor will families earning more than $140,000 be allowed to borrow from the government.

School is stressful enough as it is. These cuts to OSAP have added another burden upon the shoulders of the students. These changes affect more than just tuition payments. Psychology student Subhi Mahmood at the University of Toronto was expecting enough money to buy his monthly bus passes and textbooks. He has received $5,200, a total he quickly realized would not suffice. When Subhi’s grant was deposited directly to the school and not his bank account, he realized nothing was left for other school-related expenses.

“I was expecting to receive money to at least buy this month’s TTC pass or to buy my textbooks, but as luck finds me; I have no money for such a ‘luxury.’” He found a quick solution to his problem, which is everything but a solution in essence. “I simply took three courses this term,” Subhi confessed. “Now I travel to school less, and have a nice part-time job.” This might prolong his academic career, but Subhi said this was the only way he could continue his degree.

I myself am a commerce student who receives government funding. This year I decided to pursue a minor in a subject that I was interested in. However, I figured out that as my tuition fees increased, my OSAP loans did not. As a result, I dropped the minor.

Government support for students would champion students who are focused on their education, including exams and maintaining a healthy social life. University life is different from high school in the sense that a student may choose a course which piques a personal interest. An engineering student could be taking a social science course; and an economics student could be taking arts. Universities are institutions where we meet different people and hear different ideas. Aside from fulfilling breadth requirements, students will have to rethink taking different courses after the OSAP cuts this year. Students will lose the freedom to venture outside their degree without the consequence of a lengthened study period.

One may argue that these cuts will push students to be purely focused on their degree requirements and schoolwork by motivating them to succeed so they don’t have to pay more money to retake a course. However, my concern for my academic future doesn’t necessarily mean I will be more motivated or focused. The stress might actually do the opposite.

Lisa Cullen’s Time article “Stress makes you stupid,” talks about the five effects of increased stress (aka, the PC government’s OSAP cuts): “It affects decision-making, making us too impulsive. It forces us to make mistakes. It causes us to ignore cues. It interferes with relationships with clients and colleagues. It lowers productivity.”

These restrictions affect social lives. Students are regular people; they need to buy new clothes once in a while, buy food on-the-go, and maybe go out with friends — which might sound trivial under the current provincial government. But as a fact of life, humans are social creatures. Cuts to OSAP should not discourage students from leading normal lives.

Conversely, a benefit from these changes might exist. The OSAP cuts might bring out the inner genius of students; this includes finding new techniques to acquire basic student needs for free, and even walking farther distances can be a good source of exercise. This may also motivate students to spend more time in university libraries, or even have races; which student will be first to rent out the only copy of the required textbook? This tragicomic situation is upsetting and demotivating.

The changes made by the Ford government will inevitably change the student experience. Ultimately, many students are affected negatively, and many will have to reconsider their spending habits. Students are needing to work part-time to sustain a reasonable lifestyle and are ultimately adding highly detrimental anxiety to their busy lives.