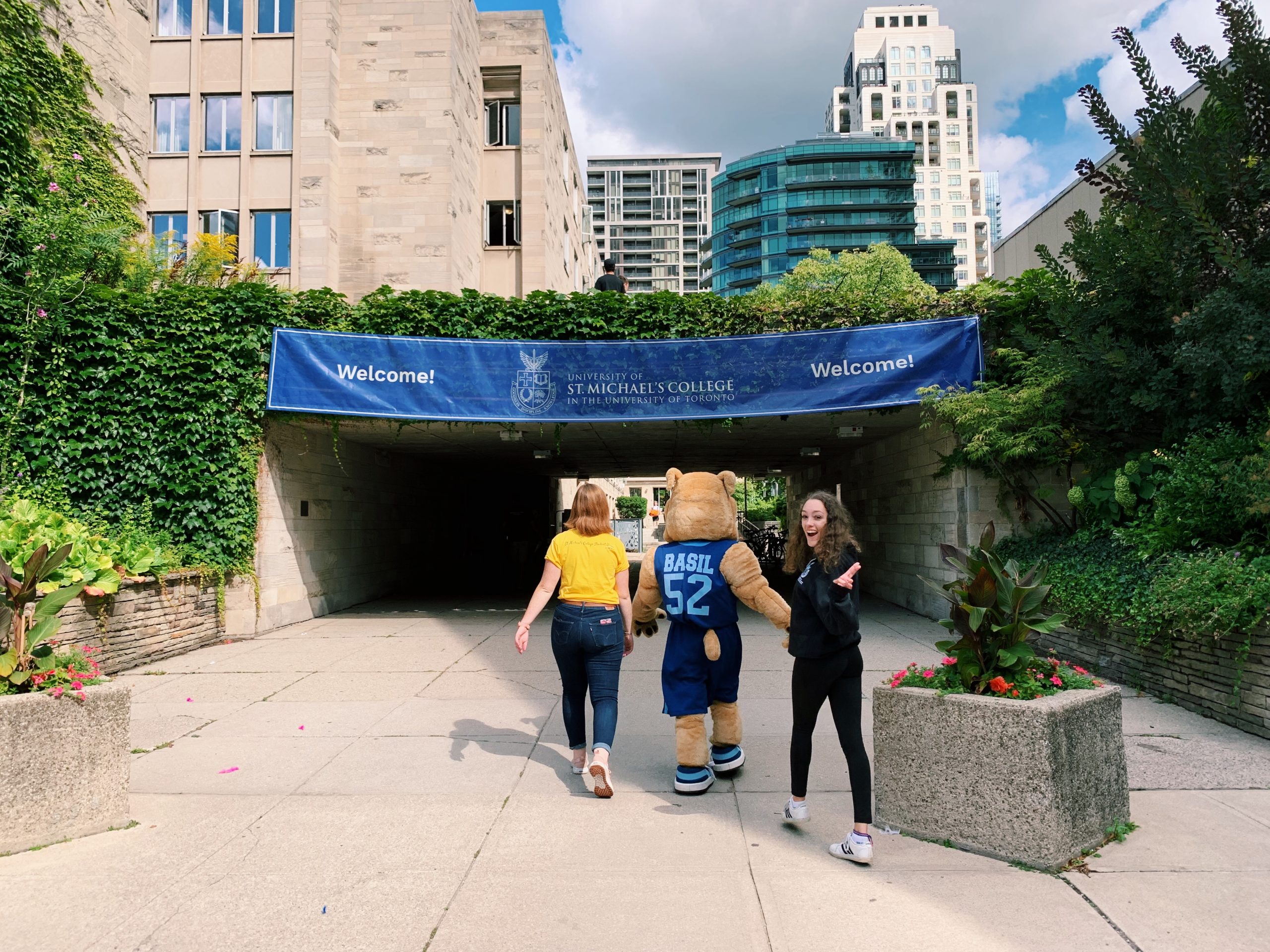 How one decision changed my life in three years

Almost exactly three years ago, I received my offer to study at the University of Toronto (U of T) with membership to the University of St. Michael’s College (USMC). With its unique programs and utter beauty, U of T had been my dream school since I was a child. As soon as I accepted the offer, I visited the U of T Bookstore website and bought myself a sweater and a pennant. At the time, I was planning on studying Actuarial Science. I had no idea what my time at St. Mike’s would have in store for me.

My passion for St. Mike’s started with the Gilson Seminar in Faith and Ideas. I was lucky enough to be selected to join the inaugural class, now known as Gilson I. The class was instructed by Randy Boyagoda, the Principal of St. Mike’s. Gilson I was his baby. It was obvious how much care he put into the course and planning our experiential learning opportunities in Rome. We studied a wide variety of texts including autobiographies, graphic novels, and books of fiction. Amongst my favourite books included A Room with a View by E. M. Forster. The Gilson community became a family. While on the trip, I fell in love with Roman art, architecture, and gelato. I never expected that I would fall in love with the liberal arts, too.

In comparison to the Gilson Seminar, the rest of my courses in first year were brutal and unforgiving. I was studying mathematics, statistics, computer science, and economics. I was forcing myself to pursue a “practical” major; one where I was guaranteed a job and a good salary in the field. I was unhappy and there was no way I wanted to continue the rest of my degree taking classes that I hated.

The Gilson Seminar and its community inspired me to take a closer look into the Book and Media Studies program (BMS), which is a St. Michael’s College-sponsored program. At the onset of my second year, I fell in love with my BMS courses on Mass Media (SMC219Y), Bibliography and Print Culture (SMC228H) and Trump in the Media (SMC301H). Paolo Granata changed the way that I felt about university classes. I was interested in what I was studying and cared about doing well in my courses.

My second year also brought new opportunities for me at St. Mike’s. The BMS program led me to join The Mike as an Associate Editor. I was writing articles for the Opinions and News sections, and loved getting my work published online and in print. In my second semester of second year, I became an Executive Officer for Orientation 2019, working in Marketing and Communications. Being on the Orientation team over the summer cultivated my love of St. Mike’s and introduced me to some of my closest friends. Instead of just showing up to campus for classes and leaving, I was introduced to a community of friends and people who I consider my St. Mike’s family. My passion for St. Mike’s drove me to get even more involved on campus.

At the start of my third year, I was still hanging on to my Statistics major, even though I was studying a BMS major and Math minor. I still hated my statistics courses, but was hanging on for the sake of getting a Bachelor of Science degree, as my high school self had always imagined pursuing. However, I was enrolled in a class called Christianity in Popular Culture (SMC305). My professor, Stephan Tardif, was so passionate about the course that it made me fall in love with Christianity and Culture, another St. Mike’s sponsored program, a second time (after the Gilson Seminar). I loved the course so much that I decided that I would continue my studies as a Christianity and Culture minor, and drop my Statistics major altogether.

Now, in my second semester of third year, I am lucky enough to be taking courses that I love. These include Media Revolutions (SMC314), Women in Christianity (SMC322), The Christian Book (SMC364), and Death, Technology, and Rituals (SMC472). Each professor shows a true love for teaching and cares about their students’ learning and growth. Each of these professors show that they care about their students succeeding and understanding the course material. This is an extreme contrast to the classes I was taking before.

My third year also brought many on-campus opportunities. I became the Media Director for the Book and Media Studies Student Association, the Outreach Director/Graphic Designer for the St. Mike’s Wellness Council, and was hired for a work-study in the Office of Communications at St. Mike’s. At The Mike, I wanted to have more responsibility with editing, and was soon elected as the Features Editor. Now, all of my extracurricular activities, classes, and my job are at St. Mike’s.

If I were to tell my 12th-grade self what my one decision to attend St. Mike’s would do for my future, she would never believe me. When I was in first year, I thought that I was never going to enjoy my undergraduate degree, and that was just a part of the “U of T experience.” I thought that I was going to suffer through a degree that I hated for four years.

This is not to say that everyone studying STEM will fall in love with the liberal arts the way that I did, or that everyone would love each leadership position I have done. This is to say that the community at St. Mike’s (including students, professors, and staff) is a warm and supportive one. If you let it, the St. Mike’s community will change the way you feel about your undergraduate degree and make you feel right at home.