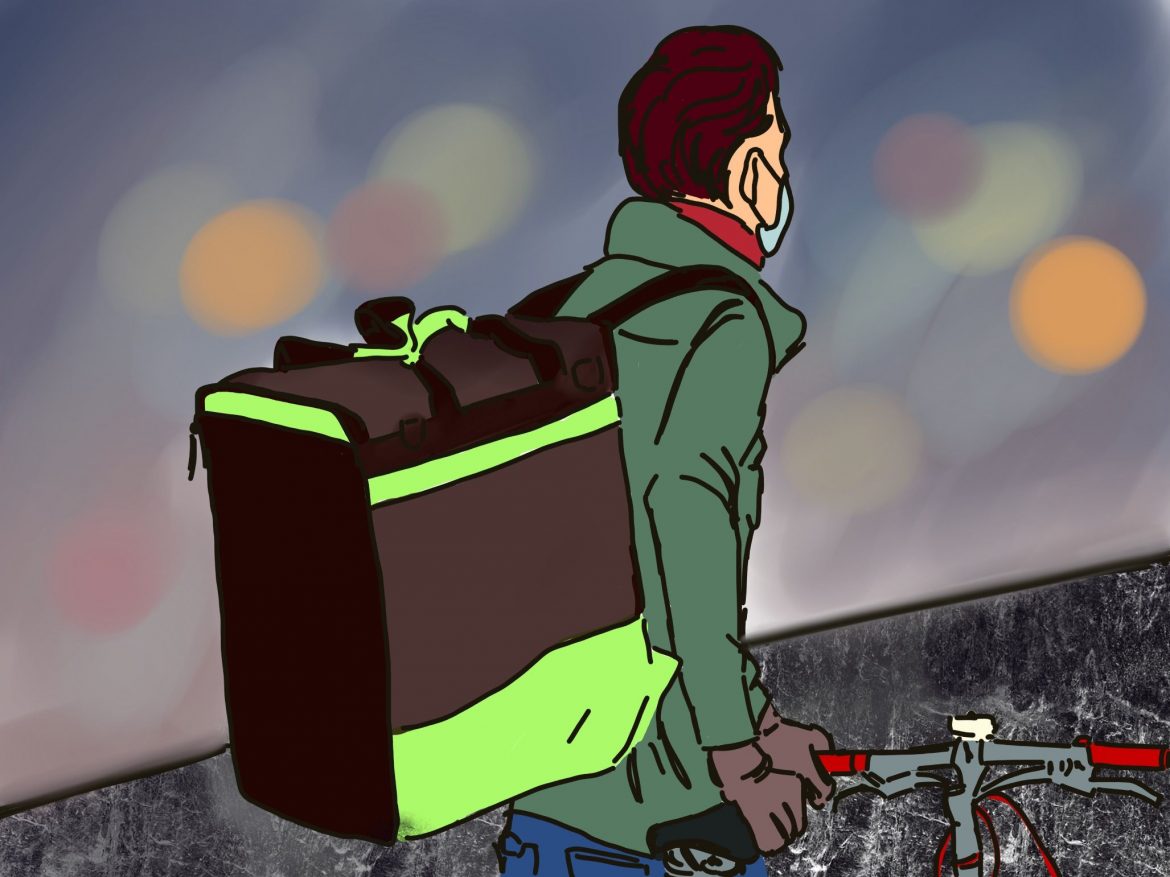 It’s a typical Toronto afternoon. You’re walking along the sidewalk, possibly taking a break from coursework or walking to lunch. By all accounts, it is a nice day. You enjoy the fresh air, and you think your walk is going swimmingly when, out of the blue, you encounter something that shatters the blissful illusion in which you’ve been indulging—something that awakens you to the reality of Toronto sidewalks.

So what have you seen? In a word, a cyclist. A cyclist, further, who is riding on the sidewalk.

Any attempt to persuade the cyclist that there is a bike lane specifically for—indeed—riding a bike might be met with an indifferent, “Oh, it’s okay.” In some cases, it is possible that some may even shout obscenities when confronted. I can attest to having heard both responses, along with a whole host of others along the spectrum.

Cyclists who ride on Toronto sidewalks violate the city’s bylaws. One wonders whether many are aware of it, but those older than 14 are not allowed to ride bikes on sidewalks. The fine for such an activity is $60. What’s more, bicycles are considered vehicles under Ontario’s Highway Traffic Act, meaning they still—in theory—face a fine of $260 for running a red light and can face charges of careless driving. Fines for careless driving range from $400 to $2,000, and up to six months of jail time is also on the table.

Despite the official consequences, riding on sidewalks is still common, and it is a problem.

For one, it is a public safety concern. A person riding a bike on the sidewalk is riding a vehicle on a sidewalk. Said person can seriously injure a pedestrian. For those who argue that they’re riding slowly and therefore pose no danger: slow doesn’t necessarily mean safe, and no one else knows if you are in full control—just as no one knows what is going through the mind of someone driving a car on a sidewalk. In any case, the behaviour creates a needless atmosphere of danger and uncertainty.

Also, cyclists riding on sidewalks aren’t just people out for exercise—they’re bike couriers too. As many who have walked in the areas around U of T campus would know, the sidewalks seem to be swarming with people on two-wheeled vehicles who are on their way to pick up food orders. I hesitate to describe these as bicycles: sometimes it’s an electric bike, and sometimes it is a motorized scooter. Is the next step motorcycles? Cars, maybe?

It is merely an observation, but chaos on sidewalks seems to qualify as a public danger.

A second issue: riding a bike on the sidewalk sets a bad example. Are those who ride their bikes on sidewalks aware that they break the law? The question is open. Maybe the fines are too low, providing little incentive to follow the rules. But it is also plausible that some simply don’t know that they are breaking the law. After all, adults riding on the sidewalk are the problem here. Might they pass the same bad habits on to their children, who are then unaware that riding bikes on the sidewalk isn’t allowed once they’ve grown up?

So what to do? Increasing the fines is a possibility. Better still, though, is to enforce the existing laws. $60 every single time someone rides on the sidewalk—that adds up. Above all, if you have ever been guilty of riding a bike on a Toronto sidewalk, please don’t do it again. If it means caring for the safety of our fellow citizens—and potentially saving $60—then riding bikes properly is something we should all want.