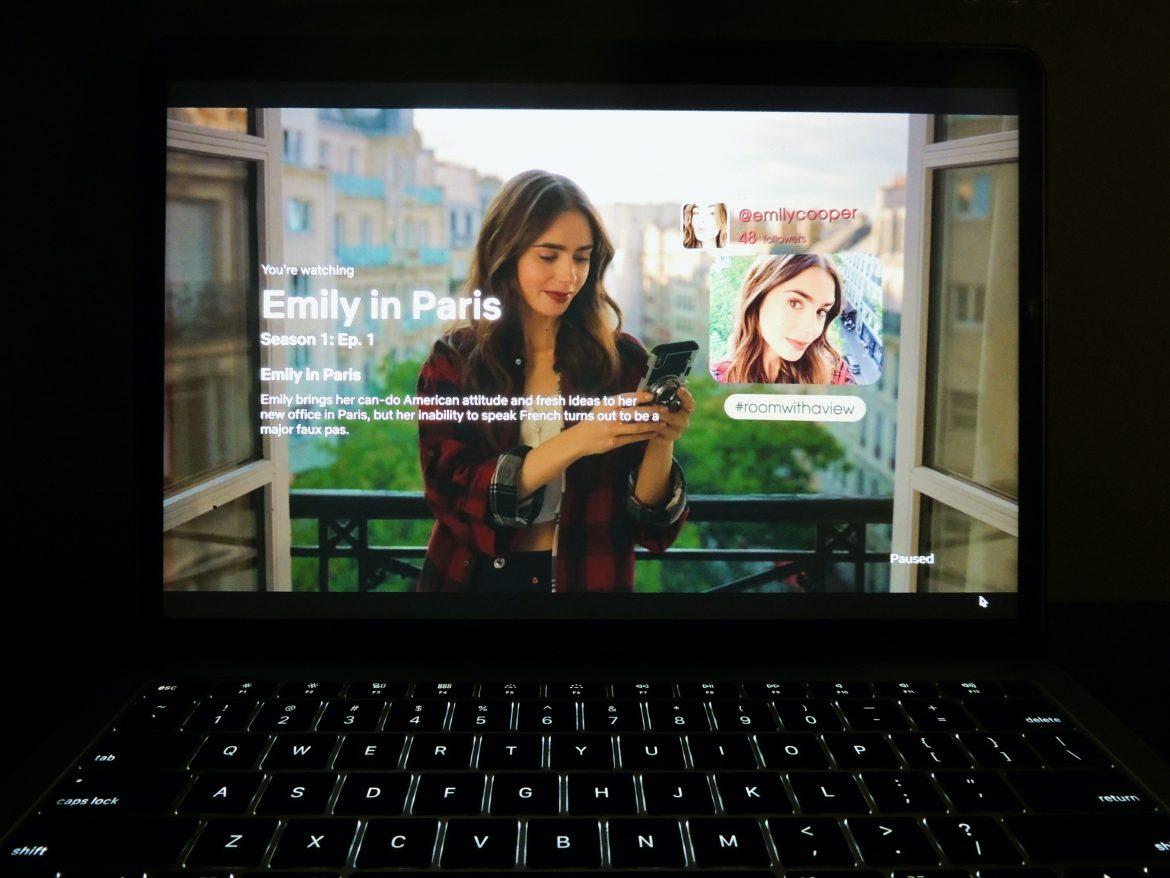 Darren Star’s Emily in Paris has garnered the attention of millions of streamers worldwide, and though it has become popular among viewers, it doesn’t mean the criticism is low.

Lily Collins plays Emily Cooper, an eccentrically dressed newcomer to Paris to be a social media influencer and marketer for a French company. The show claims to be the hip, cultural reset of the Internet era, a twist on how the average person may view the stereotypical Instagram influencer. But in the same clichéd fashion this show takes elements of your favourite (or not-so-favourite) rom-coms and turns it into something almost refreshing. However, Netflix doesn’t shy away from writing antics that could have been avoided, and not stir up as much criticism as it did.

For one, the French have been challenged by an embarrassing and faulty portrayal. The producers show Paris as being beautiful from the outside by its architecture, landmarks and dainty little side streets, but immoral within.  Much of what’s shown is a huge exaggeration. Emily’s seen wearing designer clothing she couldn’t have possibly been able to afford right when she lands in Paris. I suppose the tactic was to make her stand out, but that could have been incorporated more into her personality. Her bosses and co-workers are seen as nasty, disrespectful, and manipulative. Her becoming a social media star in such a short amount of time also makes no sense because she only has 48 followers when she arrives in Paris, and her posts are not distinct in any way. In a matter of what looks like weeks, people become obsessed with pictures of her eating croissants and strangers who didn’t consent to their pictures being posted. Other characters come across as obnoxious and sex-crazed. Her only friend at the beginning, Mindy, wasn’t born in France, so the show not-so-gracefully makes her kind, outgoing, and on Emily’s side. Although, the one thing I enjoyed was the progressiveness by making sure Emily is a feminist. Whenever Emily feels threatened in the workplace she persists, and she stands up for herself against men who try to take advantage of her. For 2020, having this is a necessary element.

Though Collins is a great actress, Emily almost ruins her public image. What this show displays to viewers is only for the average American, mostly the less-travelled. Emily as a character, and the show itself, is geared toward that audience. For everyone else, it’s almost like they’re peering into a private show between Emily and the Americans, because they find it difficult to relate to her. Obesity comments, anything about North American culture, what was the point of ridiculing Europeans and making jokes that only North Americans could relate to or found mildly entertaining (granted, I think some of these ‘jokes’ weren’t funny)? Even as a Canadian, I just kept asking myself, why? Why did it have to feel like I was watching a private show?

Emily is supposed to be seen as this trendy American. Although her performance as a whole is much less cringeworthy than a Hallmark movie, the writing still misses the mark of making her story sound realistic. It’s like the producers begged the writers to make sure to milk the stereotypes as much as possible. When you watch, you know what’s about to happen and it was easy to guess. The fact that many side characters are two-dimensional didn’t help with the show’s development. It is only towards the end when I see a very small shift for character growth. Even then, this only occurs for a couple of them. And the plot itself gets lost in the midst of Emily and her love life. What starts as a show about an American who, mind you, cannot speak a word of French and barely makes an effort to learn, is trying to find her way around the city ends up getting side-tracked by her other endeavours. These mini side plots are dragged on until the end, which causes the feeling of mild boredom.

That’s not to say I didn’t want to continue watching it. I was curious about where this new life in Paris would take Emily. I think this is due to the fact that the producers made the key decision of filming in Paris instead of the usual New York or countryside inn. This is what made it fresh and exciting, but again, only for the people who were outside the bubble. I think people should watch the show if they have nothing better to do and need something to binge. The set, colourful personalities, and new narrative all come together to offer something to keep everyone’s minds off of current world issues. And sometimes, that’s all a show is meant to do. As many on social media have expressed, they cannot wait to binge as many seasons as Netflix will offer. So, really, it’s up to viewers if they would like to take Emily in Paris as something worthwhile.