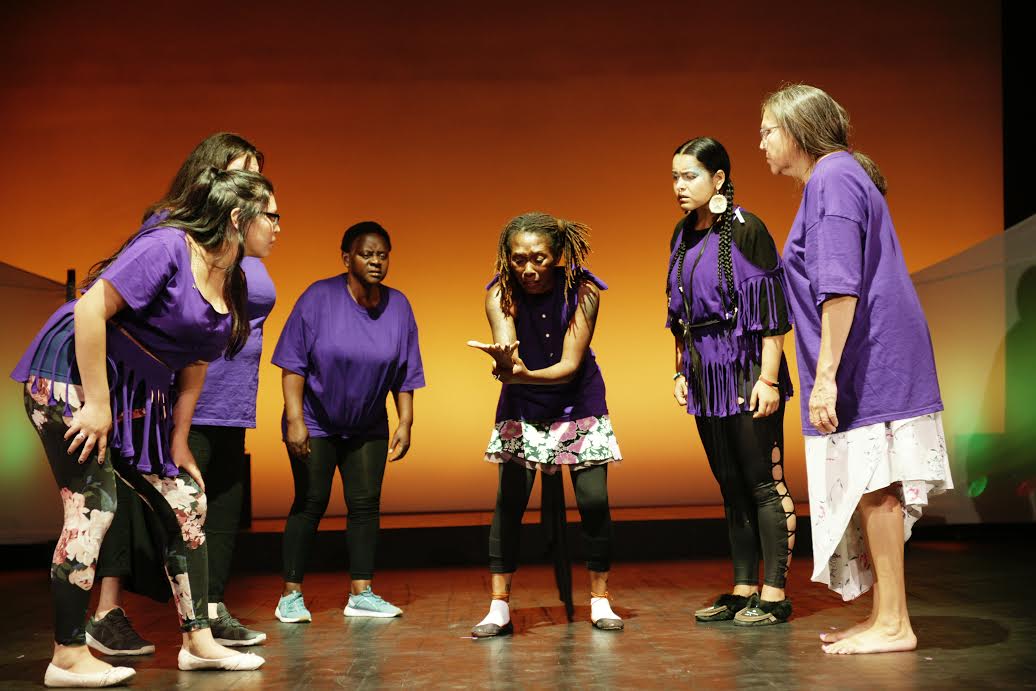 A review of Encounters at the “Edge of the Woods”

Is there really any better way to start off the new school year than attending a Hart House Theatre production? To initiate the 2019–20 season, Hart House Theatre put on Encounters at the “Edge of the Woods,” curated and directed by Jill Carter, an Assistant Professor at the University of Toronto. Carter has worked with numerous Indigenous artists to facilitate new works, which is reflected in the project which explores “the restor(y)ation of treaty relationships using Indigenous practices of Story-weaving through deep connections to the land,” according to the Hart House Theatre website. The performance touches on major issues faced by Indigenous communities: suicide, racism, sexism, rape, residential schools (and the system’s legacy), and the missing and murdered Indigenous Women. Rather than following a set structure or a traditional plot, Encounters reveals itself in fragments and in time. Perhaps drawing upon the story-weaving aspect of Indigenous cultures, it allows the audience a chance to really process the subject matter.

One of the key aspects of the performance is how it employs Indigenous practices of song, dance, and story-telling. The show begins and ends in song, sung by a chorus of women. Quite frequently, the dialogue in Indigenous languages is left untranslated to preserve the original content and leave space for the native speakers. The chorus of women stand at the heart of the play, acting as Indigenous representatives against a counter-group, and arrive in every scene to act as either actors or listeners. The set itself is bare, so our full focus is on the performances, but media was extensively utilized: projections of forests and rivers filled the stage, as well as, unexpectedly, a life-sized photo of Justin Trudeau that decorated a satirical segment calling him out on the issues of the missing and murdered Indigenous Women.

The performances themselves were eye-opening. They introduced the audience to important moments of Indigenous history and weren’t afraid to call out the white-washing of this history, using our university as a prime example. It specifically addresses the empty words of settlers who are not willing to act to rectify the wrongs of the past; the counter-group frequently exclaims, “I’m sorry,” and, “Don’t put it on me,” whenever the chorus reveal their sorrows and frustrations. One of the play’s highlights is the performance of a condescending and quite literally blood-thirsty Indigenous Studies professor who presents authentic facts about how the Natives of Canada were swindled by colonizers in a satirical, nonchalant way. Complete with a PowerPoint presentation and an insane grading rubric, this performance had the audience in fits of laughter while also imparting crucial knowledge that is overlooked in settler-centric history lessons.

This performance is eye-opening and informative, and further calls for non-Indigenous people to do better in uplifting the voices of the Indigenous. Overall, Encounters at the “Edge of the Woods” is an incredibly thought-provoking art piece and was a great, intellectually stimulating start to the semester.