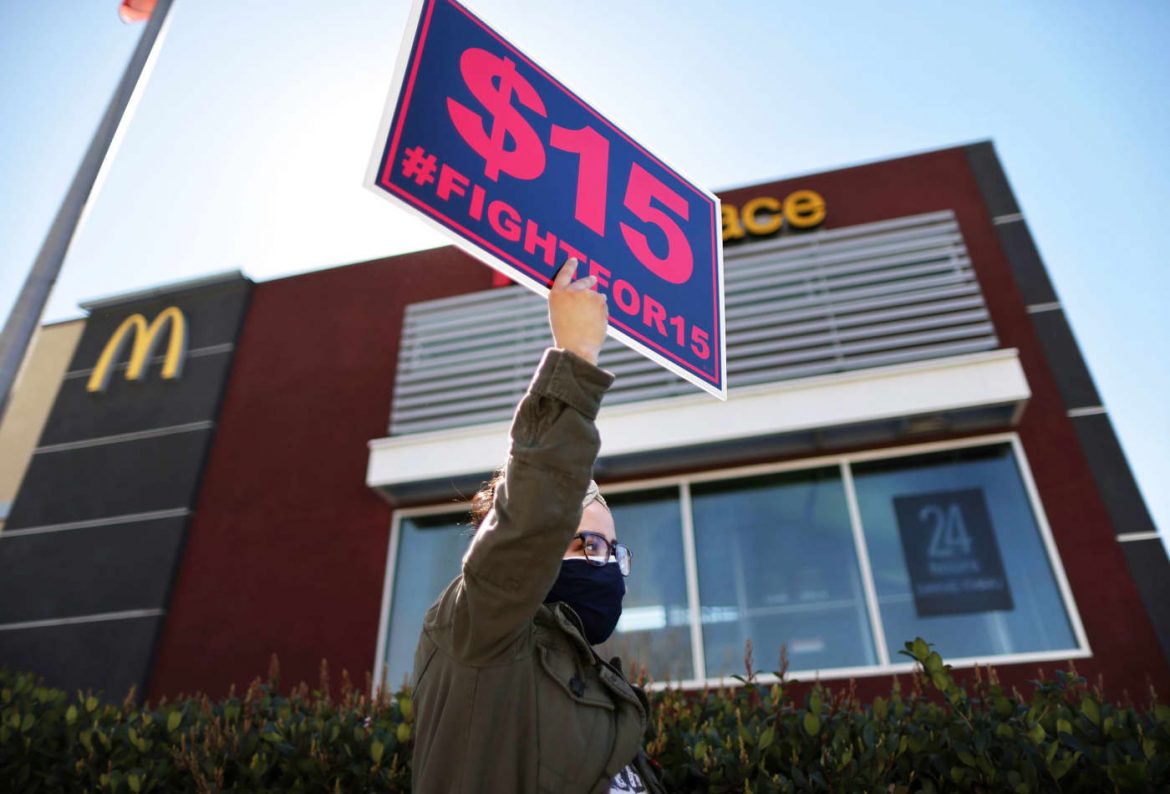 Minimum wage failure, Congressional precedent, and where it all goes from here

Following an anxious debate, a political party campaign promise, and one of the longest votes in the history of the United States Senate, a proposed increase to the federal minimum wage by Senate Democrats was defeated 42-58, with seven Democrats (and one independent) joining all Senate Republicans opposing.

Currently, the federal minimum wage in the United States rests at US$7.25 (around CAN$9), where it has stayed since 2009.

Whereas Canada does not currently have a federally mandated minimum wage, the US does, although certain states have set their own minimum wages above that. In Ontario, the minimum wage sits at $14.25. For Alberta, that number increases slightly to $15.00, and in Manitoba, that number falls down to $11.95.

Despite this, the existing federal minimum wage is not particularly useful for guaranteeing a viable income to American workers. In comparison to other Organization for Economic Co-operation and Development (OECD) countries, the United States noticeably lags behind in its minimum wage. Additionally, adjusting for inflation, the minimum wage has hardly increased at all since the Fair Labor Standards Act of 1938.

The act established the existence of a minimum wage. However, it set no guidelines on when or how to increase it in the future. Essentially, this means that every time the minimum wage is increased, Congress must pass a new law. This also makes the United States one of the few countries in which the minimum wage is left in the hands of politicians rather than economic officials.

This politicization is shown in the policies of the two major American political parties. While Democrats have long pushed for increasing the minimum wage, Republicans generally oppose it. In line with this, it was Democrat President Joe Biden who proposed a minimum wage increase to US$15 as part of his stimulus plan, and the Democrat-controlled House of Representatives passed it along party lines.

However, the wage increase proposition was stalled in the senate due to the nature of the stimulus package. It was ultimately ruled against by the Senate Parliamentarian, Elizabeth MacDonough. MacDonough argued that the minimum wage provision could not be included in the stimulus package as it was passed through the House by reconciliation, a process that allows very specific budgetary laws to be passed by a simple majority.

Lawmakers and activists have pushed Democrats to overrule the Parliamentarian and pass the law in the Senate, where Democrats have a narrow majority. However, the failure of the existing bill shows that they do not have the votes to pass it unilaterally anyways.

Instead, Democrats are exploring other avenues to pass a minimum wage increase. Senator Bernie Sanders, an independent and current chairman of the Senate Budget Committee, is a long-time proponent of increasing the minimum wage. In fact, it was Sanders’ amendment to the stimulus package that was shot down in the Senate.

Among the Democrat senators who voted against the bill were Senators Joe Manchin III of West Virginia, Maggie Hassan and Jeanne Shaheen of New Hampshire, Tom Carper and Chris Coons of Delaware, Kyrsten Sinema of Arizona, and Jon Tester of Montana. They were also joined by Angus King of Maine, who caucuses with the Democrats as an independent. These senators, seen as the moderate wing of the party, have indicated that they are willing to negotiate a minimum wage increase following the passing of the stimulus package.

While it was expected that Republicans would vote against the minimum wage increase, the seven Democrats joining them show a distinct lack of unity from the Democratic party over certain policies. More specifically, it emphasizes the existing divide between the progressive and moderate wings of the party, a divide that Biden will have to eliminate to pass his agenda.

It is not only the Democrats with fissures regarding policies of the minimum wage. Certain Republicans have indicated an interest in raising the wage floor separately from the Democrats. This can be partially attributed to the working-class voters that make up part of both the Democrat and Republican voting bases.

In 2012, the Republican presidential nominee, Mitt Romney, said that he believed in increasing the minimum wage with regards to inflation. Furthermore, President Trump had indicated previously that he could support an increase of the minimum wage to $10.

Romney and Senator Tom Cotton of Arkansas have introduced a plan that would raise the minimum wage over the next four years to $10, with further adjustments made every two years. Senator Josh Hawley of Missouri has also proposed an increase to $15, but with restrictions on which businesses it would apply to. Regardless, it has become clear that some Republicans also now believe in the raising of the minimum wage.