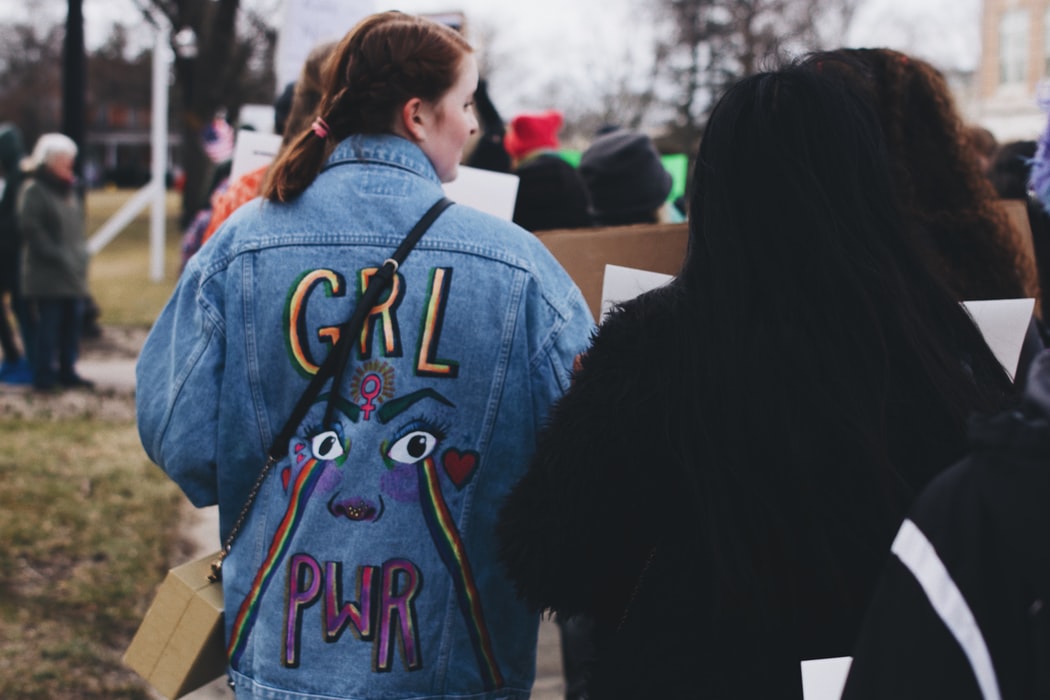 Empowered youths are taking to the streets, voicing their criticisms toward global issues and seeking ways to combat major global issues such as climate change. Young girls are taking a stance on the global stage with a vision of a better future and a purpose to protect their rights. The proclamations and assertions they make in public spaces are often taken as an act of defiance against both adult authority and traditional forms of adult activism — a common misconception of the youth due to the ways in which we are socialized to believe that girls are “too young and feminine” to create social change. Notable youth activists like Greta Thunberg, Malala Yousafzai, Jazz Jennings, and Autumn Peltier are trivialized due to the assumption of a lack of experience, skills, and knowledge — a judgement easily made because of their age and gender. Authority figures feel the constant need to shape youths into thinking and behaving the same way; however, this only reveals the incompetence or lack of maturity of these so-called “authorities.” The tendency to trivialize their capacity for innovation and critical thought is rooted in the fact that society is very trained to thinking this way due to the kind of spaces — both offline and online — that prohibit the youth from being heard without bias or judgement.

What does it mean to be a young girl in this new decade? How do young girls defy the status quo and reinforce new meanings of girlhood in the public sphere? How can we reconcile “girlhood” as an identity wrought with both complexity and empowerment? Before delving into its modern perception, the history of girlhood and its study continued unfolding through Catherine Driscoll’s work titled “Girls Today: Girls, Girl Culture and Girl Studies.”

Spearheaded by Eliza Lynn Linton, the 1868 diatribe titled “The Girl of the Period” in the context of the 1867 Reform Act provides insight into how girlhood culture began during this time period. According to Catherine Driscoll, Linton’s work highlights how “girls’ new access to literacy and education forcefully impacted, both rhetorically and practically, on their economic, political, and sexual life, and the other way around.” It is no surprise then that girls’ lifestyle and behaviour were subject to public scrutiny and criticism. This, in turn, shaped the ways in which girls performed their identities — identities confined within the household or influenced by patriarchal ideologies. With the emergence of women’s suffrage, girlhood was questioned as a “site for concern about the effects of cultural change.” The post-World War 1 period, in particular, emphasized the teenager “to take on iconic status” as an identity represented in popular culture. The 60s and 70s saw the teenager as a “key economic force and girls, seen to prolong this teenage phase of consuming for identity far longer and blur it into the consumer power of the housewife, had become more crucial still.” This history is important to understand because it shows how past ways of thinking have and continue to inform our ways of meaning making today. Girlhood history is meant to inform, challenge, and question the oppressive systems that prevent young girls from performing their authentic selves. As young feminists look at the past, they now have the background knowledge and the impactful tools of communication (art, media, and technology) to dismantle stereotypes attached to their identities.

In the past decade, the world has witnessed empowered women fight against injustice, inequality, and sexism through multimedia platforms. From promoting girls’ rights to education through a fundraiser, saving the world from an environmental crisis, fighting for the right of clean water, to publishing an autobiography on one’s life as a teenage transgender, young girls have been more vocal and transparent in their protest against adult authority, tradition, and social norms. In her most recent United Nations speech, Greta Thunberg, a Swedish climate activist, shares how the neoliberal system is impeding governments and privatized companies from acting on this global crisis. In the World Economic Forum in January 2019, she called world leaders to take a stronger and immediate initiative to fight against climate change. She stated, “I want you to act as if the house is on fire, because it is.” Travelling to the forum for 32 hours via train, Greta reminds us to lead by example and to start these changes through our personal habits and lifestyles. Malala Yousafzai, a young girl from Pakistan, started her own fund called the Malala Fund — “a charity dedicated to giving every girl an opportunity to achieve a future she chooses” — with a vision to “continue [the] fight until every girl could go to school.” Malala continues to campaign for girls’ rights to “free, safe, quality education” while studying Philosophy, Politics and Economics at the University of Oxford. Jazz Jennings, a transgender teenage girl, digital creator, and young educator, has published a book on her life entitled Being Jazz: My Life as a (Transgender) Teen. In her work, she discusses her journey and the public response toward young transgender lives. Her story is, in itself, a form of resistance in which she uses the written word to amplify the voices of teenagers who share the same life story as her. It also reflects how girls themselves are the masters of their own existence — they, too, have the capacity to wake public consciousness through their skills and talents. Clean water activist Autumn Peltier is also breaking stereotypes attached to Indigenous girlhood — a girlhood that Sandrina de Finney describes as a “decolonizing force” — by fighting for her people’s right to clean and healthy water. During the Global Landscapes Forum, she stated, “Maybe, we need to have more elders and youth together sitting at the decision table when people make decisions about our lands and waters.” de Finney states how “girls enact presence when they contest their positioning as invisible by physically, spiritually, and symbolically (re)occupying the places that hold their ancestral connections as First People.” This “presence” is described as “all relations of ancestors, living things, trees, water, and other powerful energies [that] draw on generations of communal knowledge.” Although media has emphasized these girls’ work in the global stage, there are many platforms and media in which girls exercise their resistance and activism.

Sites of Resistance for the Modern Girl

Today, pop culture is perceived as a site of resurgence and resistance for young girls to repair and dismantle tropes that diminish their capabilities. Online spaces such as social media networks become pedagogical symbolic resources of recreating new meanings attached to girlhood. These advanced technologies channel the reflections of young girls and bridge the knowledge gap for adults. In Jessalyn Keller’s work titled “Making Activism Accessible: Exploring Girls’ Blogs as Sites of Contemporary Feminist Activism,” she elaborates on blogging as a form of girlhood activism and feminist movement in the lines, “While different language may be employed by contemporary bloggers, the goal remains the same — to make feminism appealing to more girls and women in order to spark a feminist consciousness. … [We] should recognize the complexity of these spaces as innovative ways in which girls are producing online media to make their own voices as activists heard in a particular space.”

It’s Not Over for Girlhood Activism

Although girlhood is both a concept and identity bound to certain cultural norms and stereotypes conflated with notions of boyhood, girlhood is and can be more than what we are trained to think of it as. Girls all over the world are continuously creating impact in their communities through their resilience, insight, and creativity. Social change is an ongoing process and young girls are major contributors to it. They are independent thinkers with the ability to spearhead discourse that can change the future for the better.