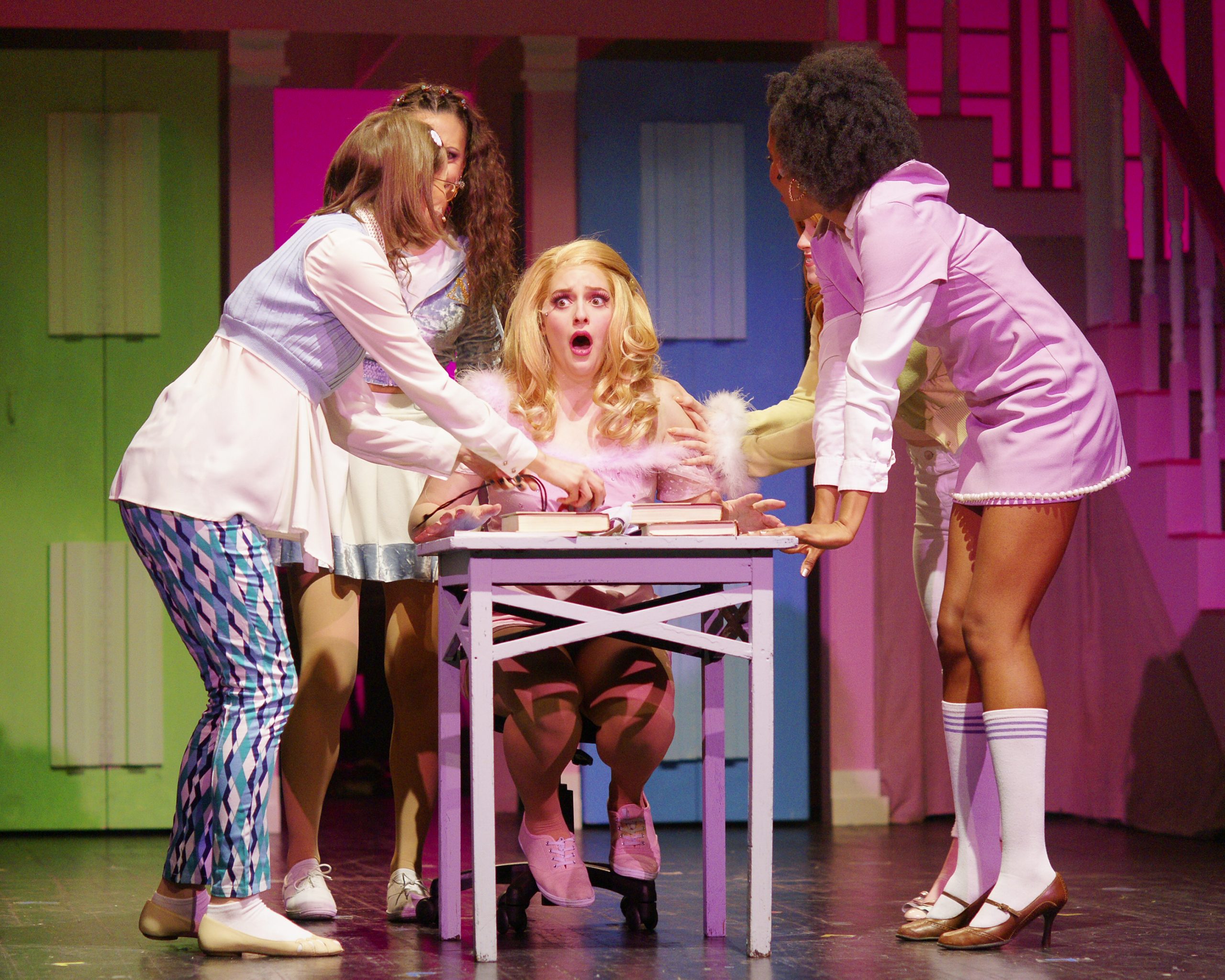 Legally Blonde is the kind of movie that matures as you do: from a vacuous chick flick to an empowering feminist narrative to a genuinely subversive, complex film. And the movie’s chameleon-like power serves to highlight its recurring theme: don’t judge a book by its cover. Legally Blonde invokes a truly radical feminism by showing viewers that hyper-feminine women, such as its protagonist Elle Woods, can not only be wildly successful at whatever they choose to pursue, but also that their femininity will not be an obstacle to success — in fact, it may even be an asset. The movie is a rallying war cry to all women who read Vogue devotedly, cry easily and unabashedly, and won’t leave the house without wearing at least one article of pink clothing; women who shouldn’t need to change a single thing about themselves in order to be taken seriously.

Legally Blonde: The Musical takes up this message with seriousness, even if it’s a pinker, more sparkly version of seriousness than viewers are used to. The song “Serious” acts as a catchy through line for the show, questioning what exactly “seriousness” means and examining the many ways it can manifest. When Elle shows up at a sophisticated cocktail party in a sexy bunny costume, Warner, her ex-boyfriend, calls it a perfect example of why Elle is not “serious” enough to be his girlfriend — yet, as Elle smartly points out, Gloria Steinem wore the same thing when researching for her seminal tell-all article, “I Was a Playboy Bunny.” Later, Elle sums up the whole serious/unserious dichotomy with her retort, “This is not some little sorority thing… no, it’s some big sorority thing.” Legally Blonde: The Musical joins a tradition of work that redefines what is important, or “serious,” by rejecting the trivialization of women’s issues.

Hart House tackles Legally Blonde: The Musical in a red-hot dazzling show full of comedy, glamour, and heartfelt, empowering moments. The show opens on a well-manicured, technicolour set, courtesy of set designer Holly Meyer-Dymny, that is both aesthetic and versatile: polished enough to play home to Harvard University while fun enough to house a gaggle of giggly sorority sisters. Legally Blonde: The Musical instantly begins reproducing clichés of femininity with its campy opening tune “Omigod You Guys.” Here, reductive stereotypes of women — such as the “smart” sorority sister wearing glasses and unglamourous clothing — all serve the larger function of subverting the show’s focal stereotype: Elle. Everything about Elle is over-the-top and flashy; everything about Elle is smart and calculated.  Legally Blonde: The Musical works to remind audiences that these two “opposites” are not in fact contradictory at all, but rather complementary.

Hart House does the musical justice. The cast and crew are technically skilled and wildly talented, the performance is funny and charming from start to finish, and the show is full of soul and unapologetic feminism. Moulan Bourke gives a standout performance as a perfectly cast Paulette. Gregory Carruthers’ choreography is exciting and fresh, showcasing the ensemble’s flair and talent, and Kathleen Black’s costumes are both gorgeous and evocative, using fashion as a vessel for feminist political statements.

Of course, Emma Sangalli wholly stole the show as Elle; she is nothing less than radiant in her hot pink one-piece suit, carrying a bedazzled briefcase. Her comedic timing is spot-on and her voice incredible: she modulates her performance so as to be sweet or powerful in turns, and the effect is that sometimes Elle manifests as a dreamy, naïve girl and other times as a strong woman, rallying the fight against the patriarchy.

The point is that Elle is both. Elle contains multitudes. The show’s director, Saccha Dennis, writes, “Elle is the French pronoun for she. This is not just an Elle Woods story, this is a story for anyone who identifies as a she, as a person who dares to dream and wants to reclaim their place in the world and will stop at nothing to be seen and heard, while still looking fabulous!”

Legally Blonde: The Musical is a must-see for anyone who remembers loving the movie — or who remembers hating it. Catch the show at Hart House until February 1.