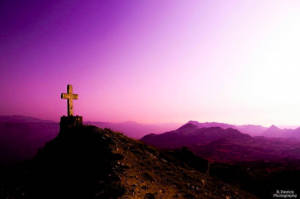 Lent and the value of avoiding temptation

Last year was the first time I partook in Lent. I gave up video games – something I felt would be challenging but manageable. It was a little more challenging than I initially expected, but I did somehow manage. I told myself that once Lent was over, I could play video games for six hours straight with no reservations.

When the end of Lent rolled around, I realized that despite how much I wanted to play video games during Lent, by the time it was over, I just didn’t think about playing video games all that often anymore.

That’s not to say that Lent took away the happiness I derived from video games – rather, it helped me realise that I could be happy and enjoy things other than those games I used to always play. Playing video games became a want that I could control, rather than a (pseudo) need that I just had to satisfy.

In giving up your greatest temptation, the thing that takes up far more time than you would like, you open yourself up to spending more time on the things you genuinely want to do. I’ve also noticed that avoiding temptation requires evaluating your temptations when you have them – it’s a habit I built up over the course of Lent, which I still apply to things today.

Everything you do has a cost. Be it time, money, or effort. You spend something on each decision you make, that you will not get to spend on something else. Giving something up does not mean you are forced to sit in a void where you simply get nothing. Choose to try something new, pick up that hobby you haven’t spent enough time with, try getting an extra reading done for the day.

Give up something to gain much more.

Even if you aren’t Christian, or you haven’t tried Lent before, I suggest giving it a shot this year.

You’re far more resilient than you probably gave yourself credit for last year. But, at the same time, isolation can lead to a monotonous acceptance of how things are. Try giving up something that you feel guilty for spending so much time on and see how much you gain – knowledge about yourself, growth spiritually, a good habit.

During a time where everything seems like it’s out of your control, it can be so valuable to take back that power.

It may seem counterintuitive, denying yourself something to take back power in your life, but we’ve all experienced the feeling of giving in to something and then immediately regretting it afterwards. The difficult thing is, when we resist temptation, sometimes we don’t get an equally strong positive emotion.

But Lent is different.

You see, Lent is perfect for goal-setting – the length of time is long enough to build a habit, but not so long that it feels like forever. There are a ton of people who are also going and have gone through it and who can hold you accountable; and the terms are well-defined (just give up that one thing that has been taking the focus out of your life).

You are renewed at the end of Lent.

This year, I’m giving up…

Binging shows aimlessly is super tempting for me these days but doesn’t make me feel much better after I do it. A true guilty pleasure – expect there’s not that much pleasure, and there is a ton of guilt. If I can give up Netflix, you can try giving up a little temptation in life as well.

Will this be a bigger challenge than giving up video games?

Will it be worth it?