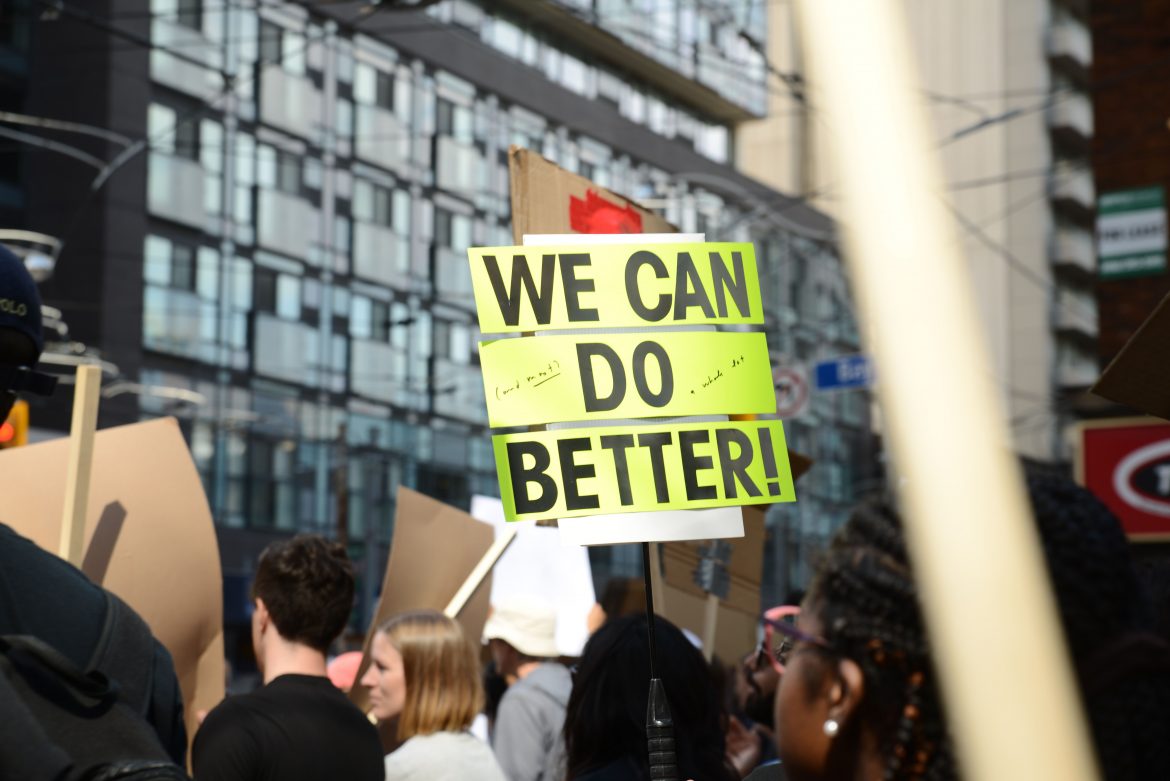 Despite COVID-19 restrictions, the advocacy work around numerous causes has continued, many of which were sparked or renewed by tragic events such as the death of George Floyd last May. While Black Lives Matter (BLM) mobilized with protests and marches in the United States and cities around the world — including Toronto — many supported from afar, opting to donate funds or drive the message forward on social media instead.

One such collective action was Blackout Tuesday, during which many posted a solid black square on social media in solidarity of the movement. While this certainly garnered much attention, it also brought a host of criticism. Some argued that many users posted the square merely as a form of virtue signaling, while others reported that the use of the #BlackLivesMatter and #BLM hashtags crowded out the communication of important information about police actions and protests on the ground, since the respective hashtags ended up being flooded with black squares.

This example raises several important questions that have long been present within activism. What constitutes an activist, advocate, or ally? Can anyone assist a movement how they please, or are there actions that, on their own, would be “too little” to be helpful, and may even be harmful to a cause? If an action benefits the ally more than the cause (by bolstering one’s reputation or social standing, for example), should we endorse or condemn it? And how do we distinguish between performative activism and those who may just be engaging less due to limited personal capacity?

The first question can largely be answered with some clarification of the terminology. In my (relatively limited) research on the matter, people tend to distinguish between activism, advocacy, and allyship roughly as follows: activism is the vigorous work of those on the front lines; advocacy is the public support for a cause, often animating others to join the movement; allyship is elevation of the work of activism and advocacy, often through association by outsiders. This seems to support somewhat of a tiered relationship between the three, with activism denoting the most involvement and allyship denoting the least.

This being said, issues that affect everyone or almost everyone have little to no obvious distinction between insider and outsider, making it easier for anyone to adapt their roles within a cause depending on their needs and motivations. However, this comes at the cost of making it more difficult to identify clear goals and leaders within a movement. This seems to be particularly true for causes such as environmental advocacy and the Occupy movement, which can amass broad support but struggle with agreeing on specific strategies or policy recommendations. In these spaces, even if a single action may be individually inconsequential, the causes are so wide-reaching and internally diverse that they can generally create collective impact without significant drawbacks.

The opposite challenges arise when considering issues that are tied to people’s identities. For example, in supporting the aforementioned Black Lives Matter movement, allies have to prioritize amplifying the voices of Black individuals with lived experience and must be careful not to drown out the work of more fervent activists. Here there is a clear group of insiders in the cause who are directly affected by it and are leading the demands for change, and the allies who support and amplify the movement from the outside.

Not every cause fits neatly into one of these two camps though. In my own work as a mental health advocate, I have found that the line between insider and outsider can be particularly blurry. Does a person need to have suffered from a mental illness or a long period of poor mental health to be considered an insider? What about family, friends, or even acquaintances of someone struggling with their mental health— how much should they speak up, and how much space should they leave for those with firsthand experience? What about survivors of traumatic events or suicide? Surely it would be safer to allow their loved ones and caretakers to speak on their behalf than encouraging them to potentially relive their trauma for the sake of the cause. And besides, isn’t mental health something that affects us all?

We could also factor in conditions such as social anxiety and depression that can hinder or completely inhibit those with lived experiences from speaking up for themselves. Or, perhaps, consider the intersections of people’s struggles with mental wellness and their age, race, religion, culture, class, or sexuality. It becomes evident rather quickly that definitions are far from universal, and these distinctions between advocate and ally or insider and outsider, cannot be applied equally to each cause.

In the end, activism is a space that pushes for societal change, so it too is subject to change. While definitions and distinctions may help organize and discuss social movements, considering the unique histories, norms, and needs of each cause is ultimately more important. Promoting justice is, and always has been, a careful balancing act between everyone’s unique needs and demands, and it is far from easy. However, if we each take the time to listen and reflect before we act, we can rest assured knowing that while we might not go as fast, we will certainly go far.