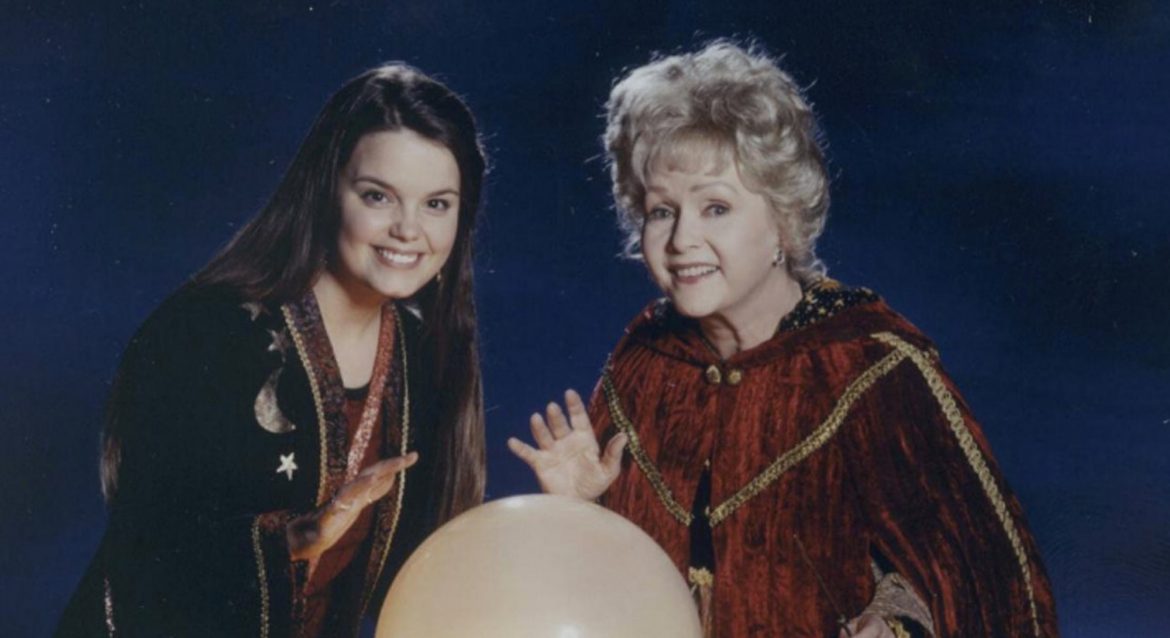 How Halloweentown is a classic, nostalgic motion picture we look forward to watching every year.

Every year, when October comes around, the entire world fully immerses itself into the autumn season. Pumpkin patches and apple orchards are bustling with people, pumpkin baked goods are consumed, and all of the iconic classic Halloween films are watched over and over again. Halloween is the perfect time to reconnect with the child within us. Nostalgic films like Halloweentown are watched year after year because of the warm and fuzzy feelings portrayed throughout the film, as well as its ability to bring magic to life.

Halloweentown, directed by Duwayne Dunham and written by Paul Bernbaum, is a children’s adventure comedy film that introduces a young girl named Marnie who discovers she is meant to be a witch. Alongside her mom, her Grandma Aggie, her siblings Dylan and Sophie, Marnie and her family must work together to use their magical powers and defeat the evil forces of darkness to save Halloweentown.

Because Halloweentown is classified as a children’s adventure comedy movie, it’s important that the film contains life lessons that a younger audience can easily pick up on, and the directors of the film executed this seamlessly. The character development throughout the film is evident through each character, and you know you have a good plot line when your characters have changed in some way by the end of the movie. Children are able to learn from Marnie’s mistakes and watch her transform throughout the duration of the movie in an entertaining way. Throughout the film, the audience is taught several valuable lessons, as seen primarily through the characters of Marnie (played by Kimberly J. Brown) and Grandma Aggie (played by the late Debbie Reynolds)

Marnie, our protagonist, is a rebellious teenage girl with a passion for Halloween. She quickly discovers that her mother is keeping a large part of her identity from her when in the beginning of the film, her mother says that because Marnie’s father was human, Marnie will be raised in the mortal world. Marnie refuses to respect her mother’s wishes, and as a result she sneaks off to Halloweentown with her grandmother and brother. While children should not be encouraged to disobey their parents, it is seen later in the film that Marnie’s mother scolds her for disobeying the rules. The writers made sure that Marnie wouldn’t get away with her actions, which is a good example for children to learn.

However as we grow older and rewatch the film each year, we can see it in a different perspective. We are able to live vicariously through Marnie’s character and feel as though we too are becoming. As Marnie slowly but surely navigates her new powers, we see the conflicts with her brother Dylan as he often doubts her ability to create the perfect potion and save Halloweentown. Despite Dylan’s doubts, Marnie perseveres and never gives up on herself, even during the toughest moments in the film. She even learns to trust Luke at the end of the movie, when she lets him help her light the magical pumpkin and defeat Kalabar. The lessons learned here are still applicable to any member of the audience; the ability to have faith in yourself is something we will always need to do, no matter the tasks we are faced with. When Marnie is able to trust Luke and put aside her differences with her mother and Dylan to save Halloweentown, the film is proof that if you believe in yourself, you can achieve anything.

Another character in the film who teaches us to always remember the child within us, is Grandma Aggie. Throughout Halloweentown, Grandma Aggie is the source of positivity. When Marnie has doubts about how to use her magic, she explains in the middle of the film that “magic is very simple; all you need to do is want something and let yourself have it.” This exclamation that magic is as easy as letting yourself have what you want provides the illusion that we can experience magic in our day to day lives. Magic doesn’t always have to be exclusive to mythical practices, but it applies to practically everything. Moreover, wanting something and letting yourself have it is what encourages Marnie to never give up; she wants to save her family and Halloweentown, and as a result, she uses her magic to get what she wants. The simplicity of magic is presented in an interactive way that the audience can have magic as well, which is what makes the movie all the more engaging.

Finally, the entire set of the movie exudes Halloween; the town is filled with pumpkins, monsters, vampires, and more. While the makeup and costume design isn’t exactly very realistic, we need to remember that the movie came out in the late 90’s. For its time, the film did a pretty good job portraying a world of monsters and witches quite well. To be fair, as kids we couldn’t really tell the difference!

It’s no doubt Halloweentown continues to be loved year after year. Originally premiered in 1998, the film brings back memories of our childhood; curled up in a blanket and indulging in the magical world of Halloweentown as we continue, and will continue to do so, every year. The film truly brought Halloween to life, and as kids, taught us some very valuable lessons. The series was so successful, they made 3 more movies; Halloweentown II: Kalabar’s Revenge, Halloweentown High, and Return to Halloweentown. This unique movie series is a cult classic because of it’s incredible ability to bring magic to life– hopefully our future children can enjoy this movie as much as we do.