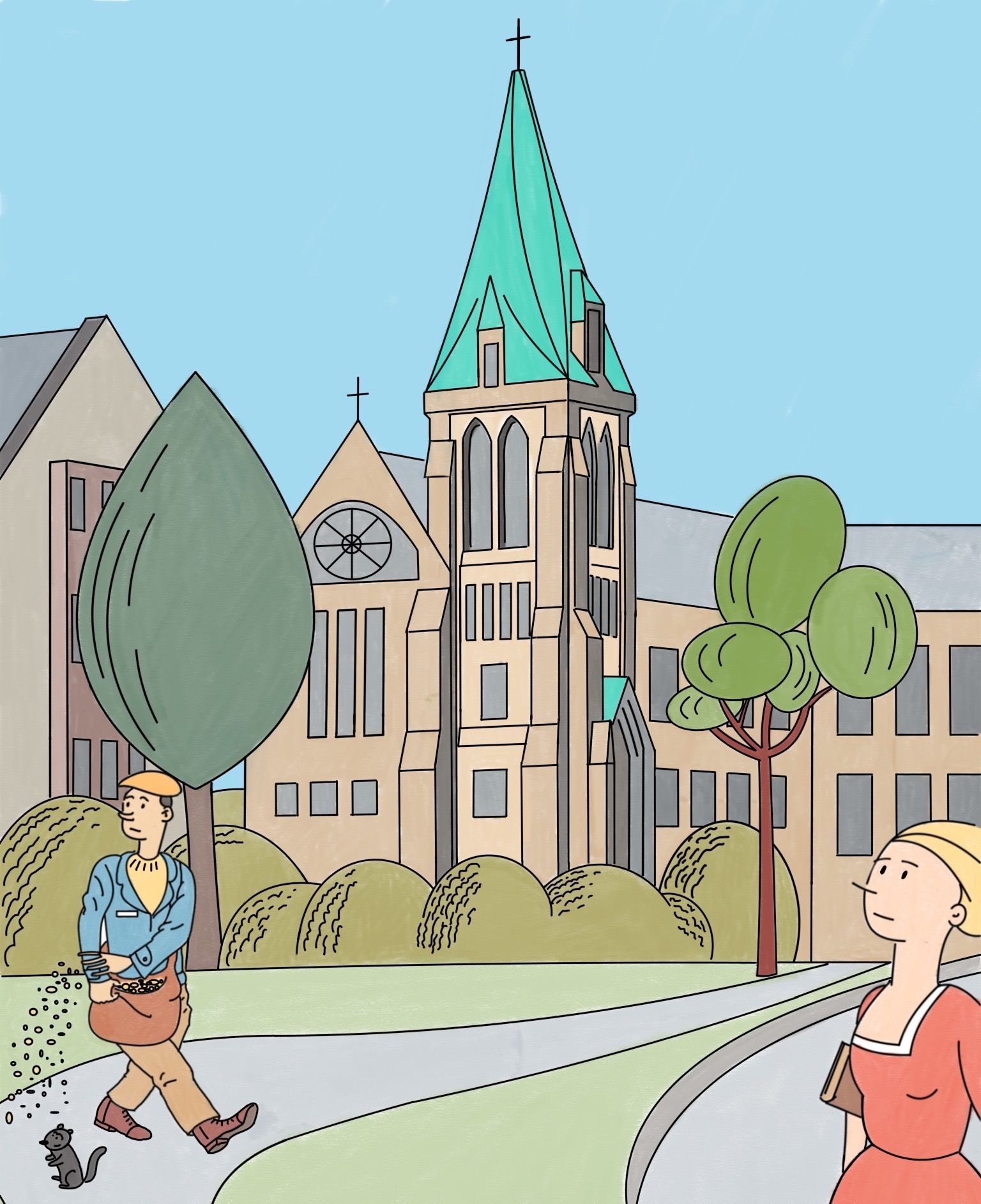 The members of the 95 Action Group began a petition to pedestrianize St. Joseph Street, which the petition refers to as the “gateway to the University of Toronto” (U of T). This movement is an important step toward improving student safety and encouraging the growth of communal and cultural spaces on campus.

The 95 Action Group members are advocates for the St. Joseph Street community, and have previously opposed the redevelopment of 95 St. Joseph Street into condos and proposed designating the historic Newman Hall chapel as a heritage site. The group’s goals often align with St. Mike’s students’, as they generally involve community building and safety on and around St. Joseph Street.

The proposed motion to pedestrianize St. Joseph Street was originally put forth by Effie Slapnicar, Bursar and Chief Administration Officer of the University of St. Michael’s College (USMC). The petition invokes Scott Mabury, the Vice-President of U of T Operations and Real Estate, to include this pedestrianization movement in the U of T Secondary Plan. The petition states that the movement will “improve student safety at a location where significant concerns have previously been expressed, enrich the campus to make it more attractive to potential staff and students, and harmonize it with its surroundings.”

Dara Beard, member of the 95 Action Group, states that this community movement “would improve student safety considerably, as well as [provide] the whole community with a wonderful asset.” Vehicular traffic along St. Joseph Street has caused safety concerns for pedestrians, cyclists, and especially for USMC students traversing the street to get from Brennan Hall to Kelly Library. Pedestrianization of St. Joseph Street aims to eliminate the risk of vehicular accidents.

This movement is situated in a pattern of endeavours to ensure that the U of T campus is a safe space for pedestrians, many of whom are students. Three new traffic lights may be installed at Queen’s Park Crescent if approved by Toronto City Council in a bid to enhance pedestrian safety at this dangerous location. CBC Toronto discovered that most motorists driving along this important student crossing site were exceeding the speed limit, thus the additional traffic lights would foster a much-needed feeling of safety in pedestrians.

The movement to pedestrianize St. Joseph Street privileges pedestrians and cyclists over motorists travelling through campus. Through simply prioritizing foot traffic over vehicular traffic, U of T would display its dedication to environmental concerns and the effort to combat climate change as well.

Pedestrianization would potentially work toward a more sustainable campus and encourage the development of open campus space and community sensibilities. The petition reminds readers that “the considerable benefits of pedestrianizing St. Joseph Street” would be more far-reaching than simply improving student safety, and “would include making the neighbourhood more vibrant, encouraging creativity in public art and open air and cultural events, as well as providing a sense of space and connection for the community.”

“This also means that the residential spaces at 1000 Bay condos — [which] have their current access off St. Joseph Street — are also actively supporting the plan,” Robinson continued. “The proposal as it currently stands [states] that the far eastern end of St. Joseph would retain vehicular access to facilitate access to 1000 Bay’s underground parking facilities.”

Signing 95 Action Group’s petition will help promote the issue and ultimately enact pedestrianization. “The signatures will show that the community supports the proposal for pedestrianization,” Robinson said. “The more people sign, the greater weight is likely to be given to the proposal by the City of Toronto.”